Matt Lauer's Congratulation to Hoda Kotb As She Replaces Him on Today Show, See More Details! 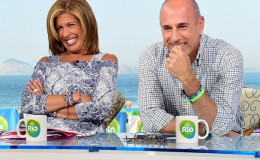 Former Today co-host Matt Lauer who was accused of sexual misconduct by many women congratulated Hoda Kotb, former After She Replaced Him on Today Show. Kotb happy in relationship with Joel Schiffman and together adopted a baby.

Matt Lauer shocked us all when he was fired from NBC and his job as anchor of the Today's Show was terminated over allegations of sexual misconduct.

And everyone was speculating over who would replace the most liked and most popular anchor, Matt but the wait is finally over. NBC announced on Tuesday morning that Hoda Kotb will be the replacement of Matt Lauer and she will be the co-anchor of NBC's hit show Today Show. A Big Congratulations to her!

Daytime Emmy Award winner, Hoda Kotb has been officially named co-anchor of Today Show and Kotb is all happy and proud after Matt congratulated her early in the morning via text message.

Matt was fired from the network over the accusation of his sexual harassments to many female colleagues and other women. 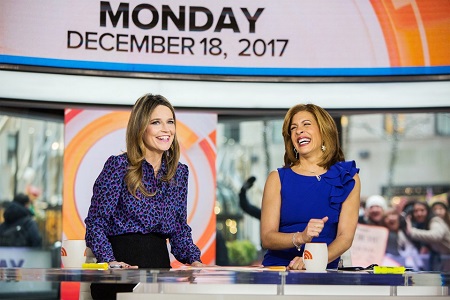 "He was sweet this morning. Certain texts popped up, and there was one from Matt: 'Congratulations!'" And he said some nice words."

Kotb will join Savannah Guthrie for two hours a day, starting 7 a.m. and other co-hosts Carson Daly and Al Roker will also join the team

NBC made the announcement on Tuesday morning broadcast on Today's show. Guthrie dropped the big bomb on the morning segment stating,

"This has to be the most popular decision NBC News has ever made, and I am so thrilled. Hoda, you are a partner, and a friend, and a sister, and I am so happy to be doing this."

Reacting to the news, Kotb expressed her excitement saying,

"I'm pinching myself. I think that we should send some medics to Alexandria, Virginia, where my mom has likely fainted after hearing the open of that show."

Matt Lauer has remained underground ever since he got dragged into the scandal and he's spending more time with his family and kids. The former host admitted his wrongdoings and came clean, releasing his apology to the public, expressing how sorry he's for the pain and sorrow he has caused others.

And now, after the declaration that Hoda who's in a relationship with New York financier Joel Schiffman will replace Matt, he humbly congratulated the reporter privately.