Today Show's host Matt Lauer got fired yesterday on November 29 from NBC after an employee accused the anchor alleging 'inappropriate sexual behavior" in the office along with two more complaints of sexual assault.

Today Show's host Matt Lauer got fired yesterday on November 29 from NBC after an employee accused the anchor alleging 'inappropriate sexual behavior" in the office along with two more complaints of sexual assault.

Andre Lack, the chairman of NBC News, announced through a memorandum, confirming that they fired The Today Show's host Matthew Lauer releasing the following statement,

"On Monday night, we received a detailed complaint from a colleague about inappropriate sexual behavior in the workplace by Matt Lauer. While it is the first complaint about his behavior in the over 20 years he’s been at NBC News, we were also presented with a reason to believe this may not have been an isolated incident. As of that date, the name of the complainant had not been revealed but The New York Times had met with the relevant individual; the article states that "she said she was not ready to come forward and tell her story publicly."

With the shocking news, several other cases of sexual harassment by the anchor is surfacing around the media. One incident takes us back to 2001 when he called a former employee to his office, and he forced himself upon her and had sex until she passed out. 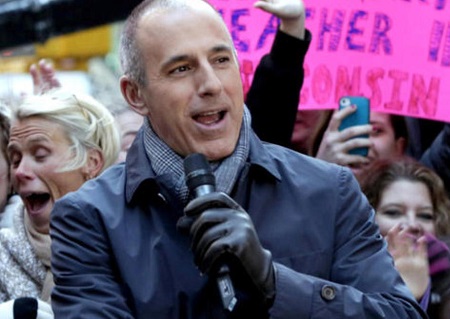 She woke up with her pants halfway down her legs, and Lauer's assistant had to take her to see the nurse. The woman who was in her 40s at the time further revealed that he had made sexual advances towards her while covering a story together in the late 1990s.

Not only this, another claimed that Lauer called a female employee to his office and "dropped his pants, showing her his p****." The woman strongly denied to get engaged in any sexual activity but he allegedly "reprimanded her for not doing what he told." 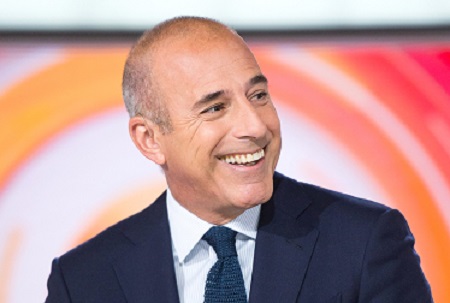 Lauer, 59, had sex with a former employee until she passed out in his office
Source: Today Show

Also, one time he gifted a female employee, a sex toy with an offensive note quoted with "how he wanted to use it on her."

And in the wake of Lauer's firing news, TMZ released a footage of Lauer, some 11 years ago, while working with co-host Meredith Vieira, commenting on her sweater when she was bending over. 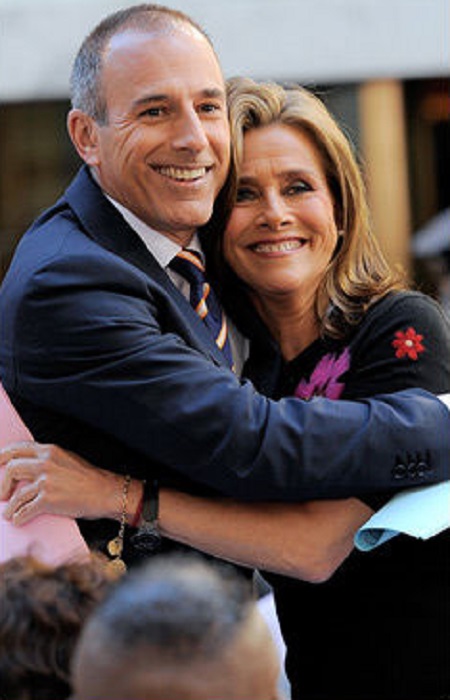 Matt made a lewd comment to his co-host Meredith asking her to bend over
Source: TMZ

During the commercial break, he was seen sitting on the couch as Vieira stands up with a microphone attached to her shirt. Vieira bends over to grab some papers and Lauer looks right at her making a lewd comment, "Pretty sweater. Keep bending over like that. It's a nice view."

Back in September, Matt interviewed the former Fox News host Bill O'Reilly who was accused of harassment asking him how he send offensive sex messages and how it made the women felt about him, and now the tables have turned, and all the fingers are pointing towards him. Matt has yet not made any comments regarding the allegations.