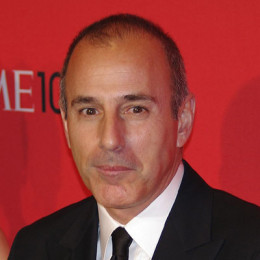 An American talented television journalist who was chosen as one of the 50 Most Beautiful People in the World by the "People" magazine. He is son to Robert Lauer and Marilyn Lauer. When he was a teenager, his parents got divorced and after some years of divorce, he suffered from sad demise of his father. Currently, he is working as the host of NBC’s The Today Show. He received his undergraduate degree from Ohio university. He started his career as a producer of TV show named 12 o’clock news for WOWK-TV in Huntington.

Matthew Todd Lauer was born on 30 December 1957 in New York City, New York to the family of  Jay Robert Lauer and  Marilyn Lauer (née Gentry). His father was a bicycle-company executive and his mother was a boutique owner. His birth sign is Capricorn.

His parents separated with an official divorce when he was still a young kid. 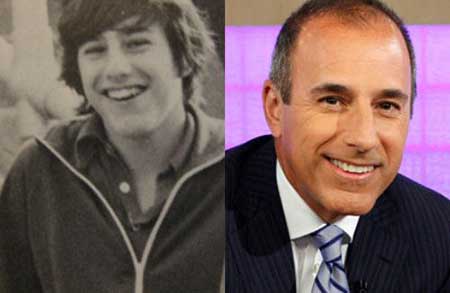 He received his undergraduate degree from Ohio University in 1997. He attended the school's Scripps College of Communication and School of Media Arts and Studies. He stands at a height of 5.90 feet (1.8m).

Lauer started his professional career working as a producer for WOWK-TV in Huntington in 1979. He co-hosted Fame, Fortune, and Romance in 1986. He worked ESPN, WNEV-TV, and WWOR-TV in the late 80s and early 90s.

In 1991, he appeared as a co-host of "Etc., Etc." on the Travel Channel. He moved to WNBC in 1992 with Jane Hanson. He co-hosted Live at Five with Sue Simmons for three years.

While working for WNBC, he appeared on NBC networks many times. He officially joined NBC News in 1992 as a newsreader on The Today Show. He anchored NBC News at Sunrise from 1992 to 1997.

Besides working on The Today Show, he also hosted on Discovery Channel and MSNBC. He interviewed Prince William and Prince Harry in June 2007.

NBC News declared that Lauer had been terminated from the network on 29 November 2017 after a female employee addressed that she was sexually harassed during the 2014 Winter Olympics in Russia.

"On Monday night, we received a detailed complaint from a colleague about inappropriate sexual behavior in the workplace by Matt Lauer. While it is the first complaint about his behavior in the over 20 years he’s been at NBC News, we were also presented with a reason to believe this may not have been an isolated incident. As of that date, the name of the complainant had not been revealed but The New York Times had met with the relevant individual; the article states that "she said she was not ready to come forward and tell her story publicly."

Further, she admitted that the harassment continued after they returned to New York. As it was the first time Lauer was accused of such sexual allegations over 20 years of his work on NBC, the network finally came with the decision to terminate his contract after going on independent investigations on his behavior.

The sexual harassment and assault were published by The New York Times and Variety.

Lauer apologized for his deeds in a statement and mentioned that part of the things said about him is untrue.

Lauer holds an estimated net worth of about $60 million at present. He made about $100 million over his career before the sudden downfall.

He purchased Richard Gere’s 12-bedroom waterfront house in 2016 in North Haven for $33 million. In addition to it, he is also the owner of Bright Side Farm, a world-class horse-training facility. He paid $3.5 million in 2012 for the 40-acre land in the Water Mill area where the farm is located.

He first worked at a clothing store where he earned $2.50 per hour. While on Today, he earned $4 million per year. He received about $17 million a year in 2006 when Katie Couric left the NBC network.

He got a sudden increment in his salary of $25 million a year. In 2016, Forbes declared him the fifth-highest paid TV host.

He sold his 11-room apartment on the Upper East Side for $7 million in April 2018. He also listed Hamptons home for $12.75 million after originally listing it for $18 million.

Lauer was previously married to TV producer  Nancy Alspaugh. The couple tied the knot in 1982. They maintained their relationship for seven years until 1989.

Later, he met his future wife on a blind date in July 1997. Lauer and Dutch model Annette Roque engaged after five months of dating and married on 3 October 1998 in Water Mill, New York in a private ceremony in presence of friends and family. 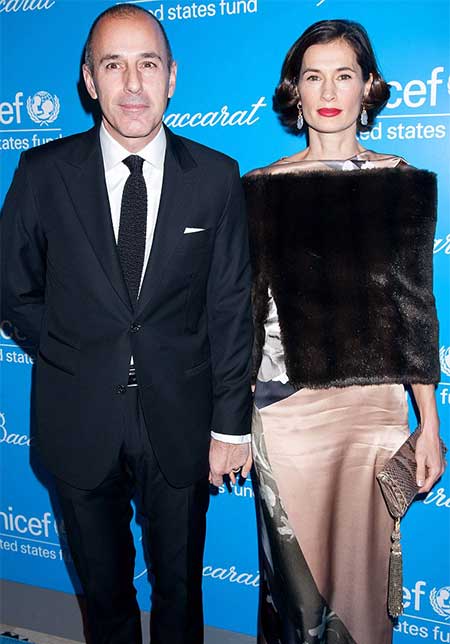 The couple has three children together; a son named Jack Matthew Lauer in June 2001, a daughter Romy Lauer in October 2003 and another son Thijs Lauer in November 2006.

Roque filed for divorce in 2006 during her pregnancy with her third child due to Matt's rumored affairs and his inhuman treatment. They made a quick understanding and withdrew the papers from the court within a few weeks after filing for divorce.

Five months being fired from The Today Show, his wife filed for divorce for the second time and it appears to be over this time. The divorce process is going on right now.

"I fully acknowledge that I acted inappropriately as a husband, father, and principal at NBC. However, I want to make it perfectly clear that any allegations or reports of coercive, aggressive or abusive actions on my part, at any time, are absolutely false."

Occupationally she was television producer. While she was married with him she didn't gave birth to any children.

Together they are parents of three children. There is rumor that she filed divorced against him but the court reconciled it.

He is the eldest son of the family. Interesting fact is that he left in the middle of the broadcast to attend delivery of his wife when jack was going to born.

She is very cute and adorable daughter of the family. She weighed 7lbs when she was born.

When she was pregnant before giving birth to Thijs she file divorced in court. Later on the couple reconciled.