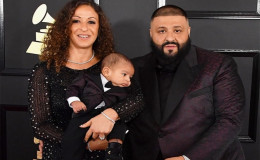 DJ Khaled is not married with but is engaged along with her longtime partner, Nicole Tuck and also has a child as well.

DJ Khaled; an American radio personality and a record producer is in a longterm relationship with Nicole Tuck. She is the owner of her small clothing line named, ABU apparel.

The couple is together for many years and is engaged to be married. They are even blessed with a baby boy and the family of three is living a happy and healthy life together. Let us find about more about DJ Khaled and his future wife Nicole Tuck.

Nicole Tuck's Relationship with her fiancé, DJ Khaled; Couple might get Married soon

The couple, Nicole, and DJ are together for many years. Nicole was with him during the initial phase of his career; both of them has faced the struggles and success together.

After being together for many years the couple finally got engaged and were about to start their life as a married couple. 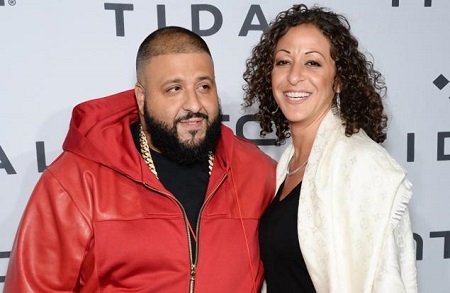 Nicole and her fiance in an event, Source: DJ Khaled Quotes

A rumor, however, nearly ended their long-run relationship. It was said that DJ proposed Nicki Minaj in MTV; though it was a publicity stunt to promote their new song the video actually broke the internet and people started speculating their relationship. Reportedly, the news also affected his relationship with Nicole.

Here you can see the video where DJ is proposing Nicki to marry him.

Later on, Nicki just mentioned it as a buzz and stated,

‘’ Nobody in my real life took it seriously. Everybody just hit me like, LOL. Yo, Khaled is crazy.' Khaled is my brother and Khaled was not serious with that damn proposal, ya'll. Please let it go. He was kidding. He's not attracted to me, he doesn't like me. We're brother and sister.’’ 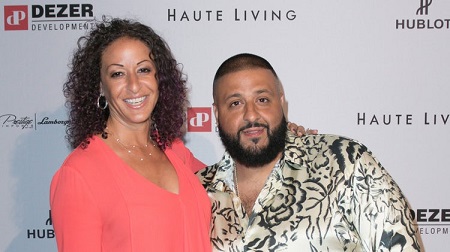 DJ and Nicole in an event, Source: In Touch Weekly

The relationship of DJ and Nicole is strong enough to deal with such controversy and their relation is above all those baseless rumors. "The couples that are meant to be are the ones who go through everything that is meant to tear them apart, and come out even stronger than they were before'.

The couple welcomed their first child together

The couple announced that they were expecting a baby in May 2016:

During the pregnancy, Nicole was also spotted at the 2016 BET Awards together with her fiance flaunting her baby bump. 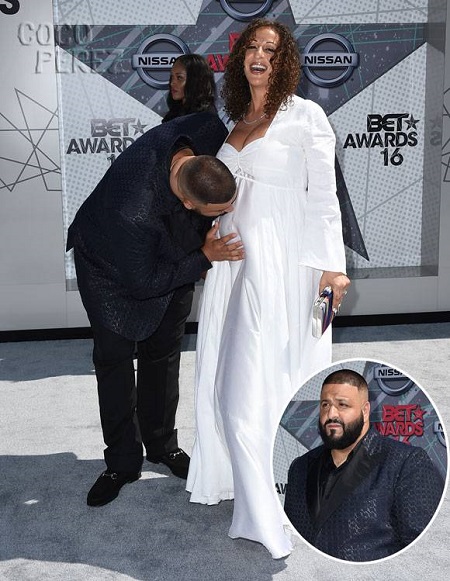 Finally, on 23rd October 2016, they welcomed their first baby and named him Asaad. The entire delivery was documented by DJ on his Snapchat. Moreover, he also posted the pictures of the delivery time on his social media.

Getting love from his god sister @msazzymilan on day 1 of life! Xoxo

When he was asked about the event he explained,

"The key is that I'm the king and every queen should support the king. I'm going to talk to the doctor and if the doctor says everything is gonna run smooth, meaning that we wanna make sure that the queen is right and my son is right. If it's running smoothly where I can just do my thing, I'mm Snapchat the whole thing."

Nicole’s career as a businesswoman

Nicole, a graduate opened her own clothing line in 2011 and named it ABU Apparel and was endorsed by her fiancé. ABU stands for ‘’Always Be You’’ which means believing in the person whom you see in the mirror or simply believing in yourselves.

Moreover, her collections were influenced by the fine arts, street arts, hip-hop music and various cultures and bi-racial as well.

She, however, is not operating the company these days and is busy working as a manager for DJ Khaled. 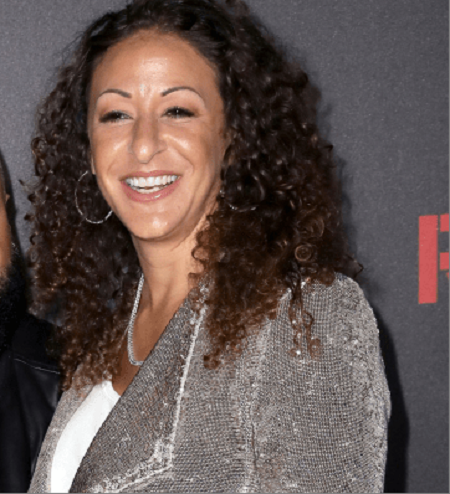