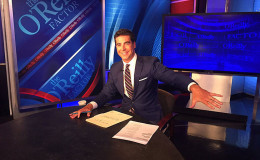 Gorgeous and stylish, Noelle Watters is the former reporter who used to work for the Fox News. She is the style guru and style counselor with all her different style mantras hosting the popular show iMag Style on Foxnews.

Although she remains under the radar these days, her husband, the handsome critic and guest host of a several talk show, Jesse Watters on the other hand, is still grabbing the spotlight everywhere in the news industry.

Jesse and his wife Noelle have been married for years and the couple is now a big happy family. Let's dive in to know all the details about this wonderful couple.

The details about how they met and fell in love still remains a mystery. However, in an interview with Joe Concha, Jesse revealed that he proposed his lovely wife Noelle at a bar in NewYork, without going on one knee but standing tall and handsome. 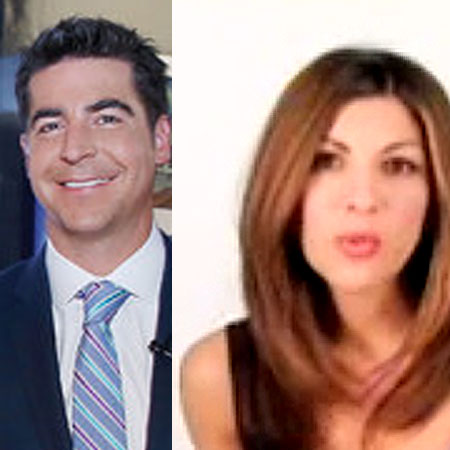 He revealed this while talking about Donald Trump's confession about how he, also didn't get on his knee while proposing the wife and America's First lady, Melania Trump. 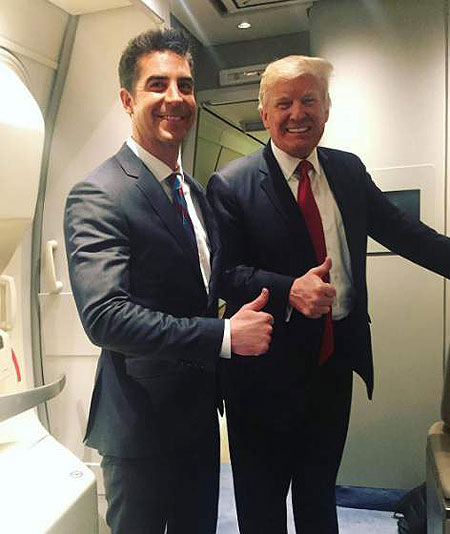 Jesse Watters with President Donald Trump in an interview.

Also, the Water's World show host, Jesse mentioned about his wife, Noelle while talking about romantic compatibilities between Republicans and Communists. 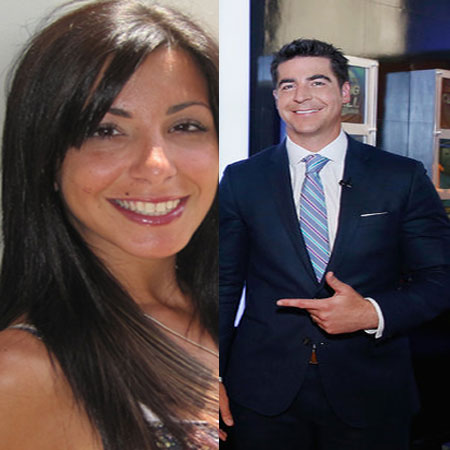 Both Jesse and his wife Noelle are Republicans.

And he too revealed that his wife, Noelle tricked him to believe that she had voted President Obama instead of Republican Mitt Romney that made him go crazy. He stated,

"When I was dating my wife, we were very simpatico politically. And then all of a sudden, after 2012, she told me she voted for Obama. And I was like, ‘Oh my gosh! Are you kidding me?'”

But it was all a prank set up by his clever wife and it became a funny memory for the couple. He also gave his thoughts about people dating with different political views quoting,

"I think the rule of thumb for guys: you can be some crazy tea party, right-wing conservative, but if the girl’s a communist and she’s hot, you’re in. I mean, it doesn’t matter as long as she’s hot." 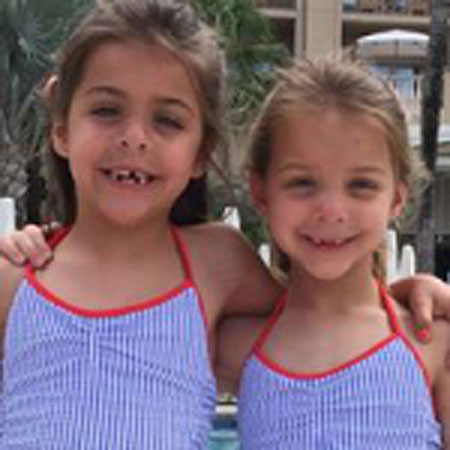 Noelle and Jesse's daughters- Elle and Sophia.
Source: My Life

Now, this couple shares two beautiful daughters, Ellie Watters, and Sophie Watters and lives together happily in their home in Halesite, NewYork.

Just here to measure the drapes

They have been together for almost a decade and there is not a single rumor about the couple getting divorced or having affair, so the couple is going pretty strong till now.

Noelle, Watters wife filed for divorce in the month of October 2017. Their wonderful married life turned upside down when the 39-year-old Fox News host had an affair with a 25-year-old associate producer.

He addressed his relationship with Emma DiGiovine shortly after his wife filed for divorce. The spokesperson said,

"Within 24 hours of Jesse Watters voluntarily reporting to the Chief of Human Resources in November 2017 that he was in a consensual relationship with a woman on his staff, management met with both parties and a decision was made for the woman to be transferred to work on another program on the network where she currently remains."

Their relationship came in the public eye when they started posting each others' images on social media. Soon, DiGiovine was transferred to 'The Ingraham Angle' show.

Sources say that the new couple is still dating. 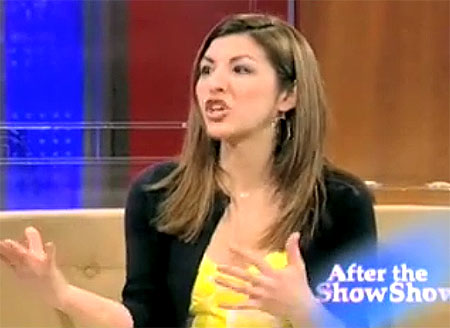