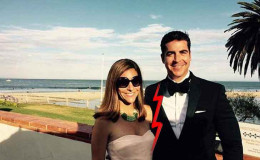 Jesse Watters was married to television host and fashion stylist Noelle Watters but the couple filed for divorce in October 2017. What was the reason behind that? Do they share any children? We have all the details here.

Jesse Watters and Noelle's seven years of marriage ended with a betrayal!

Donald Trump's favorite, Jesse Watters met with his now-estranged wife Noella while working at Fox News. Latter used to work in the advertisement and promotion department hosting a web show called iMag Style whereas the former was working for Bill O'Reilly's show. 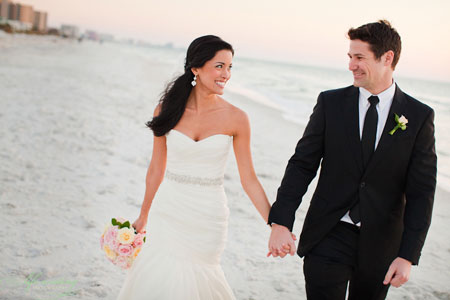 Jesse and his wife Noella Watters at their wedding.
Source: NavalWiki

Watters married to Noella Inguagiato in 2009. The duo is blessed with twin daughters in 2011 whose names are Sophie Watters and Ellie Watters. 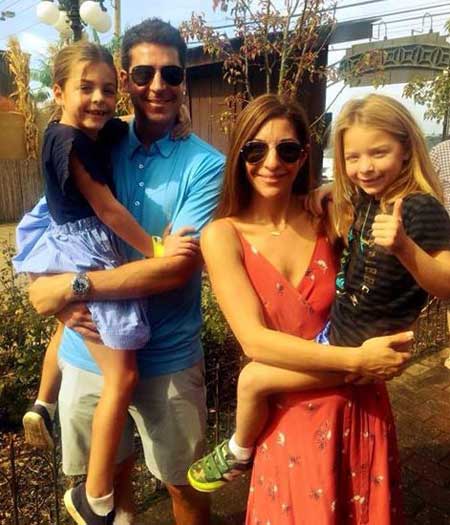 Jesse with his wife and kids.

Though the couple seemed so much in love, Noella filed for divorce last September as her husband Watters was found cheating on her with a 26-year-old Fox News producer, Emma DiGiovine.

'Within 24 hours of Jesse Watters voluntarily reporting to the Chief of Human Resources in November 2017 that he was in a consensual relationship with a woman on his staff, management met with both parties and a decision was made for the woman to be transferred to work on another program on the network where she currently remains.'

It was 2017 when his secret affair came into limelight as both posted photos on their social media on their outings together. DiGiovine was soon transferred to 'The Ingraham Angle' show. 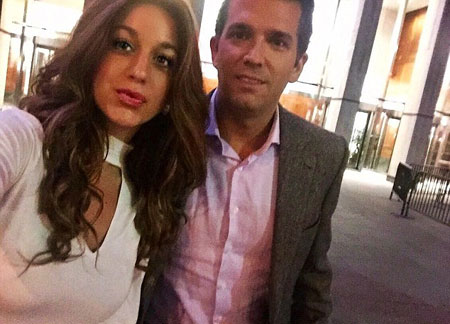 Some sources claim that they are still dating but both the parties have not commented on the rumor.

Watters is said to be Donald Trump's favorite cable news personality and even dined with him on 5th March 2017. Walter posted a picture of a dinner menu from The White House, "To Jesse you are great!" written by Trump on the menu.

As for now, Jesse and Noelle are living separately and the latter is living a low profile life since their separation.

A year after Noelle filed for divorce, she demanded him to pay her legal fees. While their divorce case is still pending, DailyMail.com revealed that she filed a motion on 1st October 2018 demanding for counseling fees.

Though the former duo filed for divorce in October 2017, the news of their split was made public on March 2018.

The new couple Watters and DiGiovine seem so much in love. They may get married soon!

Jesse Watters' Racial Behavior Got Him In Trouble!!

In 2016, Jesse stepped out taking his dudebro persona to the streets of New York City's Chinatown to ask Asians if they do karate or where he could buy some homeopathic herb for performance.

Throughout the interview, a 1974 song, Kung Fu Fighting was played in the background and was dispersed with funny videos. The mayor of New York City Bill de Blasio found that the act was 'vile, racist behavior and has no place in our city'.

Some of the other lawmakers and journalists condemned Watters for his behavior. The Asian American Journalists Associations also issued a statement,

"We should be far beyond tired, racist stereotypes and be targeting an ethnic group for humiliation and objectification on the basis of their race."

Later Watters tweeted about his statement apologizing to the people who found it offensive.

My man-on-the-street interviews are meant to be taken as tongue-in-cheek and I regret if anyone found offense.

Similarly, in April 2017, he made an on-air comment about Ivanka Trump and was highly criticized for his actions. While the first lady was speaking on a panel about female entrepreneurship, Watters said:

"So I don’t really get what’s going on here, but I really liked how she was speaking into that microphone.”

Video went viral on social media and as per some people Watters was "mimicking the stimulation of oral sex with a hand gesture".

"During the break, we were commenting on Ivanka's voice and how it was low and steady and resonates like a smooth jazz radio DJ...This was in no way a joke about anything else." 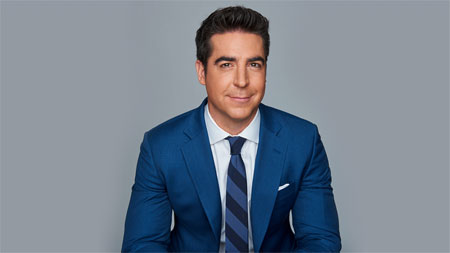 For more news, stay on marriedwiki.com!