Demi-Leigh Nel-Peters is the only second South African winning the title after Margaret Gardiner in the year 1978. The gorgeous starlet has a long way ahead of her professional career but her loving fans are breaking their bones to grab some information about her personal life.

Congratulations Demi-Leigh Nel-Peters; Miss universe 2017. She is the second South African to win the title after Margaret Gardiner in the year 1978.

She earned the title defeating the rest of 91 contestants. The gorgeous starlet has already made millions of fans and they are now curious to know about her personal life. So is she dating someone? Who is her boyfriend? Know her in details!!!!

92 women from across the world participated the glamorous event 'Miss Universe 2017'. The annual competition was held on 26 November at The Axis at Planet Hollywood in Las Vegas.

The 22-year-old business management graduate beat all other contestants to the title with Miss Jamaica Davina Bennett winning the second runner-up and Miss Colombia Laura Gonzalez the runner-up titles. 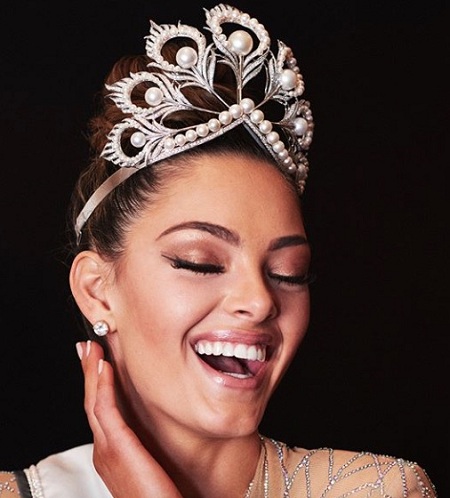 Demi competed in a number of categories including swimsuit, evening gown and a question-and-answer period and marked the best in every section.

“My dreams never stop growing and I never stop chasing them. I don’t believe in waiting for an opportunity to rise, but rather in creating one.” - Demi-Leigh Nel-Peters, #MissUniverse 2017

The top five from selected; South Africa, Venezuela, Thailand, Jamaica, and Colombia were challenged with a series of questions from sexual harassment to the disadvantages of social media.

And, at last, the final three were questioned about the quality they are most proud of.

The show hosted by Steve Harvey and Ashley Graham was totally wowed by Demi with all her beauty, brain and charisma. When Harvey was presented with the name of winner, he joked with the contestants saying,

"Be afraid. Be very afraid."

Let's congratulate the star all again!

The South African beauty queen is active on her social sites. Her Twitter account is all flooded with best wishes and compliments. Same way, the diva expressed her gratitude for all support and love she achieved throughout the journey.

VOTING IS OPEN! ???? If I'm your next Miss Universe you can support me by following the link in my bio, scroll down and vote?? Option 2: Tweet by using the hashtag #MissUniverse and #southafrica . Retweets count as well?? Photo credits: @georginavaughanphotography #missuniverse #southafrica #missuniversesouthafrica

The grand success is thoroughly followed by a series of speculations about her dating life but she has not given a hint about her relationships.

She is assumed to be single these days. Maybe she is not focusing on the relationship right now as she has just started her career.