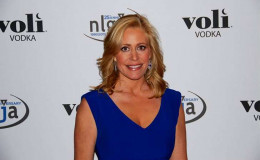 Melissa Francis has now left her acting career behind and currently, she is starring in the movie called life with her husband Wray Thorn alongside her two children.

Melissa Ann Francis is an American former child actress and currently is a Television Journalist who is hosting the show The Fives with Greg Gutfeld and Dana Perino. She married Wray Thorn in 1997 and had been living a blissful family life since then.

She was never into dating as she was very much focused on building her career but when the time came, she married that one person who she thought would be the best for her. She has two beautiful children with him.

Melissa tied the knot to Wray in 1997, and the pair has been with each other ever since.

They looked great together, and Melissa said that she decided to marry Wray because he said that her feet is not ugly, it's a joke of course, but it seems that Melissa wanted to marry him as he always makes her laugh. 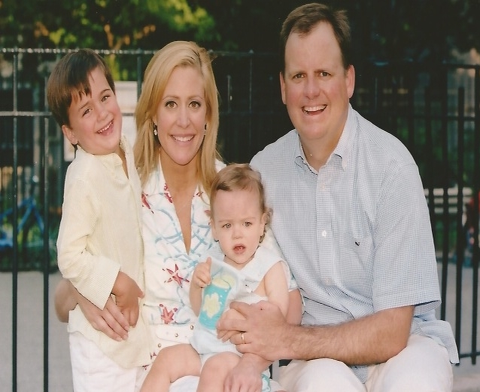 The pair is living in their beautiful condo in Manhattan's Upper Side. Melissa said that she had moved 15 times since her college, but this time she has found the best house for her as she is living there with her loving and caring husband and her two adorable children.

She said that the decision to buy a condo in Manhattan was because their sons were going to school which was near from that place.

Meet The Children OF The Couple

Melissa has blessed her partner with two sons. Thompson Thorn is born in 2007 and Greyson Alexander Thorn born in 2012.

Their sons are now big enough to go to school, and their parents have bought a house near to their school which helps them. 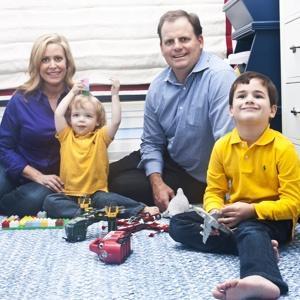 Melissa and Wray now have three children. They welcomed their third child; a beautiful daughter Gemma via surrogacy.

Many of you do not know, but Wray is an asset manager and a significant investor in Wall Street. The couple is trying to give their children the best type of care they can provide.

Money is not the problem here as Melissa and Wray, both are earning big bucks, and it shall help them taking care of their family.

Melissa's journey from a child star to a journalist is nothing short of sheer hard work and passion. Watch how the journey planned out.

She is very much active on her Twitter account in which she usually tweets about all the latest news and incidents that are happening right now.

Coming up now @SpecialReport with @CGasparino join us!

The couple is now together for more than 14 years, and till far we have not heard about their divorce. We wish them to have even more success and happiness shortly.