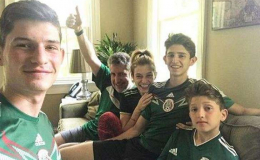 The celebrity chef and television personality Pati Jinich came to prominence after her television series Pati's Mexican Table. Aside from her work as a chef, Pati is also a cookbook author and writer of columns on food.

Not only that but the Mexican god of taste also has a profound choice in Pati Jinich's personal life. And it's before her fame she started living in a married relationship with her husband. Down below you can find lesser-known details regarding her marital status including her career.

The Mexican chef Pati Jinich is a simple yet most lovable person known through her contribution to culinary arts. It might be the reason behind her rapid success in the culinary business. 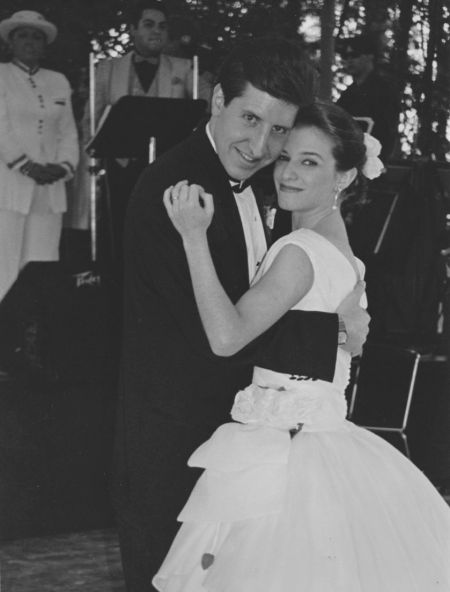 Also, the lady relishes a beautiful married relationship with her longtime husband for more than twenty-three years now. Pati, 47, is happily married to her long-term girlfriend turned to a spouse, Daniel Jinich, who is also a Mexican.

Pati and Daniel tied the knot in 1996 and since then the two have indulged romantically in love like many others. Pati was just 24 years old when she married her husband.

The pair have been united as a life partner for over twenty-three years now. Above all, the chemistry turned into reality after the couple met on a blind date and started courting afterward.

Eventually, the couple became the proud parents of three children; Sami Jinich, Alan Jinich, and Juju Jinich. Shall we call them unlucky as they never shared a daughter together?

So what if Jinich doesn't have the girl child, her three baby boys help her in the kitchen. Regardless of a busy schedule and longterm marriage, the duo hasn't been heard of involved in extramarital affairs.

The Mexican beauty is a loving mother and supporting the wife of Daniel Jinich. Be that as it may, the duo, even more, lives a happier life than on-screen appearance. As of now, there is neither any controversy nor any extramarital affairs that may hinder the relationship between these two.

As for late 2019, the lovely family of four resides in Chevy Chase, Maryland. And to their unscripted future, may God have planned sweet and joyous moments their entire life.

On February 27, 2020, the mom to three showed her cook fish skills Tikin Xic that is found all over the Yucatan Peninsula. Additionally, she shared her opinion on how it makes more tastier.

Pati Jinich Life As A Chef

Apart from being a political scientist, who has a keen interest in furthering democracy and immigration issue, Pati has a breadth of knowledge in Culinary Arts.

The award-winning celebrity chef and cookbook author run "Beardfoundation" which aims to provide good food for good. Like Jinich, her kids are also a food enthusiast. 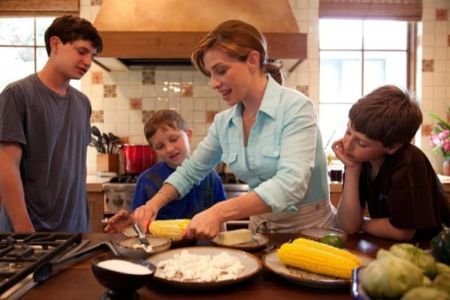 The force and the pull of her family finally brought her back to food. There are three other people and her sisters, who are also involved in food. And it's what she's come back to, with this wonderful that she has.

Probably one striking thing everyone must notice about Jinich is that she's for real. Just like the hard work plunges beautiful feelings through your recipes, Pati is working out with her three boys in life not leaving behind her career.

You May Read: Chef Vikas Khanna has not been married yet: Dating rumors with model Padma Lakshmi

Surprisingly, her children enjoy cooking very much, and the youngest is a big fan of chocolate. Pati's second child is a lot quieter while the eldest is currently in college.

Many fans believe that the children may follow similar steps as their mother, and learn how to cook like her, but there is also a possibility that they may pursue business like their father.

Daniel supports his wife as she continues to be a public personality when it comes to Mexican cuisine, as well as her Jewish heritage. He is also known to be a food enthusiast.

Some interesting facts of Pati Jinich 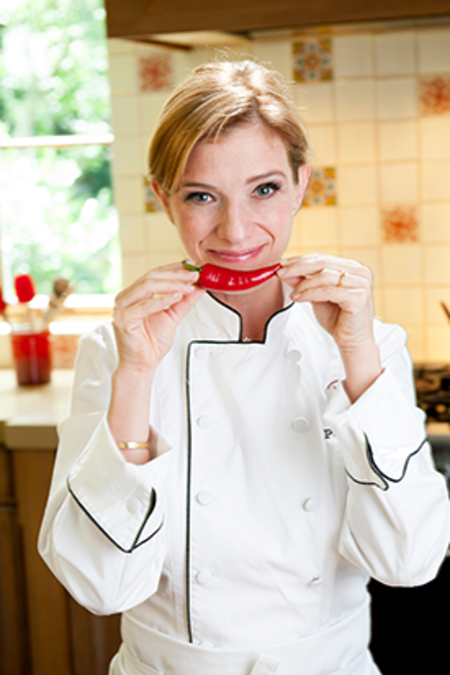