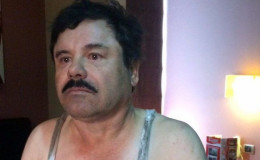 Joaquin Guzman is a Mexican drug lord and former leader of the Sinaloa Cartel, a criminal group named after the Mexican Pacific coast state of Sinaloa where it was formed. Guzman is known notoriously famous as "El Chapo" (for his short stature).

With Mexico's top drug kingpin arrest in 2003 along with his rival Osiel Cárdenas Guillén of the Gulf Cartel, Guzman became the "most powerful drug trafficker in the world. But while everybody is either rooting for Guzman to be killed or pardon, we decided to take a look at how his family(wife and children) are dealing with these tough situations.

So know about his wife, family and also get an update on what the federals are planning next for this crime lord.

With the cliches of cartel kingpins having multiple babes, Joaquin Guzman was never an exception.

Technically we can say that he is now currently in a long distance relationship with his present wife, Emma Coronel given his ongoing serving time in prison.

Emma was El Chapo's fourth wife after Alejandrina María Salazar Hernández, Estela Peña of Nayarit, and Griselda López Pérez( none of whom he has divorced yet).

To say more about his existing wife, Emma hails as a Californian born and a daughter of Ines Coronel Barreras, a medium-ranking lieutenant in the Sinaloa cartel. 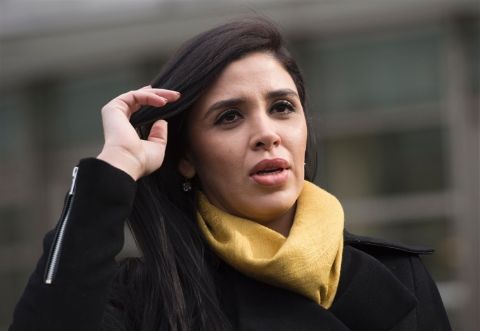 As to when and how she ended up being the drug lord's queen?

This Mexico’s favorite narco-romances began in 2006 at a party hosted by Emma's father. Emma was fresh from her title win of the beauty pageant and Joaquin was one of the main event's attendee.

And soon the year after at a local coffee and guava festival in Emma's village of Canelas (El Chapo present, with paramilitary entourage) the couple was married on July 7, in 2007. 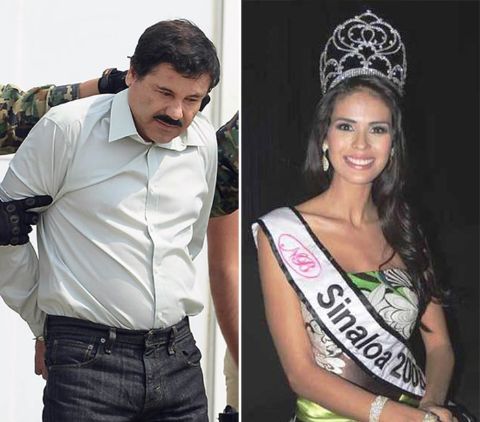 The marriage to Guzmán initially was arranged with the tradition and motive of enhancing Coronel Barreras’ role in the cartel, to run smuggling routes into Arizona.

But unfortunately, in July 2013, the father-n-law faced the Coppers on the border at Agua Prieta. And along with Emma’s older brother Ines Omar, Coronel inevitably winded up in prison.

But coming back to the husband and wife, the duo nonetheless, went on to solidify their relationship further ahead with Emma giving birth to twins in 2011– Emalí Guadalupe and Maria Joaquína – in Lancaster.

Besides the twins, Guzman also has three children with his first wife, Alejandrina: César, Iván Archivaldo, and Jesús Alfredo. Add to the bundle he also possesses four more children with his third wife, Griselda: Édgar, Joaquín, Ovidio, and Griselda Guadalupe.

While El Chapo was still on the run, Emma, on the other hand, kept a low profile. She enrolled herself in journalism in Culiácan. Yet she kept the affair with her fugitive husband pretty sporadic. But after Guzmán’s final arrest in February 2016, that role changed dramatically.

Emma wasn't very public of her husband's mafia activities to the public from the beginning. However, in her husband's last arrest she finally outburst with one of the Guardian correspondents, Anabel Hernández.

As to what plight Emma poured with Hernandez is still kept at bay maybe much to Emma's secretive essence. Yet, Hernandez later somehow came up with her own version of  Emma's stories. She forwarded,

"Emma doesn’t talk’ over and over, Then, after El Chapo’s last arrest, she suddenly did, for the first time”

Hernández then added reciting Emma with,

“those government connections were part of the film El Chapo wanted to make. He went crazy and wanted to tell the whole story – something no one else wanted, in government or the cartel”. Emma’s second reason was “to ‘clean his face’. To talk about how he loves me and loves the twins, and I love him.”

But after August of the following year, Emma stopped tweeting (though did recently change her profile backdrop to Picasso’s Guernica).

On the contrary, Coronel on the other hand later came forward insisting that she does not manage the account herself.

Yet, Antonio Tizoc, a Sinaloa-based photographer who posted the Barbie-birthday footage, later said that he did so with Emma’s permission, herself.

Nonetheless whatever the fuss, the wrongdoings, and the loathness, one thing Guzman can always count on is that his wife Emma will always be on the corner supporting her husband.

Joaquin Guzman Upcoming Trial; Will Justice Be Served In Favour Or Is Guzman Really Done This Time??

Guzman terror seems finally halting with his latest apprehension by Mexican marines and Federal Police following a shoot-out on 8 January 2016. He was then put forward for extradition to the United States on 19 January 2017 to face criminal charges related to his leadership of the Sinaloa Cartel. 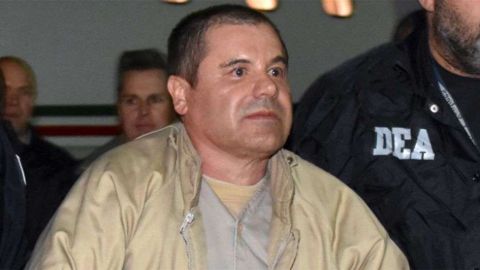 And this trial that could send Mexican drug lord Joaquín "El Chapo" Guzmán to prison for life is finally moving toward a conclusion. In addition, the closing arguments are also expected as soon as next week.

Yet the timetable is still on its course to disrupt by a lingering question: Will Joaquin speak in his own defense, to refute the avalanche of testimony provided by his former associates?

The defense team went on to raise the possibility when they included their client's name on the list of witnesses they might call. They're expected to make an ultimate decision when the federal rests its case, as early as Monday.

The suspects in high-profile criminal cases frequently chose not to testify, in part because taking the witness stand exposes more vulnerable position of cross-examination by prosecutors.

For Guzmán, Hermann Walz, a former New York City prosecutor and now a criminal defense attorney said, the dangers of taking the stand could outweigh any benefits.

Guzmán's defendants, aware of the risks, is instead focusing largely on trying to weaken the credibility of the former members of Mexico's Sinaloa drug cartel who showed their alleged former boss as a murderer. Further, they also added that Guzman led a broad conspiracy to smuggle tons of cocaine, heroin and other narcotics into the United States.

A court account shows the defense team made vague plans to call federal investigators in a bid to depict apparent differences between written summaries of interviews with a prosecution witness and the actual testimony the witness gave in the court.

But given the array of evidence by the prosecution, at least one prominent defense attorney out from the case feels Guzmán might need something stronger with no more to lose by testifying.

"If Mr. Guzmán wants to tell his story, it would humanize him for the jury,".

Not to mention he was the one who won three acquittals for accused Gambino crime family boss John Gotti in the 1980s and early 1990s.

When Guzman trial adjourned for the week on Thursday, the 12 jury members and six alternates heard testimony from 54 government witnesses for over 33 days over the last two months.

And if there is to follow Guzmán with him opting to testify, the trial could be extended for days.

Some visitors with the consequent disappointment will follow the trial in an overcrowded courtroom, where the proceedings will be transmitted through a closed-circuit video feed.

And so the courthouse officials, considering the interest in all things El Chapo, are planning to transmit the video feed to a second courtroom for potential testimony from the alleged drug lord. By doing this they are in turn looking for closing statements by the prosecution and defense. 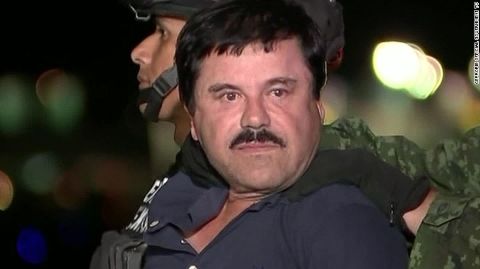