Home Article Michelle Beadle is currently in a Relationship with Boyfriend Steve Kazee. The Couple might get Married soon. Know about their Affairs and Relationship

Michelle Beadle is currently in a Relationship with Boyfriend Steve Kazee. The Couple might get Married soon. Know about their Affairs and Relationship 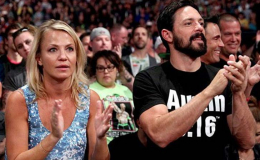 Michelle Beadle, the Daytime Emmy-nominated sports reporter is currently rumored to be getting married with her longtime boyfriend Steve Kazee.

The couple shares a very good relationship with each other and due to their strong bonding, many people are now speculating that the couple might get married soon. Is the rumor true? Is the couple getting married in the near future?

Many of her fans would love to see Michelle Beadle tie the knot with her sweetheart. Michelle who was single for a long time found the perfect match in Steve. 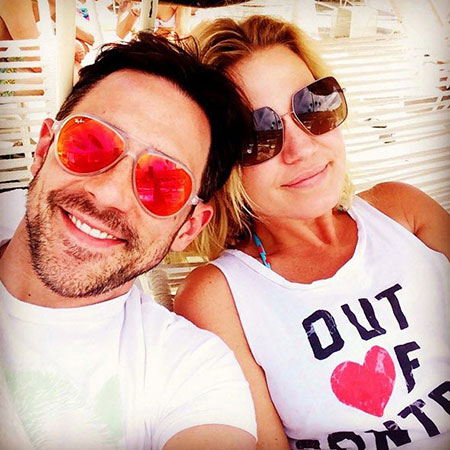 Soaking out the sun with her boyfriend Steve Kazee, Michelle.

They are now in a relationship for some time now and both of them share a deep connection with one another. But first, let us take a small moment and clear the air regarding the rumor of their marriage. The love bird is not getting married as of now, period! 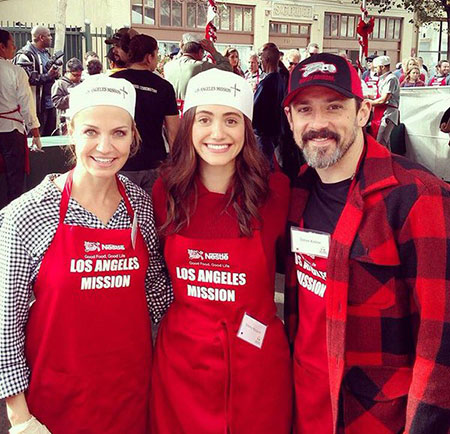 Steve and Michelle during a Christmas Eve with a mutual friend.

When Steve visited Michelle's show for the first time, he revealed various aspects of their relationship.

Reporters Marcellus Wiley and Max Kellerman were getting all the fun during the interview as they asked various questions regarding Michelle and Steve's personal life. 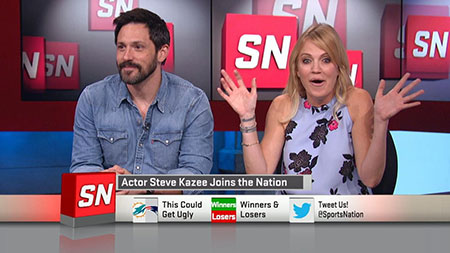 Steve during his first appearance at Michelle's show.
Source: ESPN

Steve revealed that she is a strong person but she's very soft and humble inside. Steve's the only one who saw Michelle's soft side.

The interview was hilarious and all four of them enjoyed their time. In the interview, Michelle also revealed that Steve lost all the gold plating on his grammy due to the vigorous polishing of the award.

Many of you know who Steve is but for those you don't know anything about him then let us enlighten you all. Steve is a big-time actor and singer. 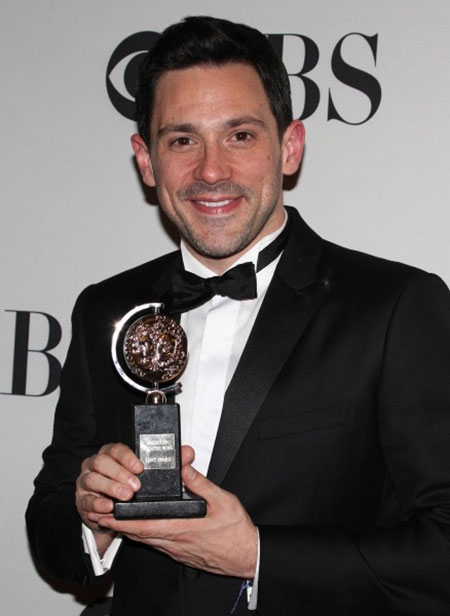 She finds a man worthy of her appreciation and talent as well.

Steve generally uploads various pictures of himself with his girlfriend as they attend various events together.

It's a perfect relationship, they'll go shopping together, holidays together, and most important of them all they'll spend quality time together.

Clearly I should have won the @ESPYS award for "Luckiest Guy in LA" last night @MichelleDBeadle pic.twitter.com/WFfsjAEm9o

There you go, you'll feel a bit envious and its no big deal as anyone will get jealous after seeing their blissful relationship.

Currently, both of them are too young and happy to settle for marriage. They probably going to tour the whole world together and then tie the knot, who knows!