Home Article Natalie Guercio is Dating | Who is her Boyfriend?

Natalie Guercio is Dating | Who is her Boyfriend? 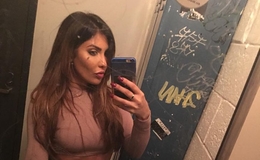 Reality television star and entrepreneur Natalie Guercio is a mother of a baby boy, but the father of her son has always been a mystery for all. And today, we will discuss the dating life and personal life of Natalie Guercio.

Natalie Guercio is the best-known TV actor who shared the screen opposite Drita D'Avanzo, Carla Facciolo, Angela "Big Ang" Raiola, Ramona Rizzo, and Renee Graziano in Mob Wives. She became a part of the show in 2011 and appeared until its last season in 2016.

Natalie Guercio is dating London Renee, her boyfriend, whom she considers her future husband. She met her beau for the first time in London Renee in 2008 at a Trump Plaza Beach Bar in Atlantic City. The reality star has never been engaged or married but might be planning to marry him. 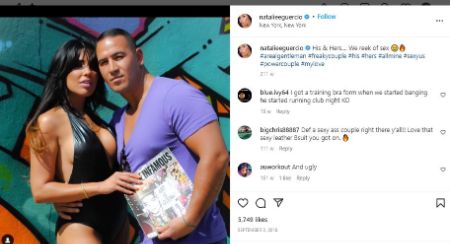 Further, the lovebird pair immediately started dating from the day they fell for each other and are now together for over fifteen years. Throughout Season 4 of Mob Wives: New Blood, Natalie was pressuring London to marry her, and the lovebirds were even considering relocating together.

As per Radar, Natalie had been cheating on her boyfriend London for years with music producer Ryan Banks. She was with a man other than London Renee on hookup in 2013. Natalie was caught kissing someone who was not her partner Renee.

Even though Banks is a married man, he admitted to hooking up with Natalie for a few years while she was still in a relationship with Renee. At the time, Bank claimed that she was more just a night hookup after the club and was never in a romantic relationship. 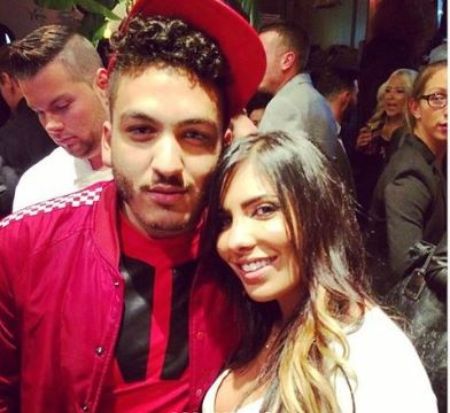 Interestingly, Banks stated that his wife was wonderful with his affair with Natalie because his wife knew Guercio would never be more than a side-chick. However, the drama went more intense than just late-night hookups.

To add up, Guercio threatened to sue Ryan over his produced single "Delicious" because she believed he used her name without her consent to enhance his business and promote the song.

Natalie is a loving mother to her only son Nunzio Gianni. She never mentioned she had allegedly been linked to anyone before London Renee, but a question arises about who Nunzio Gianni's birth father is. The Mob Wives cast was 22 years old when she gave birth to a son on March 6, 2004. 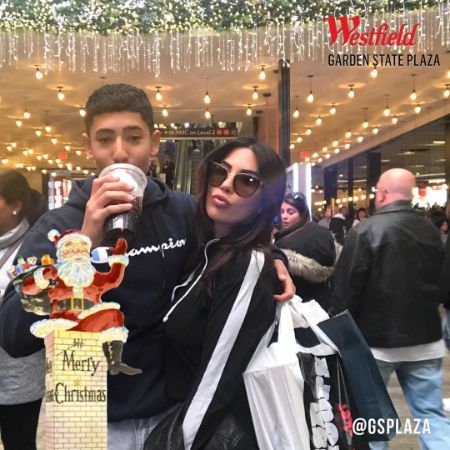 Being a celebrity can prove to be hard at times due to the many gossips that have been spreading about their personal life. Natalie's eighteen-year-old son is still young, and the question remains of who his father is.

According to some online rumors, her child is the son of her secret lover. Meanwhile, the mother-son duo usually spends quality time together, going on parties and vacations. He attends a local high school.

Boyfriend of Mob Wife, Natalie Guercio, Attacked at a Club

London Renee, the boyfriend of Natalie Guercio, was slashed in the face while partying at a hipster dance club. The war occurred on December 29, 2014, in Brooklyn Saturday night which started when Renee got into a verbal conflict with another person.

Here's the video of Mob Wives Natalie Guercio getting attacked in a nightclub.

The tabloids revealed that London had more than 250 stitches. A huge fight took place at the Mob Wives premiere party in New York City that night with flying bottles and broken bones.

Also, Renee was slashed on his arm and stomach by an unknown person. London Renee was instantly transported to Hackensack medical center to have a plastic surgeon stitch him. The actress later posted Renee's bandaged and sedated snap on Instagram.

Natalie serves as a domestic abuse advocate. She helps women get rid of abusive relationships. Maybe,  Guercio herself had been through or seen domestic violence, so the actress spoke out for women's rights.

Keep coming back to Married Wiki for exciting articles and biographies of celebrities.