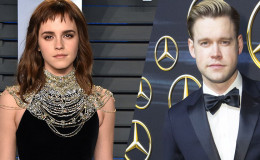 The rumors were true after all!

During this year's Vanity Fair Oscar Party, Emma Watson and Chord Overstreet were spotted leaving the Vanity Fair Oscar party together. According to the witnesses, both of them were cozying up to each other at the party.

The pair even left the party together in the same car. And the day before yesterday, paparazzi spotted the duo as they took a stroll together in Los Angeles. 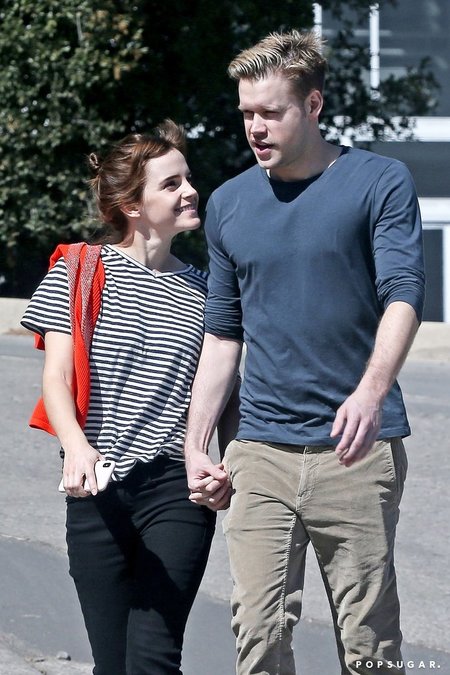 Both of them were holding hand as Emma looked happy and elated with him. In the picture, we can see how affectionately she is ogling at her rumored boyfriend. Goals, they say!...Very well said.

Emma's fans are already shipping both of them. They literally look like they are made for each other. Both of them looked cute as they wore casual clothes. The Beauty and the Beast actress kept it casual in a red sweater, black jeans, and booties.

Her boyfriend looked handsome in a simple T-shirt and jeans.

To confirm their relationship, a source close to Emma told New York post,

'It's crazy but, yes, they are seeing each other, although Emma wants to keep things quiet and private.'

Though another source told a different story as it stated,

'They are friendly, but are not in a relationship.'

The 27-year-old actress split with her Silicon Valley tech manager, William 'Mack' Knight in 2017. The couple was dating since 2015 but due to differences, they had to call it quits. 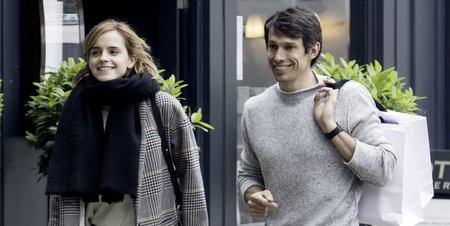 The actress is a big fan of keeping her personal life away from the spotlight and has disclosed in an interview that she doesn't like talking about her boyfriend in the public.

The actress is yet to make any remark regarding her current relationship with Chord. Looks like she will first get to know him more and the couple will then do their big reveal.