Norman Reedus and Diane Kruger confirmed their dating rumors and relationship. Couple was captured together holding hands and kissing 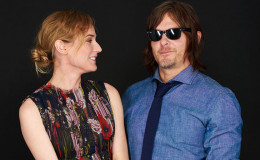 Rumors on the relationship between Norman Reedus and Diane Kruger finally revealed as they were spotted showing love openly on the street corner. According to this couple love and relationship is never late.

The former co-stars Norman Reedus and Diane Kruger has officially confirmed their relationship as they were found kissing and holding hands together in the New York city.

The couple was so passionate that they danced, kissed and walked along hand-in-hand in a carefree mood. 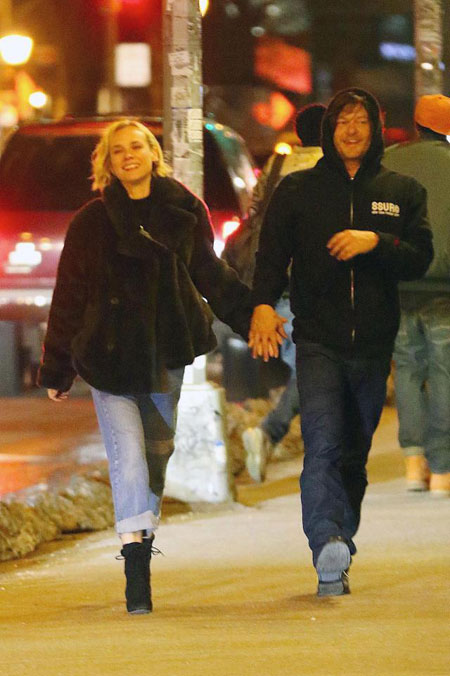 Diane and Norman walking on the street hand on hand, Source: The Sun

The rumors finally confirmed as 15 months after they were first spotted cozying up together.

The couple was spotted laughing and smiling pleasantly on the street where they paused for a moment for a romantic kiss. 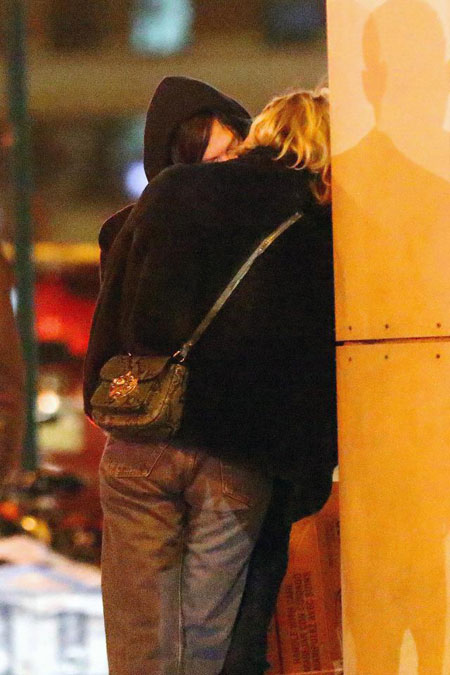 The couple locking their lips, Source: The Sun

Since the couple was spotted romancing in public for the first time, the view got the attention of every single person nearby.

Norman spun Diane around and danced gracefully on the street corner.

Undoubtedly the closeness and a few cocktails assisted the stars to feel so relax as their jolly mood was evident all the way.

After four hours in, the pair roamed around here and there in stellar moods.

On the other hand, Norman styled himself with a black zip-up hoodie, baggy jeans and skater shoes.

According to an eyewitness, the couple looked so happy and excited that they were smiling, holding hands tight and speaking to random people on the street in a frisky mood.

The duo let the eager photographers in on a few of their private moments exploring East Village neighborhood.

“Seems that they really had a great time!”

How it all begin??

The rumors about the affairs of Daine and Norman was pulling the eyes of media since 2015 when Diane was technically still dating Joshua Jackson.

Later, Josh and Diane disclosed their breakup after nine years of relationship. 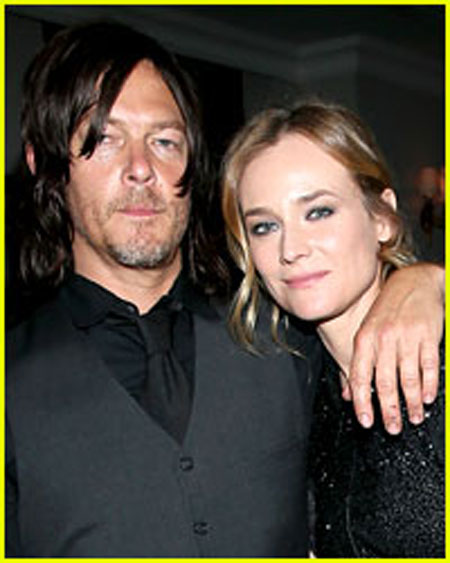 Norman and Diane posing for a click, Source: Just Jared

The couple came out together on the set of movie"Sky" in 2015. They were assumed to be dating since 2016 soon after Kruger's 9 years relationship with actor Joshua Jackson terminated. 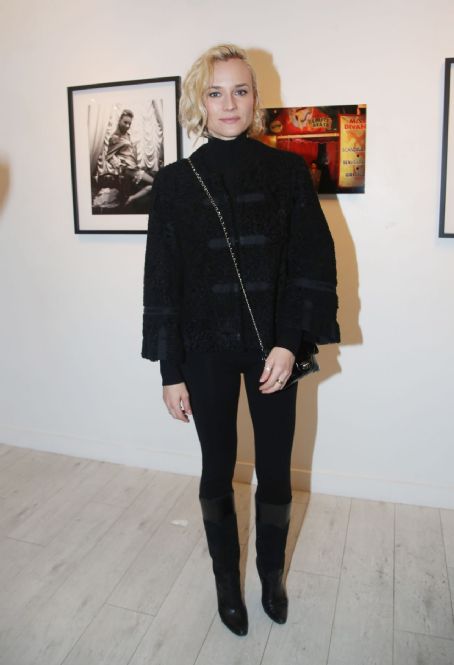 He also dated Helena Christensen and also has a 17-year-old son, named Mingus but later on the couple broke up.

In the year 1999, Diane began dating French actor and director Guillaume Carnet and got married later on. But due to some personal reason, they got divorced in 2006.

Soon after the separation, she started dating Chris Heinz in secret. Later on, she officially announced her relationship with Jackson.

Jackson was in a relationship with Troy beauty Diane since 2006 and shared residences in Paris, Los Angeles, and Vancouver. But we all know they are no longer together.

Well, as for now she is again in love and we congratulate them for a successful relationship. Moreover, let’s wait for some good news to come!