Home Article Who Is Pamela Urlacher's Mother Who Was Married To Her Father Brian Urlacher?

Who Is Pamela Urlacher's Mother Who Was Married To Her Father Brian Urlacher? 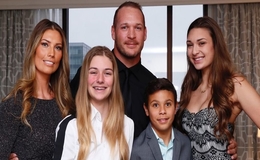 Pamela Urlacher has nothing to worry about in the world as her father Brian Urlacher, a former American footballer has given her the world. Pamela's father is a famous athlete, but what about her mother?

The young Pamela Urlacher rose to fame because of her father, Brian Urlacher, who is a famous retired footballer who played for Chicago Bears. But, only little detail is known about Pamela's mother. So, who is she?

Well, Laurie Urlacher is the mother of Pamela Urlacher as she was married to Brian for almost four years. Pamela's parents met in 1999 and instantly began dating. Brian and Laurie were so in love that the former NFL champ asked her to marry him too soon.

Pamela's father and mother then walked down the aisle the next year in June 2000 and remained blissfully married for four years until the couple started having marital problems and divorced in 2004.

Throughout their four years of marriage, Pamela's parents didn't only welcome and raise her as her mother also gave birth to her younger sister named Riley Urlacher. Brian and Laurie share equal custody of their kids.

In addition, Pamela also has a half-brother named Kennedy Urlacher from her father's former relationship to Tyna Robertson. She also is a step-daughter to Jennipher Frost who married her father in 2016. And, as for her mother, Laurie is taken by her boyfriend Vince Hartmann.

The beautiful daughter of Brian Urlacher is also happily taken as Pamela Urlacher is dating her boyfriend, Matthew Motes with whom she went to the same school. Pamela, who turns 20 in 2020, and her younger boyfriend aren't shy to share their adorable snaps on Instagram either like any young couple. 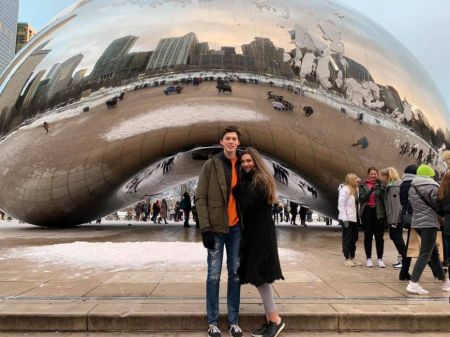 Urlacher and her boyfriend even went together as a date for their school's homecoming celebration and prom. And, even after graduating high school, Pamela and Matthew are still together. Clearly, the couple is pretty much in love that is still going stronger.

Pamela reportedly goes to the University of Kansas while her boyfriend attends Benedictine University and will graduate in 2023. Other than that, Urlacher who is of German and Russian descent from her father's side began dating her man in May 2018 and celebrated their 2nd anniversary in 2020.

View more stories and gossip only on Married Wiki.