English Actor Peter Gadiot's Mysterious personal life; Is he Dating? What is his Relationship status? 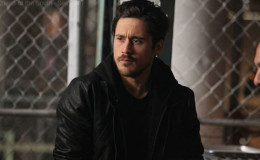 Peter Gadiot is an English Television and movie actor popular for his role as James in the Fox 21 Studio's Queen of the South. He recently won an Imagen award for Best supporting actor in a television series for his performance on the show.

While his professional life is an open book for us, Peter's personal life is quite mysterious. He never prefers to disclose his dating life out in public. So, is he hiding his affair from us? What is his relationship status?

What Is The Relationship Status Of Peter Gadiot?

Peter Gadiot is undoubtedly one of the hottest actors of our generation and everyone can't help but fall in love with him. So, is there someone special in his life?

Well, as of now, the actor is reportedly single and is just focused on his work. We saw him, recently, in an American superhero action-adventure series Supergirl as Mister Mxyzptlk. 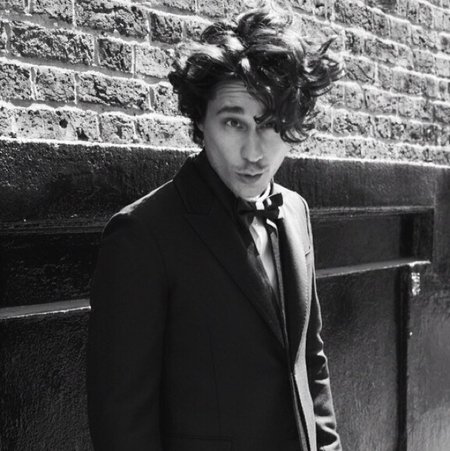 The TV star, Peter Gadiot.
Peter Gadiot never talked about his girlfriend in the public, He was once linked with a mysterious girl. He posted an image of a heart made of stone which seems that he's definitely interested in love and relationships.

This heart of stone has a story! After summiting I spot something- buried in a pile of stones, untouched on that remote mountain for perhaps millions of years, 3000M high, was this rock. Cracked & shaped by the forces of nature over time & forming a near perfect #heart. I thought it was a beautiful miracle. I had to take it home with me. To my partners bemusement I put the heavy rock in my pack. Two hrs later I say “Stop! Listen.” The faintest voice is there in the wind. “Help! Help! Come back!” We look at each other. Shit. I shout “We’re coming!” We turn & climb back up. A solo climber we met earlier fell a nasty vertical drop, hit a ledge & stopped just short of the precipice. His leg was badly broken. There’s no way he could move or that we could move him. We were three days hike from the nearest dirt road. Fortunately we have a satellite phone & call in the emergency. We layered up and waited. But then the weather began to turn. I watched the blue sky disappear and the clouds swirl & encircle us. The visibility reduced to nothing. Bad news. Hidden in the whiteout. Hours pass & the sun dips behind the rocky spine throwing us into shade. The temperature drops. I started to prepare for a night exposed on the mountain. Then we hear the familiar chugging of helicopter rotors. There’s a break in the cloud. We spot it. But it can’t see us. Tiny specs on the giant peak. At last we are sighted, a man winches down, the injured climber is stabilized and flown straight of the ledge, hanging below the chopper. They vanish, the sound fades to silence, until it’s just us, darkness closing in, still 6 hours climb to camp. We made it back, he didn’t, but he lives to fight another day. He was lucky I heard his cry for help. A bit later or if the wind was up, his voice would’ve been drowned out and he’d be up there alone. And the stone heart? I took it out to access my pack in the rescue. Then after, with our need to get to safety, I forgot it. I was so sad when I realized I left it! But, the reason I don’t have it is because we returned to help someone in need. I left my heart on the mountain to help save someone’s life. What else are hearts for right? To give love

Though back in 2014 during a Q&A with his fans, Peter revealed his intention of having a girlfriend of his own soon. When his fans asked if he is single, he said yes but he will hopefully find a girlfriend soon.

What couldn't we comprehend is how is the actor is still single? The actor is handsome and hard working. It seems he is in search of a woman who is as passionate as himself.

Don't Miss; 40-Years Went And Plenty More To Go! How It All Started For The Meryl Streep And Don Gummer?

The actor is infamous for his cryptic posts on his social media account. In 2014, he shared a picture, in which he snapped a beautiful rainbow and a picture of a lady's bum.

How often do you get to tag #ass and #rainbow in the same shot! Haha. #beachbum #surf

Peter Gadiot; Glimpse Of His Career

Peter is classically trained at Drama Center London and has appeared in several stage productions including MTV's Hot Mess. My Spy Family, and The Forbidden Girl.

He made his debut in American network as Genie in the ABC's Once Upon a Time in Wonderland and the same year he appeared opposite Lea Seydoux in a short movie directed by Roman Coppola and Wes Anderson.

The actor, similarly, has also written and directed the short movie titled 12-17 in the year 2014. In 2016, he appeared in William Shakespeare's The Taming of the Shrew as Petruchio at the Harman Center for the Arts in Washington DC.

Also, see; Who Is Antonietta Collins Married Too? Know In Detail About Her Current Affairs And Relationship

As of now, he has appeared in several movies and television shows including Queen of the South and Supergirl. 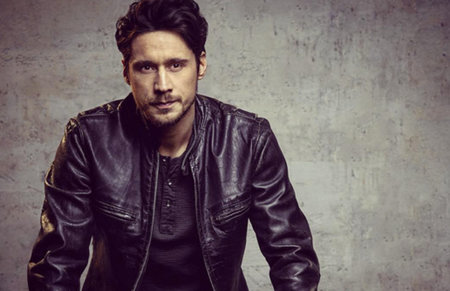