Home Article Petra Nemcova lost her would-be Husband in Thailand; Who is she Dating right now?

Petra Nemcova lost her would-be Husband in Thailand; Who is she Dating right now?

Petra Nemcova reportedly spotted with someone during a trip to Italy; She lost her fiance, Simon Atlee, during 2004 Tsunami; Previously engaged to British actor Jamie Belhan and Dated Politician Laurent Lamothe; Also, see.

A lost of the loved one can be devastating for anyone and when Czech supermodel, Petra Nemcova lost her fiancee, she felt the same. The model somehow slowly but steadily moved on from the tragic accident and got engaged to someone else.

She has had a string of relationships but none of them seemed to last long as she'd hoped. Let's try to find out the current relationship status of the social activist and find out if she is currently dating someone or not.

Life can be brutal sometimes as out of the blue something unexpected can happen and wouldn't saw it coming. Petra may have moved on from the death of her fiancee but the scar still remains inside her heart.

The multi-lingual supermodel was recently spotted hanging out with an unknown companion during her trip to Italy. She went to Italy for attending the Ischia Film Fest while going out for a stroll with a mysterious male. 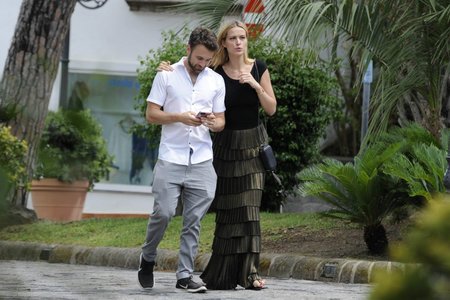 Petra alongside an unknown companion during her visit to Italy earlier this year
Source: Celebzz

The model and social activist remained silent on the matter. Well, it was just at that time that the actress hung out with the guy so it looks like the rumored couple didn't take their relationship further.

This was the public appearance she made with a guy after her break-up with former Haiti Prime Minister, Laurent Lamothe. She and Laurent were dating for around two years before calling it quits.

Back in 2014, during an interview with the People magazine, she announced her relationship with Laurent. In the interview, she said,

"Yes, we are involved, and I am very happy. Even though I have to travel a great deal for all of my work, Laurent is very supportive of what I do."

But sadly, as fate would have it due to some differences they decided to call it quits.

Petra and her then-fiancee, Simon Atlee were in a romantic getaway in the romantic country of Thailand. It was the year 2004, and nature showed it's brutal form when it submerged half of South-East Asia by Tsunami in the Indian ocean.

Thousands of life scattered and withered away in an instant. Among those who lost their lives was Simon. It was all so sudden for the pair as it happened in a blink of an eye. Petra somehow grabbed onto a palm tree for around 8-hours straight before getting rescued but sadly Simon wasn't that lucky. 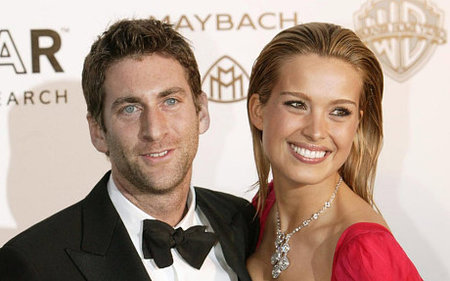 Petra's then got engaged British actor Jamie Belman in 2011. After their secret romance, they came out publicly as a couple and announced their engagement.

But sadly it didn't work out either. After calling off her engagement with Jamie, she dated then Haiti Prime Minister, Laurent and we all know how it turned out. She also dated big stars like James Blunt, Sean Penn, and Peter Berg.

You may remember when I was in #PuertoRico and met Juan & Francisca. Here is an update on them. #StrongerTogether ***When Juan Ignacio Capilla [79] first met our Co-Founder @pnemcova and long-time friend and philanthropist @fgiustra of @radcliffefdn, he had one plea: help him fix his wind-torn roof. Not for himself, but for Francisca, his 93-year-old mother. Deeply moved by their love and resilience, we knew this would be our first of many roofing projects on the island. Within two weeks of the initial assessment with Frank and Petra, we were able to start the roof work and complete the full roof in two days. Juan and Francisca are now living comfortably in a dry home where they are rebuilding their lives together. See the whole photo story via the link in my bio. Photos: @hannah.monier

Soon after his death, Petra decided to help all the people who are somehow affected because of the natural disaster. She founded the organization, Happy Hearts Foundation. 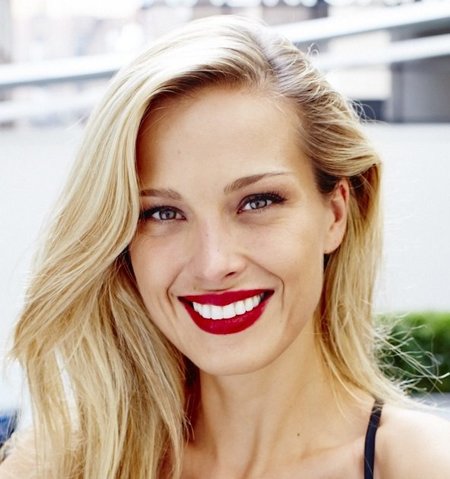