Home Article Pirates of the Caribbean: Dead Man Tells No Tales star Golshifteh Farahani have been Married thrice: See her Dating life, Past Affairs, and Husbands

Pirates of the Caribbean: Dead Man Tells No Tales star Golshifteh Farahani have been Married thrice: See her Dating life, Past Affairs, and Husbands 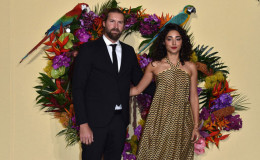 Golshifteh Farahani is the gorgeous Iranian actress who is a global star best known for her controversial performance in 2008's American movie Body of Lies.

Although she has been exiled from her home country, Iran, she has established herself as one of the veteran actresses in Hollywood and every time she comes on screen she lights it on fire!

And now, she's all set to act in the most anticipated movie of 2017's Pirates of the Carribean: Dead Men Tell No Tales alongside A-list actors Johnny Depp, Orlando Bloom, Javier Bardem, and Geoffrey Rush, Kevin McNally and so on.

And for exceptional beauty like hers, it's impossible to stay away from men as they come drooling for her. She's been married thrice and currently lives happily with third husband Christos Dorje Walker.

The former Iranian actress, who was exiled from her country for her nude performance in several movies, is married to an Australian professional psychotherapist and a musician Christos Dorje Walker.

Farahani, also a singer and a musician first met her husband back in 2014 at a musical event held in France. The pair was love struck in their first meeting and started dating right then. 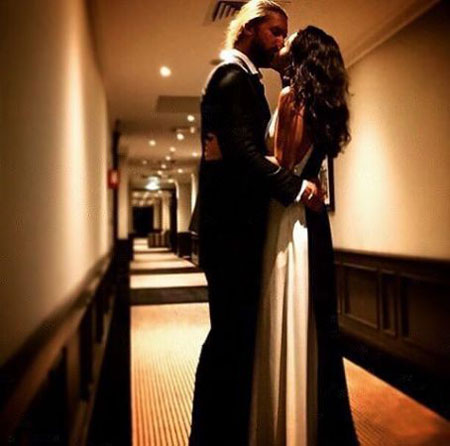 Golshifteh with her husband Christos Walker sharing a kiss together.
Source: Famous Fix

After dating for a year, the pair got married in 2015 at a private ceremony and became officially wedded, husband and wife. The powerhouse couple looked stunning at the 2017's Gala Opera National de Paris event. 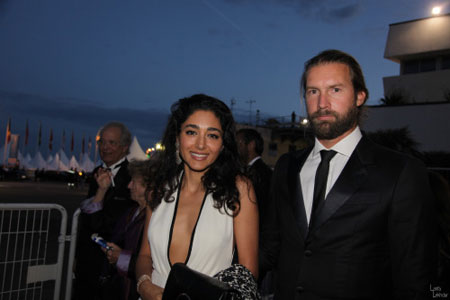 Golshifteh with husband Christos attending a party together.
Source: Tumblr

Despite being married for two long years, they don't have any children together, but we are guessing that they might soon decide to take a further step and start a family.

Some sourced revealed that she divorced her second husband in 2017. She might be dating a secret boyfriend but details about her personal life is still behind the bars.

Golshifteh was married twice: Marriage ended up in a divorce

Prior to marrying Christos, Golshifteh walked down the aisle twice with two men, her first husband Amin Mahdavi and second husband, Louis Garrel.

You May Like: Iranian-American Journalist Asieh Namdar; A loving Wife and a proud Mother: Know about her Husband and Children here

Back in 2003, she married Iranian film director and producer, Amin Mahdavi. The marriage lasted 7 years and in 2011, stating "irreconcilable differences" the pair got divorced. 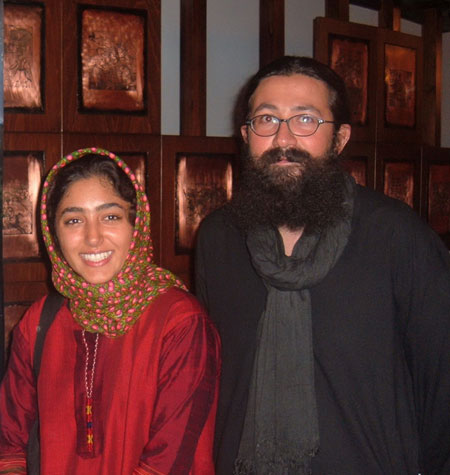 In 2012, a controversy stroke the starlet that made her leave her home country Iran.

She appeared in a short French black and white video with 30 other actors to promote the Caesars, (French Oscars), in which she was nominated for her character in the famous comedy French film, Si Tu Meurs, Je Te Tue (If You Die, I'll Kill You).

For the promo, the actors had to take off a part of their clothes to commit their body and soul to their art. Farahani bared her right breast in the video and stated,

"I will put flesh to your dreams."

She also posed nude in the French Madame Figaro and when the video was released, Golshifteh faced her worst nightmare. The Iranian government made announcements that Farahani was banished from the country stating,

"Iran does not need actors or artists like you. You may offer your artistic services somewhere else"

She got banned with much criticism and harsh judgments based on her character and morality. She left Iran and moved to France after that. There she met her second husband, handsome French actor, Louis Garrel and married in 2013. 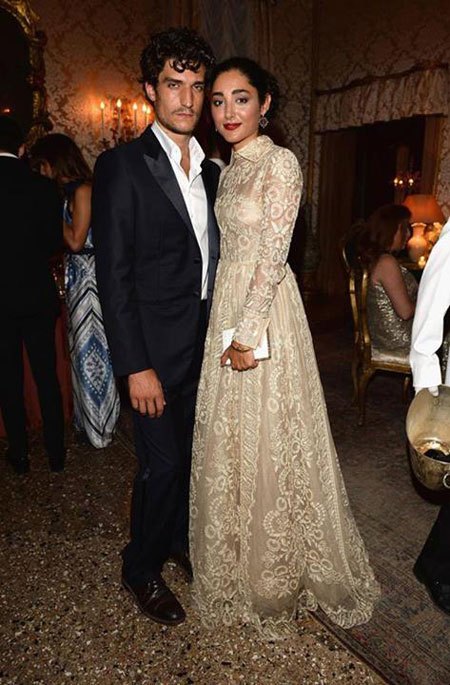 The pair stayed together for a year and later got divorced in 2014, without revealing any plausible reasons.

All in all, we wish the wonderful couple lifetime of happiness and togetherness and wish best wishes for their future endeavors.