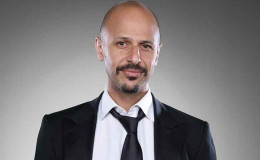 Tragedies tend to be part and parcel of life. However, it becomes incredibly difficult to take when it keeps compounding. Comedian Maz Jobrani went through multiple family tragedies, but fortunately, his smile was not completely wiped off thanks to his wonderful married life.

Tragedies tend to be part and parcel of life. However, it becomes incredibly difficult to take when it keeps compounding. Comedian Maz Jobrani went through multiple family tragedies, but fortunately, his smile was not completely wiped off thanks to his wonderful married life.

Let's get more information about his beautiful relationship with his wife, the details of his children, the hilarious confusion of his names, and on a sadder note his family tragedies.

What is Maz Jobrani Up To Now?

Maz Jobrani, an American comedian is currently working on his latest project "Back to School". Nevertheless, after much celebration, Jobrani and his team decided to postpone the shows from this weekend in Jersey as he has been receiving emails that the fans aren't being comfortable coming to shows giving coronavirus.

He would be visiting Ottawa on October 9th, Jersey October 10th and Toronto November 28. He'll not be shaking hands but do "Namastey" and wished his wellwishers good health.

Walking into his lifestyle, Jobrani is spending a good time with his wife of thirteen years and their two kids. The Iranian-American actor occasionally shares any picture of his partner and kids but it doesn't mean he is no more together to them.

Maz Jobrani's Married Life With Wife Preetha Jobrani; Are The Two Still Together?

Maz Jobrani is married to his beautiful wife Preetha Jobrani. The couple tied the knot in 2006 and they are living blissfully ever since. His spouse, Preetha is an American lawyer with Indian origin. Moreover, she worked as a business strategist in Independent Consultant. Jobrani and his partner Preetha have crossed thirteen years 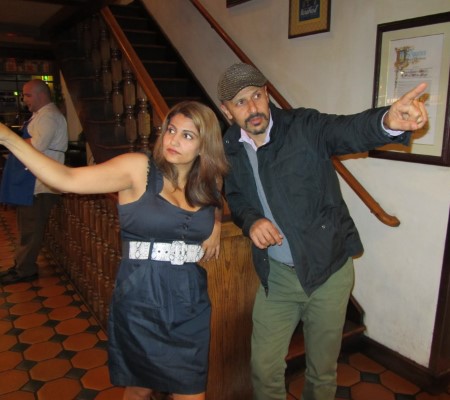 The comedian Jobrani during one of his stand-up performances posted on Youtube on 26th September 2017 said, he is married to a lady of different ethnicity and they are on good terms.

Jobrani suggested the differing ethnicity has no bearing on the quality of the relationship. Moreover, Maz definitely made his wife blush when he claimed marrying her is the best decision he ever made.

The couple is blessed with two kids, a son and a daughter named Dhara Jobrani and Mila Jobrani, respectively.

The comedian-actor is a recently married man on screen as well. On 11th May 2017, he posted a picture on Instagram with an actress named Rita Wilson claiming they got married a day before.

Yesterday I married this Greek woman @ritawilson in this movie and now Iran and Greece have made up for the movie 300! @saghdashloo in the background and @taragrammy there too. @chrisoshea10 too! "Simple Wedding" coming soon!

The movie is currently in post-production and scheduled to be released in 2018. Meanwhile, in the real world, there have never been any reports or speculations about the actor's relationships or affairs with anybody besides his lovely wife Preetha.

Discover: Renowned Comedian Joe Wilkinson and Petra Exton secretly got married and are happy to be a husband and wife

The fact that they are together for well over a decade with no rumors of any rift between the pair just goes to show how strong their bond is!

Maz Jobrani On Mispronunciation Of His Names

When it comes to name-confusions, Jobrani certainly knows a lot through his own experiences. Talking to the National Public Radio, he revealed that people often get confused and call him Mazz instead of his actual name Maz. 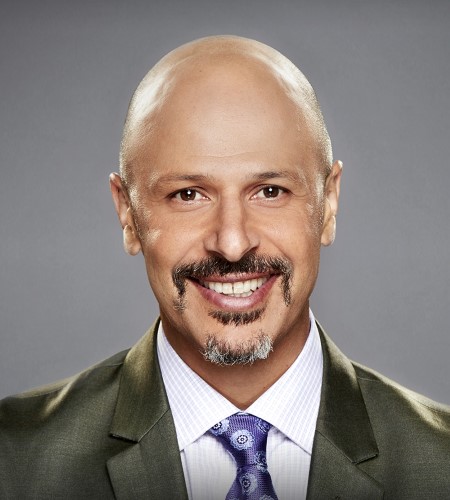 The difference being Mazz is the short form of Persian named Mazdak whereas the actor's full name is Maziyar which is shortened to Maz. Moreover, his last name also tends to get mispronounced. Maz said people often call him Jabroni instead of his actual surname Jobrani.

The father is not the only one with this issue, his elder son Dhara was given a Persian name, but people often get confused and call him "Dara'.

You May Also Like: Meet the Top 12 most famous comedians of all time who have managed to make all of us laugh forgetting our pain

The actor also revealed something hilarious that happened during their wedding ceremony. Maz revealed their Mexican priest pronounced them as Max and Rita instead of Maz and Preetha.

The comedian shifted to the United States from Iran at the mere age of six along with his family. Growing up in California, his parents wanted him to become someone like a doctor or a lawyer.

However, Jobrani followed his heart and pursued a career in comedy and acting. The first of multiple tragedies ensued upon Maz when his father passed away. The precise date is not known, but Maz revealed in an interview his dad departed before the comedian began his professional career. 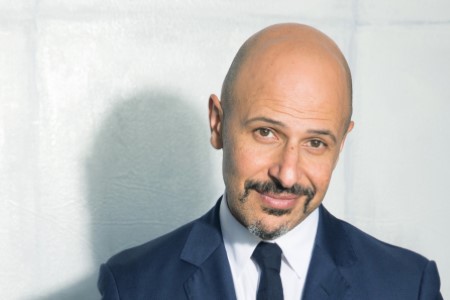 The actor appreciates his father's efforts to help him become the person he is today. However, the tragedy compounded for Jobrani when his younger brother Kashi Jobrani died on 22nd April 2014.

The actor broke the news through his Facebook page with heartfelt condolence, also revealing he left his then seven-year-old son Kamran Jobrani an orphan.

If you thought the worst was over for Maz, you are sadly mistaken. Maz's sister Mariam Jobrani lost her life too on 13th August 2017. Maz shared a photo of his sister expressing deep sympathy over his own loss.

As per Maz's Instagram, Mariam was battling breast cancer for as long as seven years, and she was 47 when she tragically passed away.

Meanwhile, the only shining light in his life (besides his wife and kids) is his mother who is still alive and very close to him. She is proud of her son's accomplishments and she is likely one of the reasons he still carries the strength to succeed in his professional career. 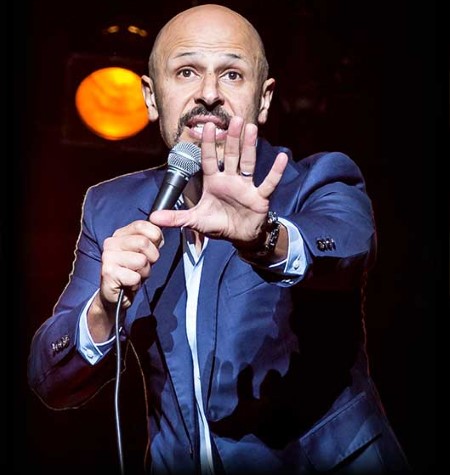 Be sure to check out Marriedwiki.com for more entertaining articles.