Miracles do happen! If you’ve not seen any then you might have heard about Nadya Suleman who was once the internet sensation for giving birth to octuplets at once back in 2009 even though she was an unemployed mother of other six kids.

Nadya, aka as Octomom, was once married to Marcos Gutierrez is struggling with the realities of singlehandedly raising 14 children. How has she managed to grow her miraculous children without a father’s love? Let’s find out!

Nadya Suleman was married to Marcos Gutierrez in the year 1996. The duo doesn’t share any children with each other, however, she gave birth to octuplets through in-vitro fertilization.

Nadya Suleman rumored to be dating with her new boyfriend back in 2012
SOURCE: Daily Mail

Marcos admitted that he is not the father of any of Nadya’s children. He further said that Nadya was desperate and wanted to try in-vitro fertilization, but Marcos disliked the idea of “test tube babies” and did not agree to take part in the procedure.

Her now ex-husband, Marcos filed for divorce in November 2006, which was finalized in January 2008. In an interview with Inside Edition, Nadya’s husband, Marcos explained their divorce happened due to their failed attempts to have children.

Nevertheless, people’s enthusiasm never ends as they questioned who might be the father of these children.

Denis Beaudoin, the man himself admits that he is the biological father of Nadya Suleman's octuplets for which he donated his sperm to her three times without asking questions because he was young and in love.

Life As The Mother Of 14 Children

After her marriage with Marcos she failed to give birth to their child so in 1997 she received IVF treatments under the supervision of Dr. Michael Kamrava, which led her to give birth to her first son in the year 2001, Eliya Makai Suleman. Her other five children, Joshua, Caleb, Calyssa, Amerah, & Aidan were born within a span of four years.

Even after having six kids, Nadya continued her IVF treatment. During her sixth pregnancy, Dr. Michael transferred twelve embryos-departing from the medical standard. Natalie claimed,

Her stomach was so swollen that it broke her ribs. These led Nadya to be pregnant with eight babies, and Dr. Michael’s medical license was revoked.

She gave birth to eight children, Noah, Jonah, Josiah, Makai, Nariyah, Maliyah, Jeremiah, and Isaiah who will be turning 10 years this January. These octuplets eat healthy vegan meals, which they help their mother Nadya to cook. Also, they do their homework on time, and they’re impressively polite, reports The New York Times.

Sharing a small part of the little kids 9th birthday from two weeks ago. They had a wonderful time bouncing at Pump it Up again this year before several of us were stricken with the flu . I apologize for not sharing sooner, but better late than never right? #HappyBirthdayMyAngels #ILoveYouSoMuch

For a while, Octomom was a huge media sensation. She appeared often in tabloids, something she told People in 2016 that she did in order to provide for her kids.

Natalie further admitted to the Times,

“I was selfish and immature. I never wanted the attention. I was spiraling down a dark hole. There were no healthy opportunities for Octomom,”.

Nowadays, Natalie works as a full-time counselor and raw vegan who spends hours exercising each week to manage her bad back and lives a quiet life with her 14 kids in a three-bedroom townhouse in Orange County, California. 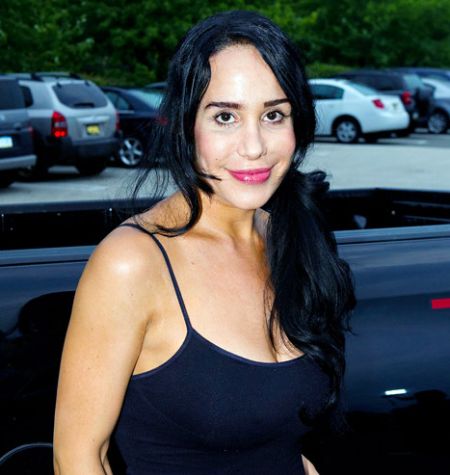