Eminem is saying it all through music!

In a segment that aired today on the 2017 BET Hip Hop Awards, the Grammy-winning singer was seen rapping, expressing his views, slamming the President Donald Trump's moves and actions.

In his newly released freestyle rap, Eminem jotted down some serious lyrics, expressing his disagreement towards the President's views. The lyrics included sentences like,

"When he attacks the NFL so we focus on that / Instead of talking Puerto Rico or gun reform for Nevada," he raps. "All these horrible tragedies and he's bored and would rather / Cause a twitter storm with the Packers." 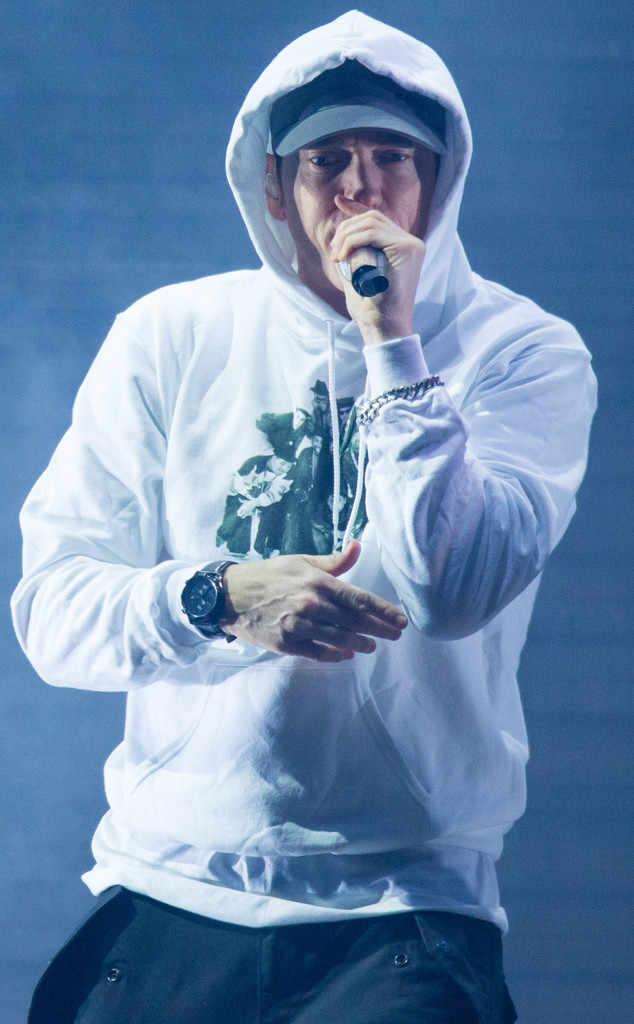 He further continued with a solid pace singing,

"Then says he wants to lower our taxes / Then who's gonna pay for his extravagant trips / Back and forth with fam to his golf resorts and mansions?"

Em' also voiced about the Trump's endorsement of ex-chief strategist Steve Bannon and his several acts of verbal abuse against Senator John McCain and other reporters.

He also set targets on those who called themselves trump supporters and rapped saying,

“And any fan of mine who’s a supporter of his/I’m drawing in the sand a line/You’re either for or against/And if you can’t decide who you like more in your split/ Or who you should stand beside/I’ll do it for you with this/F— you.”

The Real Slim Shady singer, known for his chart-topping songs never fails to speak about the real situations just like now and this isn't the first time he has slammed the President either. Last year too, he released a track, "Campaign Speech" that included certain parts about Trump and he also led in anti-Trump protests just last month.

Celebrities all over media reacted with full support and Twitter went crazy other this news. Here are some twitter reactions:

Protect Eminem at all cost

Eminem really going off! Trump must be livid #HipHopAwards pic.twitter.com/RaXz2VCniM

For more recent updates and news keep following our page!!!