Home Article Republican Senator John McCain, diagnosed with brain cancer: See what his Daughter Meghan have to say about her Father

Republican Senator John McCain, diagnosed with brain cancer: See what his Daughter Meghan have to say about her Father 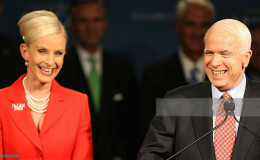 Republican Senator John McCain, diagnosed with brain cancer: See what his Daughter Meghan have to say about her Father

John Sidney McCain, the Senior U.S. Senator from Arizona has recently been diagnosed with a type of brain tumor, primary glioblastoma.

The news broke into the media a few hours ago as reported by the doctors of Mayo Clinic who told the news media speaking exclusively to the Chief Medical Correspondent of CNN, Dr. Sanjay Gupta.

And his daughter, co-host of Fox News, Meghan McCain shared a beautiful message for her father who's now in the phase of recovery.

Sen. John McCain diagnosed with brain cancer, His daughter Meghan McCain puts up a strong face with the news

The news about Sen. John McCain cancer came as shock to everyone in the news fraternity.

On Friday, 14th July, Mayo Clinic doctors confirmed from the lab results that the 80-year-old has glioblastoma associated with the blood clot. 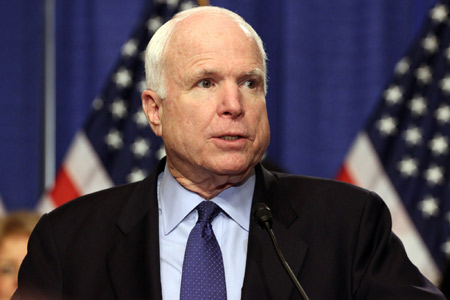 According to American Brain Tumor Association, Glioblastoma also medically termed as Glioblastoma Multiforme (GBM) is an aggressive type of brain cancer that forms in the tissue of spinal cord and brain.

After the diagnosis, the Senator immediately went for the surgery to cut off the blood clot in his brain. The surgery operated was an invasive craniotomy with an eyebrow incision that took about four hours to successfully complete.

John's reps told that McCain that the surgery went without any complication and McCain is recovering "amazingly well." 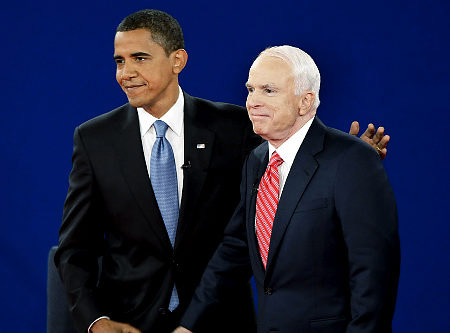 The tumor is similar to the one that former Senator Ted Kennedy who died on August 25, 2009.

.@SenJohnMcCain is an American hero. I pray for him and his family. I look forward to seeing him soon.

If there is anyone who knows how to fight against the challenges life throws at us, it's @SenJohnMcCain. Prayers for a speedy recovery.

Heartbreaking news. I've traveled the world w @SenJohnMcCain. I learned a lot from him - first and foremost, there is no one tougher. pic.twitter.com/gPtHDW1RlE

I'm praying for @SenJohnMcCain & his family tonight. Our nation is with him as he takes on this fight.

Thinking about a hero, my Chairman, my friend John McCain. Stay strong!

Her daughter Meghan McCain also posted a strong yet sweet message for her father supporting his confidence and strengths. She wrote,

“He is the toughest person I know. The cruelest enemy could not break him. The aggressions of political life could not bend him,”

John was married to the love of his life Carol Shepp back in 1965. The pair were happily married for fifteen long years until in 1980 when they decided to get divorced. 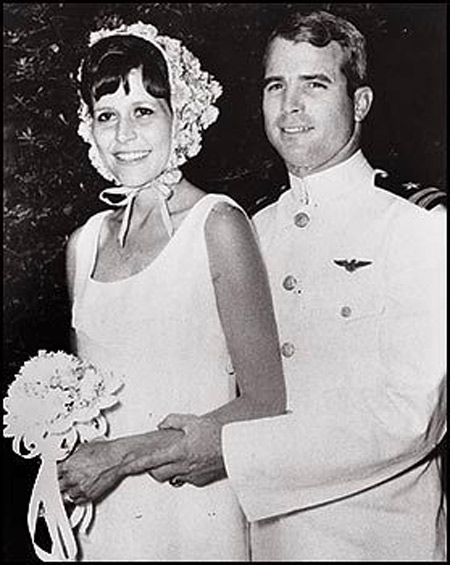 John McCain with his first wife Carol on their wedding day, Source: Salem-News

The estranged pair had adopted two sons, Douglas McCain and Andrew McCain and later gave birth to their daughter Sidney.

Douglas works as a pilot for American Airlines and Andrew is the executive at the family beer distribution company named Hensley & Co.

After the divorce, McCain started dating Cindy Lou Hensley since 1979. Sources report that McCain started an affair with Cindy which became the major reason behind Carol John's divorce. 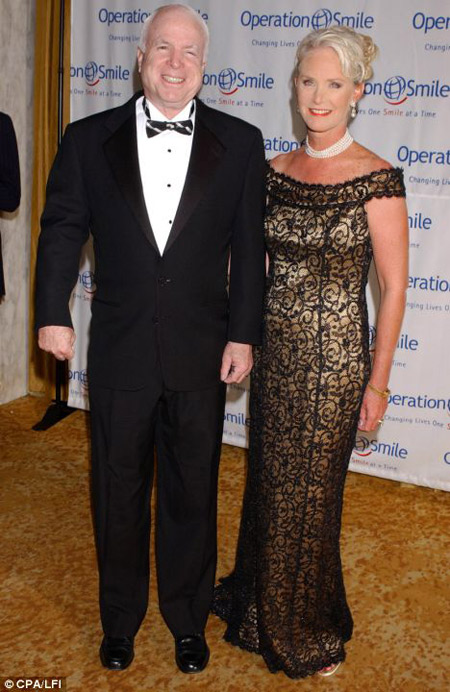 They got divorced and after that, he married Cindy on May 17, 1980, with Senators William Cohen and Gary Hart as groomsmen. 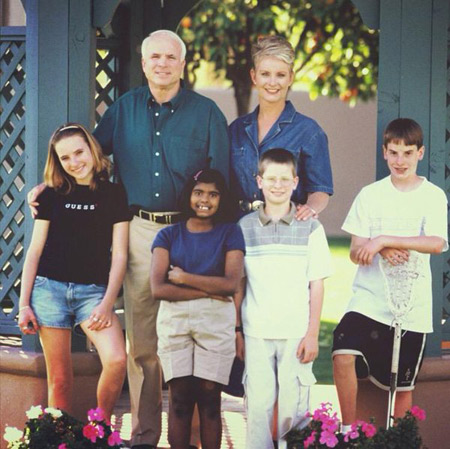 Senator John McCain and his wife, Cindy, in a 1999 family photograph with, from left, Meghan, Bridget, Jimmy and Jack, Source: NY Times

And now, the happy family of nine lives together in their grand house in Phoenix worth $2 million dollars and also have Southwestern-Style Residence in Arizona worth $1 million dollars. 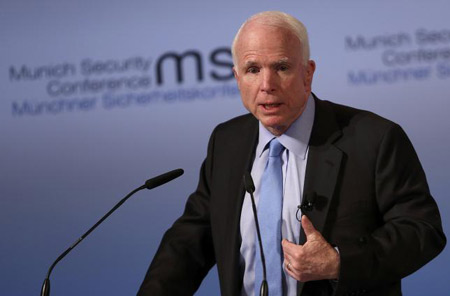