Home Article Canadian Musician Robbie Robertson; after Divorcing Former Wife Dominique, is he Dating someone? What is his Relationship Status?

Canadian Musician Robbie Robertson; after Divorcing Former Wife Dominique, is he Dating someone? What is his Relationship Status?

Robbie Robertson was once Married to his wife; They are now Divorced; Is he Dating someone new?

If you're a music fanatic, then you must have heard music band, The Band. The band performed in the 60s and the 70s and we all remember the lead frontman of the band Robbie Robertson.

The Canadian musician is one of the legends of the music industry, but many of you aren't aware of his personal life, about his wife, his relationship, and children. So, today we have brought all the exclusive details relating the personal affair of the songwriter.

What Is The Current Relationship Status Of Robbie Robertson? Any Girlfriend?

Robbie is not only known for being one of the most talented musicians of all time but also known for his charisma and charm to make any women fo crazy for him.

In the 60s or 70, he was a big name in the music industry, and girls would die to a get man like him. But as of now, after his divorce with wife of many years Dominique the singer is living a single life. 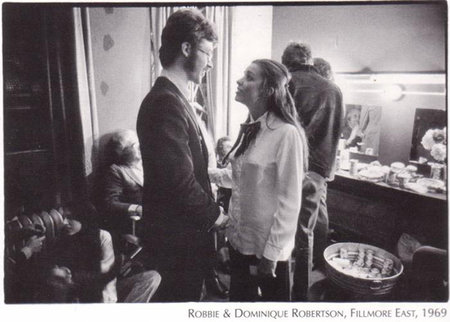 Robbie and his former wife Dominique in 1969
Source: The Band

Robbie, these days lives quite a low-key life has not revealed about his relationship.

It was the spring of 1966 when Robbie first met his Dominique, in Paris. At that time, Robbie was touring France along with his bandmates.

She was formerly a journalist. The pair started dating and eventually got married. The couple welcomed three children between them, two daughters Alexandra Robertson, Delphine Robertson, and a son, Sebastian Robertson. Their marriage life was going great until both of them decided to call it quits.

The pair first got separated and then reconciled again only to be divorced once again and this time, for good.

Similarly, in the past, he was linked with Edie Sedgwick; an American fashion model and designer and also with Carly Simon. 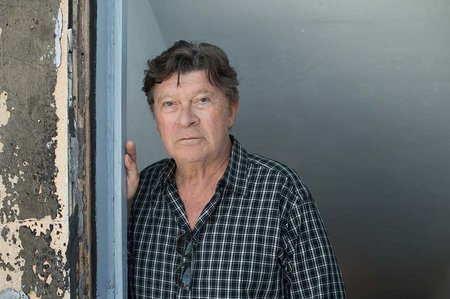