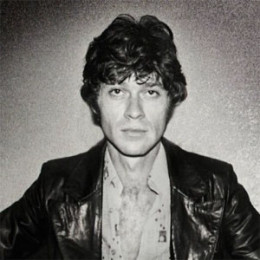 Canadian musician, Robbie Robertson is a songwriter, film composer, producer, author and an actor. He is best known as a guitarist for the band named, The Band. After a number of album and songs, he with a team entered the Rock and Roll Hall of Fame and Canadian Music Hall of Fame. Besides, Robertson is currently single after the divorce with his previous wife. He is also a father of three children.

Robbie Robertson was born Jaime Royal Robertson on 5th July 1943 in Toronto, Ontario under the birth sign Cancer. Robertson is Canadian as per his nationality, and as far as his ethnicity is concerned, he is White. He is the only child of his parents, Rose Marie Chrysler and Alexander David Klegerman.

His biological father died in an accident on the Queen Elizabeth Way when he was just an infant. After the death of his father, he was adopted by his mother’s co-worker, James Patrick Roberston who later married his mother.

Right from the very early age, Robertson was interested in music and playing guitar. His family member mainly his older cousin, Herb Myke mentored him to play guitar. He started performing at various carnival circuits from the age of 14.

At the age of 16, Robertson dropped out from the school to pursue his career in music. In 1957, Robertson with his friend, Pete ‘’Thumper’’ Traynor formed a band named, Robbie and the Rhythm Chords.

Robertson then worked for Ronnie Hawkins as a part of the band, the Hawks. His two tracks were recorded by Hawkins, Someone Like You and Hey Boba Lu.

Career with ''The Band''

Later, the band joined Bob Dylan that led to some negative reactions towards Dylan's fan. In 1968, the band released their first album, Music from Big Pink which was appreciated equally by the fans and the critics.

Later, the band released their album, The Band which was a commercial success. With the release of next album in the 1970s, the band earned great success and popularity. After working for months, the group started to break. The reason behind the group’s break was the issue of Robertson’s songwriting credits.

In 1976, after the official split of the band, Robbie Robertson began his solo career in music. Robertson then produced Neil Diamond’s 1976 album, Beautiful Noise. In the late 1970s, he released his first solo album under his own name that featured Peter Gabriel.

Even after the massive sell of the album, Robertson did not experience the same commercial success. He worked hard and focused on his second album, Storyville. As a result, he won two Grammy nominations for his second album.

Later, Robertson rejoined his former band members for the band’s induction in the Rock and Roll Hall of Fame. By 2000, he joined DreamWorks Records after being convinced by Mo Ostin and David Geffen. He then persuaded Nelly Furtado to sign a contract with the records.

In 2011, Robertson released his recording, How to Become Clairvoyant after years of absence from the music field. His latest recording includes his 2016’s album, Testimony.

Robbie Robertson made his Hollywood debut in 1972 from the movie, Eat the Document. He appeared with Bob Dylan, John Lennon, Johny Cash, Bob Neuwirth and Rick Danko among others. He then appeared in several movies back to back like The Last Waltz, Carny, and The King of Comedy.

Robertson then took a break from the acting for years. By 1994, he again continued and appeared in Jimmy Hollywood with Joe Pesci, Christian Slater, Victoria Abril, Jason Beghe and Rob Weiss among others.

Robbie Robertson with his band gave amazing music to the world. He alongside the team was awarded and was honored with various awards and titles.

Robbie Robertson, a famous and talented musician is currently single after a miserable split up with his wife, Dominique Bourgeois, a Canadian journalist. The couple was married in 1967. The couple first met in Paris while he was touring with his bandmates.

Robertson lived in Los Angeles with his ex-wife and children. The couple had three children named Alexandra Robertson, Delphine Robertson, and Sebastian Robertson. Their son Sebastian is a non-fiction children's author, and musician. The couple divorced after staying in the relationship for some years.

Robbie Robertson stands the height of 6 feet 1 inch (1.85m). Robertson has an estimated net worth of $10 million.

In 1976, Robbie Robertson married to Dominique Bourgeois, a journalist in a private ceremony. After living together for years the couple divorced in 1976 after multiple separations.

Sebastian Robertson is the son of Robbie Robertson and Dominique Bourgeois. He was born on 18th July 1974.

Alexandra Robertson is another child of Robbie Robertson and Dominique Bourgeois. Their daughter is currently an actress who is popular for Mothman.

Delphine Robertson is the daughter of Robbie Robertson and Dominique Bourgeois. She is also an actress known for My Big Fat Greek Wedding, and Murder by Numbers among others.