Sam Faiers and Boyfriend Paul Knightley are expecting their Second child; Congratulations of the Couple 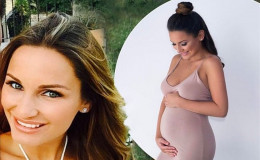 Sam Faiers, a British actress is happy with her longtime boyfriend along with their first child and as of now, were expecting a baby.

Congratulation to Sam Faiers and Paul Knightley!!!!!! The couple is expecting their second child together.

An English television personality and model, Sam popular from the semi-reality program 'The Only Way is Essex' is pregnant with her second child. Sam and her longtime boyfriend Paul shared the news via Instagram.

Sam Faiers and boyfriend Paul are pregnant with their second child

Sam who is already a mother of Paul Tony Knightley (18 months old) born on 29th December 2015, is again pregnant with a second child along with her boyfriend, Paul Knightley.

The couple seems really happy to be the parents for the second time. Recently, she was seen enjoying a date night with Paul at a sushi restaurant Zuma in Knightsbridge, central London and Sam was glowing.

She was beautifully flaunting her baby bump and we must not forget to mention she was looking adorable. 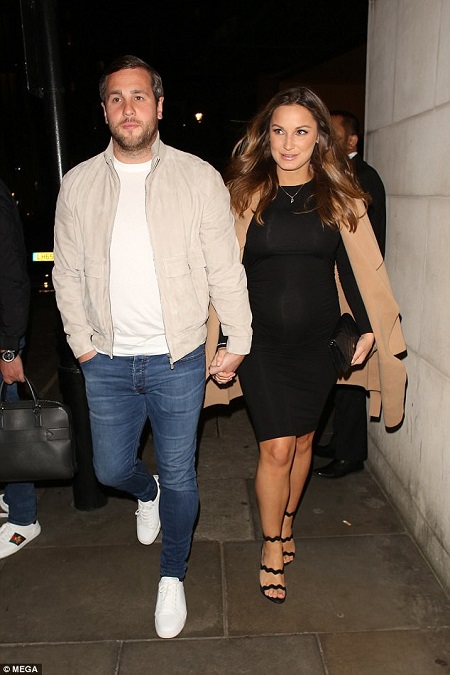 Sam and her boyfriend together with the baby bump, Source: Daily Mail

Sam seems to be enjoying her pregnancy period and is also very excited. We can see her excitement through some of the posts on her Instagram account.

#stylemybump ???? Nude & Black Fishtail Midi Dress £60 @allbitslondon (this isn't maternity, im wearing a size 10, there is a stretch to the fabric) x

Words can't describe how excited we are to meet you baby ??? We love you soo much already. #babynumber2 #2under2

We hope them to have a healthy and a happy baby soon.

Sam Faiers and Paul Knightley; See the Relationship of the Couple

Sam is in a relationship with the 27-year-old estate agent and a property developer, Paul since years. The couple met for the first time in 2014 after her separation with her first boyfriend at Towie hotspot Sheesh restaurant in Chigwell.

The couple hid their relationship from the media for three months because she was worried for Paul as he might feel uncomfortable to be in the spotlight. After three months, they finally decided to announce it to the public.

Have a brilliant time in Vegas ???? we miss you already daddy ???? @paulknightley7 x

Furthermore, after five months of their relationship, they announced that they were expecting their first baby and welcomed son together and they are waiting for the next one now.

They are still not married yet and their responsibilities for the children and jobs might be the reason but we soon hope them to see walking down the aisle.

Sam Faiers' Past Relationships and Affairs

Prior to Paul, she was in the relationship with an English television and radio presenter named, Mark Wright during their teenage. They were too young when they started dating and that might be the reason why they broke up after some time.

‘’I don’t remember much about it, other than that it was quite simple and straightforward- we were too young and inexperienced for it to be anything more! Nothing came of it anyway. I don’t think either of us was up for an actual relationship with other.’’

Sam and Mark in a picture, Source:  Hello Magazine and Sick Chirpse

Later on, she started an affair with Joey Essex, a British reality star since 2011 while they were filming their Essex reality show. The former duo was in a relationship for many years.

Joey and Sam in an event, Source: Mirror

The relationship, however, did not last long and finally in 2014 they broke up. 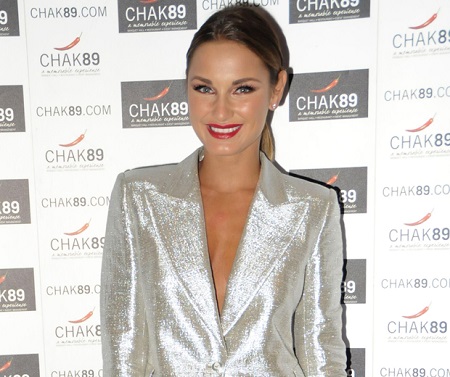