Home Article Sarah Silverman Opens Up About Boyfriend Michael Sheen to her Ex Jimmy Kimmel: See what she have to say to him

Sarah Silverman Opens Up About Boyfriend Michael Sheen to her Ex Jimmy Kimmel: See what she have to say to him 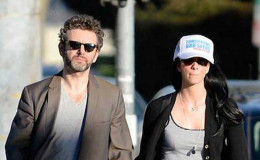 Explaining facts about the current boyfriend to the former one is unusual and often very embarrassing one.

We are actually talking about the American stand-up comedian and actress Sarah Silverman. She appeared on the Jimmy Kimmel's show on Thursday, 1st June, and they basically focused on new stand-up special and her odd and even relationship with her current boyfriend Michael Sheen.

Sarah stopped by Kimmel's Show on 1st June 2017 and face the then love of her life. They dated for few years and were very open about their relationship. But the relation did not last longer.

The exes had a lot of talks on the show about her recent activity as a stand-up comedian, health care and fluctuating relationship with current boyfriend Michael Sheen. 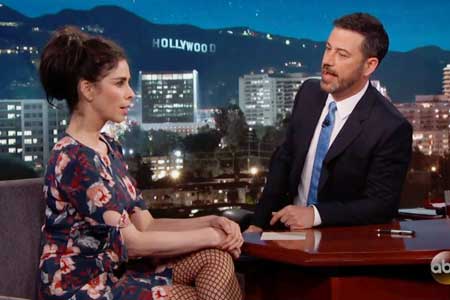 She explained about her love life as,

Well, the above words were just enough to make her ex, jealous at that moment. And Kimmel immediately diverted his concern and asked about her dog. She further talked with Kimmel,

Meanwhile, Kimmel married Molly Mcnearny after his break with Sarah. And she talked with Kimmel in the very context,

"I’m so glad everything worked out: two kids — four kids! — two since us, so I guess it really is over."

Jimmy talked something about her hospitalized case and the School of Rock actress shouted just to wait for a second.

Kimmel gave a satirical response to the guy stating that they often had many problems when they were together. She further disclosed that she even had sex with the recent guy.

Here you go an exclusive interview of Sarah Silverman talking about her ex-boyfriend Jimmy Kimmel on Entertainment Tonight:

Jimmy and Silverman dated back in 2002 and were very serious about each other. Silverman used to reflect her love life with Jimmy in some of her comedy acts saying,

"I'm Jewish, but I wear this Saint Christopher medal sometimes; my boyfriend is Catholic — but you know ... it was cute the way he gave it to me. He said if it doesn't burn a hole through my skin, it will protect me."

Jimmy and Silverman officially called off their relationship in the year 2009 with no reason disclosed openly.

This time, Sarah is happy with British actor Michael though they are apart with a long-distance. She initiated her romantic life with Sheen in January 2014 and since then they are together. 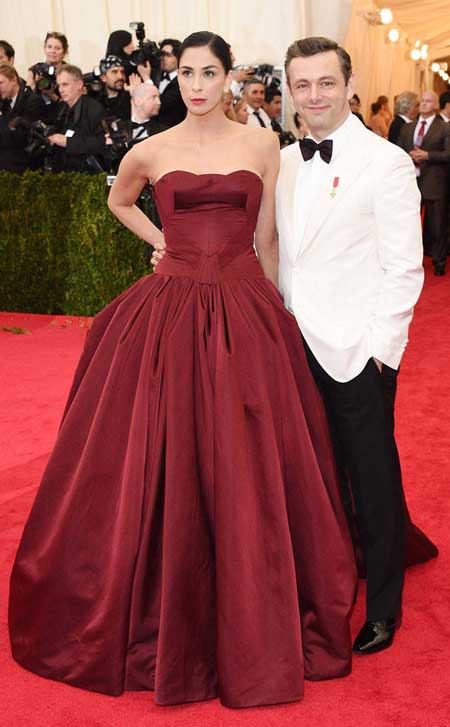 Sara and Michael together in MET Gala, Source: E! Online

They face some disturbance in their love life couple of times but the pair sort out their problems the best they can.

They are often encountered together staying close, holding hands, and enjoying a quality moment with each other. The funny girl and Sheen met for the first time at the 45th birthday of the lucky guy himself.

We really are the iconic fairytale: the manly fancypants meets the horseish monkey

Well, the duo is happy together and we wish to see him as a husband and wife very soon. 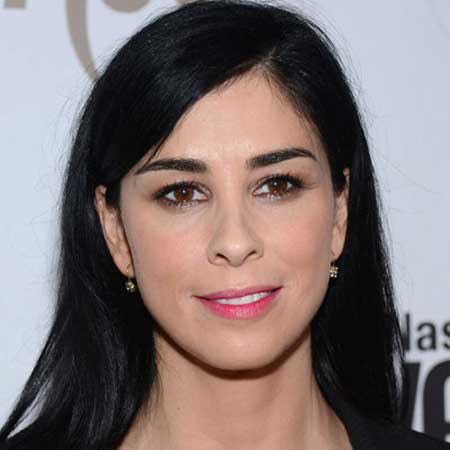 Well, all in all, we wish the heavenly couple all the very best for their future life ahead. For more latest gossips and news of the celebs, you can visit our sites.