Saturday Night Live Host Kate McKinnon is Dating someone; Know about her Girlfriend and Relationship 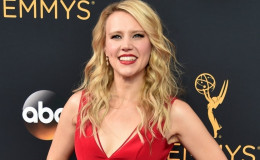 Know here who is Saturday Night Live Host Kate McKinnon dating?? Know about her girlfriend and past affairs here.

The "Saturday Night Live" host Kate McKinnon, known for humorous and glamorous personality is dating someone. The low-profile McKinnon introduced her girlfriend first time to the media at the 2017 Emmy Awards in Los Angeles and we all were amazed to see the couple.

SNL's first openly gay cast member Kate 30, finally seems to have found the one. So, who her girlfriend? How is the relationship of the couple? Find out here!!!

Beautiful and alluring Kate McKinnon never fails to make us laugh. Her performance in the Saturday Night Live is just outstanding and she is undoubtedly one of the best hosts till date. 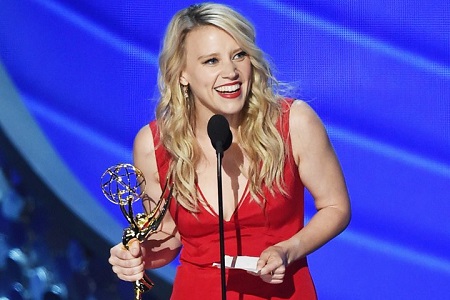 Currently, the diva is in a relationship and she is none other than the New York-based actress-photographer, Jackie Abbott. Yes!! she is the one. 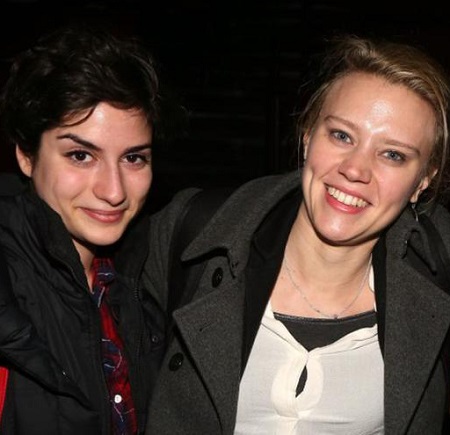 The relationship of Kate and Jackie seems to be going so well and their cute PDA's support our statement. Kate's fan seems so active to record every activity of her. Here are some of the posts of Kate with Jackie.

I have SUCH a crush on #KATEMCKINNON SO HAPPY SHE WON!!! Her girlfriend Jackie was just as lovely as she is!! Photo creds @thairinliesaphoto

How can we forget that magical hug the couple gave to each other when Kate won an Emmy for an outstanding supporting actress in a comedy series.

We are definitely looking forward to seeing more of this couple in the days to come.

Later in 2014, she appeared in the Kennedy Center Honors as part of a tribute to Lily Tomlin and in 2016, she starred in the reboot 'Ghostbusters', alongside Melissa McCarthy.

Similarly, Kate was nominated for an Emmy Award in 2014 and in 2015 finally got an Emmy in 2017 as Outstanding Supporting Actress in a Comedy Series.

Here is a video of her in an Emmy Awards.

Kate who debuted as a featured player on Saturday Night Live on April 7, 2012, is now one of the popular characters of the show and people just love her. 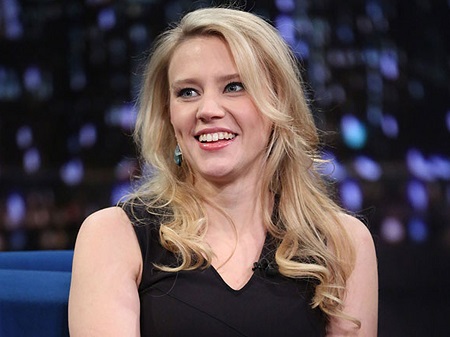