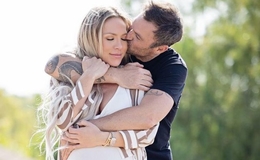 Sharna Burgess and Brian Austin Green have been together for over two years: Inside the couple's blended family! Complete story here

Sharna Burgess is an Australian ballroom dancer, best known for being a pro dancer on the ABC series Dancing with the Stars. The Aussie has been partnered with Andy Dick, Keyshawn Johnson, Charlie White, and Bobby Bones, with whom Burgess won season 27 of the series. Sharna's other credits include So You Think You Can Dance, Burn the Floor, and Australia's Dancing with the Stars.

Burgess's boyfriend and the father of her son, Brian Austin Green, 49, is an actor, rapper, and television personality. Green's best-recognized screen credits are Beverly Hills, 90210, Wedding Band, Anger Management, Terminator: The Sarah Connor Chronicles, Freddie, and Desperate Housewives. More than his professional feats, Green remains in the news for his romantic ventures. He famously dated and married actress Megan Fox, with whom he shares three sons.

Burgess and Green's relationship kicked off shortly after the Wedding Band actor's finalized divorce from Fox in November. Things with Fox were unraveling when Austin met Burgess. And although the actor wasn't looking for anything serious amid his estranged relationship with his wife of ten years, Green couldn't deny the chemistry he shares with the pro dancer. Then came the Covid-inflicted lockdown and the pair had no choice left but to connect inside the confinement of their walls. 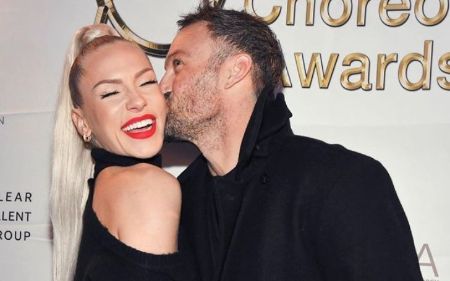 "We met at a coffee shop, then had a few dates, and then we were locked in a house together," Green said while dishing on his relationship with the Aussie. By the end of 2020, the Dancing with the Stars pro declared herself off the market. "I actually am not on the market anymore. But it's very new and very, you know, it's dating, essentially. No one's calling us a relationship yet." The couple had their first outdoor getaway in December in Hawaii, and their relationship seemingly took off after the PDA-packed trip.

The Anger Management actor and Burgess went Instagram official in early 2021, and they've only grown closer as a couple since. A few months into their official relationship, Green introduced his three children to Sharna. "I'm excited for this time in life, and I'm excited that she's in my life, Green gushed in an interview. He added, "I think she's amazing. My kids love her. It's a win-win right now." 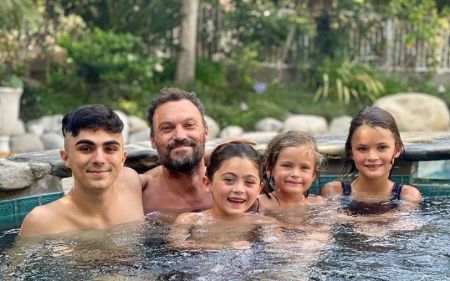 The pro dancer, for her part, has also expressed her love and gratitude towards Green a number of times. "He is an amazing dad, I can tell you that. He's one of the best I've ever known or witnessed. He's incredible. I love spending time with the boys. I love having them in my life," Burgess said. Green and Sharna even took to season 30 of Dancing with the Stars to showcase their chemistry and scored 24 out of 40.

Sharna and Brian competed on season 30 of Dancing with the Stars!

The couple announced their first pregnancy in February earlier this year and welcomed their firstborn, Green's fifth, Zane Green, on June 28, 2022. "My heart is now forever outside of my body," the first-time mother wrote as she shared a snap of her newborn. Green and Burgess have asserted that marriage is on the cards for them, but they are in no rush. Green recently discussed the possibility of having another baby with Sharna. The actor said, "I'm not saying never, you notice, I'm saying, I think. And there's a lot that can come from thinking."

In her over decade-long stint on American television, Sharna has had her share of romances- some in the limelight and some in a low-key manner. The pro dancer's first-known boyfriend is the fellow choreographer and dancer Paul Kirkland, who she famously dated from 2010 to 2015. Burgess said she and Kirkland connected while working on a movie called Street Dance 2. Following her split from Paul, Sharna was linked with a few fellow celebrities. 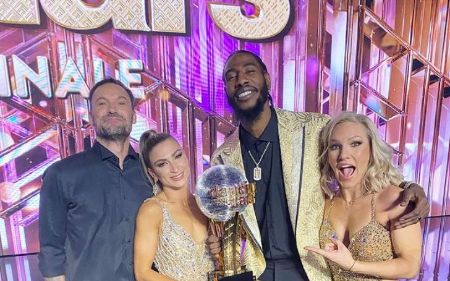 Sharna sparked dating rumors with her Dancing with the Stars partner Bonner Bolton in 2017. The colleagues were spotted getting flirty while on a night out. Sharna later flung the romance rumors as mere speculation. The pro dancer was rumored to be dating actor Pierson Fodé. While an unsure Burgess played coy, a source confirmed they were an item. "Sharna and Pierson are together," the insider said. 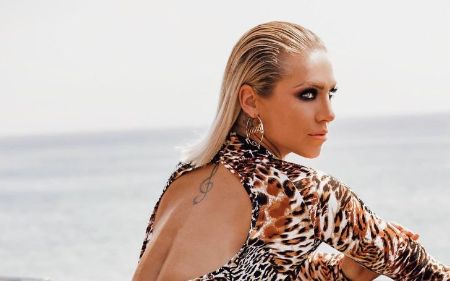 As for Burgess's boyfriend Austin- the actor was with the Jennifer's Body star for fourteen years, ten years as a married couple. The pair started dating in 2004 before tying the knot in 2010 and splitting ways in 2020. They share three sons, Noah, 10; Bodhi, 8; and Journey, 6. The Wedding Band actor shares his eldest son, Kassius, with his ex-fiance Vanessa Marcil. Brian's dating history also includes names like Tori Spelling and Tiffani Thiessen.