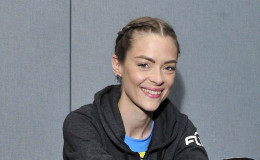 "Being a mother is an attitude, not a biological relation."My Bloody Valentine 3D actress Jaime King is a perfect mother in a real sense. She was diagnosed with endometriosis and polycystic ovary syndrome; the condition that affects female sex hormone and fertility. Unfortunately, she had five miscarriages in the past but the day finally arrived when she went through five years of fertility treatment programs and finally conceived her first baby with her husband Kyle Newman.

Now, the mother of two is living a wonderful married life with her husband as he's truly a supportive person. Let's know all the details about her marriage, kids and her health issues.

Jamie King and her husband Kyle Newman still have an enjoyable and flirty relationship even after bearing two kids.

She met her future husband for the first time on the set of Fanboys in January 2005. 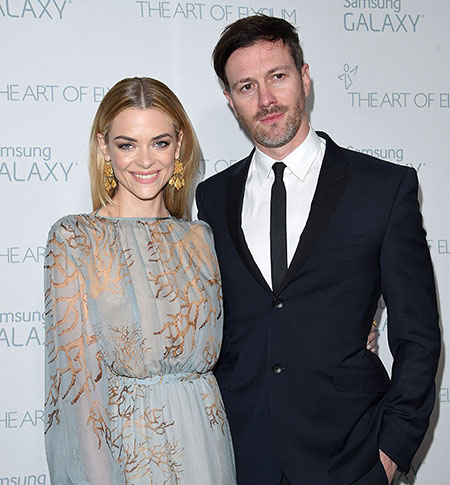 She explained how she continually remained focused on the scenes and kept herself out of dating the filmmaker while in the job.

"I had a very strict work ethic. Actors can get lost in the idea of a beautiful relationship, not me. I continually focused on my scenes."

The moved in together soon after two months of dating. Newman who proposed his then-girlfriend in spring 2007, tied the knot the same year on 23rd November.

Recommended: Disney Channel actress Sierra McCormick is already 18 and don't have a boyfriend or an affair

King reported InStyle magazine about their wedding and future plans,

"I want at least three children."

Meanwhile, the blessed couple has happily crossed more than 11 years of their marriage. The Hart of Dixie alum told US Weekly that she and Newman have "learned to be spontaneous" while bringing up their sons James, 5 and Leo, 3. Taylor Swift is the godmother of her second son.

He put on the Miu Miu necklace... then served the tea real hot that mama needs to be taught how to pose. I bow down to my new teacher. LOVE BUG @jamesknightnewman #jamesknight

"I think it’s also about each person individually having things that they love. When each person individually is learning how to be fulfilled, whether it be through other friendships, through work, through creativity."
"When you’re fulfilled as a human being, then you’re not just relying on your spouse to give you what it is that you need, which I think is sort of a tendency with a lot of long-term relationships."

Furthermore, she added that she and her husband are best friends and lovers at the same time. She also mentioned him as 'the father of my children, my favorite human in the whole world'.

During her initial modeling career, she began using heroin and became an addict from age 14 to 19. After spending some time in the rehabilitation center, she successfully kept herself away from such substances.

You May Like: Actress Aubrey Plaza is in a happy relationship with director boyfriend Jeff Baena

Here's Jamie King opening about her multiple miscarriages on The Real Daytime:

She revealed her struggle with polycystic ovary syndrome and endometriosis in 2014 which led her to infertility. She suffered five miscarriages and an ectopic pregnancy before giving birth to her first baby boy James in 2013.

She shared about her issues with PEOPLE magazine in the hope of helping other women with similar difficulties of conceiving.

'I felt so broken. Women are supposed to bear children and I couldn't.'

'I've had five miscarriages, gone through five rounds of IVF and 26 rounds of IUI. I was in severe pain all the time, emotionally and physically.'

She underwent nearly five years of fertility treatments and finally ended up getting pregnant naturally.