Sophie Ellis-Bextor is a famous English singer and songwriter who rose to fame as the lead singer of the indie rock band Theaudience during the late 1990s.Along with a successful professional life, Sophie has a great romantic life too. She is married to the Bass guitar player of the British rock band The Feeling, Richard Jones. The couple tied the knot in 2005 and is still going strong after twelve years!!!!

Sophie Ellis-Bextor is a famous English singer and songwriter who rose to fame as the lead singer of the indie rock band Theaudience during the late 1990s. She has also achieved huge success as a solo artist; after the group disbanded.

The diva is all set to release an Orchestral Greatest Hits album, which simply means a selection of all her greatest hits reworked with an orchestra. The record is going to be released in the spring of 2018.

Along with a successful professional life, Sophie has a great romantic life too. She is married to the Bass guitar player of the British rock band The Feeling, Richard Jones. The couple tied the knot in 2005 and is still going strong after twelve years!!!!

Sophie tied the knot to the musician, Richard Jones in 2005 after dating for few years. They met for the first time in a rehearsal room in 2002 when Sophie was auditioning musicians for her band. She was searching for a musician but found her soulmate instead.

The couple has a blissful life together along with their four beautiful children. Sophie welcomed her fourth child on 3rd  November 2015. She announced the birth of her son Jesse Jones via Instagram. 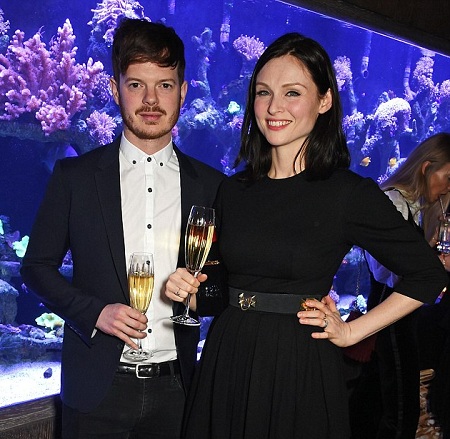 "He's here! Baby Jesse Jones, born on Tuesday 3rd November and now home safe with his family. We are all a bit smitten. Welcome to the world, darling boy. Xx"

When I had my first baby I had to have him 8 weeks early and I was scared. A very lovely midwife held my hand and reassured me that it was going to be ok. You never forget the people who make you feel safe when you’re at your most vulnerable. I learnt recently that 1 in 3 midwives feel undervalued; it made me feel really sad that these amazing people, who do such an incredible and worthwhile job, feel this way. That’s why this Christmas I’m joining @pampersworld in asking mums and dads to thank their midwives for the amazing jobs they do. Please do show your support and share your stories! For every story shared on Facebook (PampersUKIre), Twitter (Pampers_UK) or Instagram (@pampersworld) with #ThankYouMidwife, #Pampers will donate £1 to the Benevolent Fund of the @midwives_rcm which will be used to support midwives in need through the festive season and beyond. #ad

As per Sophie, the reason behind their successful marriage is the fact that even after such tight schedule they manage time for each other. They often go out and spend quality time together; far from all the stress *cough* "children."

"Both Richard and I work in unpredictable industries and often have to work at the weekend. But if we do have time off, we might have a date night on a Friday. My mum lives nearby, so she’ll come over to babysit or we’ll drop the boys off at hers."

“We have a lot of friends in the entertainment industry, so we might go to one of their gigs or to the theatre. Recently, one of my girlfriends was in Bull at the Young Vic and another starred in Henry IV Part 1 at the Barbican."

Two months later, after welcoming the baby, she was spotted with her better half attending the Creme de la Mer VIP dinner at London's Sexy Fish. She wore a black peplum style dress and people hardly believed that it was her post-baby body.

Sometimes @terror.pixel and I put the cat on @richardjonesface ‘s back when he’s trying to work. Sonny and I find that very amusing. Titus and Richard, not so much.

They surely know how to manage their 'we time' together far from all the responsibilities.

“The boys go to bed at around 9.30pm, a little bit later than usual, then Richard and I will watch a few episodes of Better Call Saul, the follow-on from Breaking Bad. It’s vital to have time together as a couple, to chat and relax together."

They are such an adorable couple, Let's congratulate them on their wonderful family life.

The 38-year-old pop star has just revealed her secret friendship with the American actress and Prince Harry's fiance Meghan Markle.

She gushed that she's a "big fan" of the royal couple. In addition, Meghan is also very close with Sophie's husband. 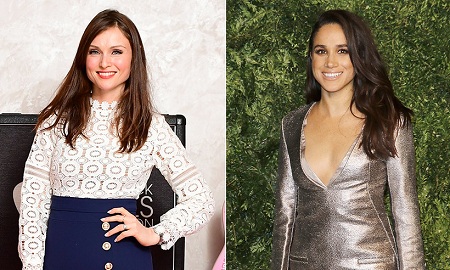 The mother-of-four said in the Lorraine,

"I have met her once or twice. She seems absolutely lovely. It would be great if they (Prince Harry and Meghan) wanted to do their choreography to Murder On The Dancefloor!"

Ellis is very happy for them (Prince Harry and Meghan) as they are engaged to be married in Spring of the following year. They started their relationship in October last year.

Meghan is also a big fan of her music. Meghan gushed about Sophie's musical journey and her hits including Come With Us on her blog The Tig which is now closed.

"Love, love, love! Bravo, Sophie! Love to you and the familia!"

Let the colors of their friendship becomes brighter with every single year that follows. 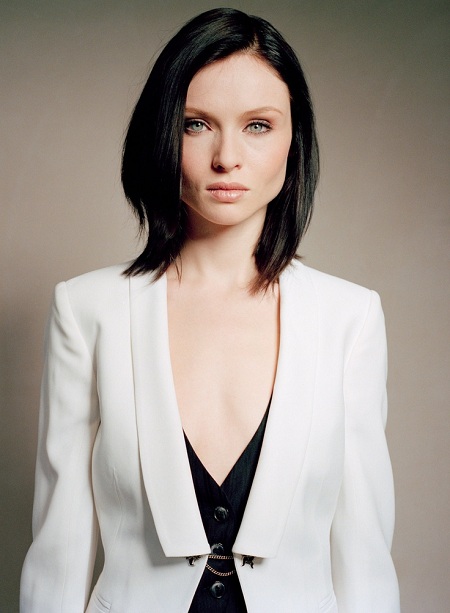