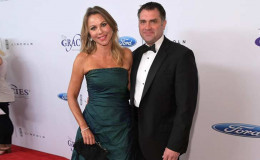 One requires a strong willpower to be back in the normal life when one suffered disasters one after the other in a row. What happened to CBS correspondent Lara Logan is every woman's nightmare. She was sexually assaulted by hundreds of men while covering the Arab Springs demonstrations in Egypt in 2011; the next year she was diagnosed with breast cancer.

Further, her inaccurate report on Benghazi attack is definitely in her memory that made her apologize and take a leave of absence from her job in 2013. Keeping all the disasters aside, we are sure her husband Joseph Burkett always loves and supports her. Let's get details on the very incident below!!!

Every single lady on earth expects boundless love and care from a soulmate beyond any kind of tragic circumstance.

Lara Logan, 48, is living a blessed life with defense contractor Joseph Burkett since 2008. They are blessed with a son named Joseph Burkett, 9  and a daughter Lola Burkett, 8.

The family life of four often seems to be wonderful from the surface but it's very important to go in-depth to get details on their passionate love, support, and emotions. The couple with their two kids are living together in Texas. 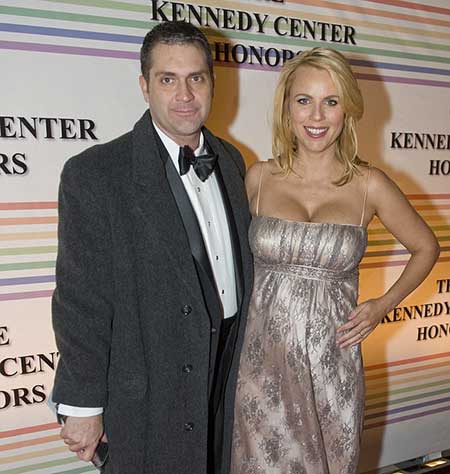 We can say that the life of Logan was entangled in struggles, pain, and tragic health issues. She was totally affected when her son was with diagnosed with dyslexia, dyscalculia, dysgraphia, and attention-deficit/ hyperactivity disorder earlier.

Being a mom, Logan never lagged back in caring for her son and help him recover the condition.

#CBSNews correspondent #LaraLogan opens up about relocating to a small town in Texas after learning her son suffers from severe learning disabilities. ?? To read the exclusive, click the link in our bio. | ??: Amanda Friedman/ Hair & Makeup: Jessi Pagel Diaz/ Zenobia Agency

The Emmy winning, South Africa-born journalist and her family moved from the East Coast to Fredericksburg three years earlier. 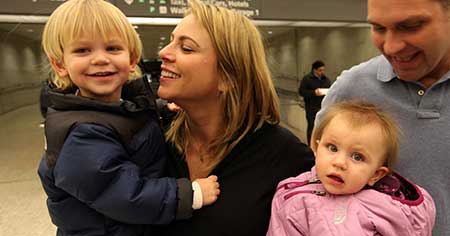 During a phone chat, Logan said,

"I said to my husband, ‘Let’s go.’ It’s a dream for me to be in Texas in the country with his family and still doing what I love, ‘60 Minutes’."

Though everything is going on the perfect pace, things were not the same in the past. Back in 2011, while reporting in Egypt she was brutally sexually assaulted by a mob of hundreds.

One year later the attack, she disclosed more details about the very incident. During an interview, she recounted the conversation with her husband after six weeks of the attack.

Well, the words above can make anyone emotional, isn't it?

Despite major disasters in her life, we are sure her loving and caring husband is always with her and that's the only thing required in a relationship.

Recommended: CBS reporter Sharon Reed Married and have Children with Husband; Rumored to have a love Child with LeBron James

She was previously married to the professional basketball player Jason Siemon in 1998 but their relationship ended in 2008 and the same year she started her new family life.

Leaving behind the hectic life in Washington, D.C., she is now focused on her family. The couple is living with their two kids and Burkett's daughter, Ashley, 13 from a previous relationship.

It's been more than three decades since Logan has reported major incidents in some of the world's dangerous locations including Angola, Kosovo, Iraq, and Afganistan.

She was reporting for CBS News when the disaster struck. A mob of hundreds of men brutally raped her while covering the Arab Spring demonstrations from Egypt's Tahrir Square.

They dragged her away from the TV crew, tore her clothes, groped and beat her. She was later rescued by a group of women and around 20 Egyptian soldiers.

She opened up during her recovery,

"It was one thing after another. It was really hard. But if you can take that many knocks and stay on your feet, you know that you can take just about anything."

"The road is very long. There are just pieces of you left after that."

"Very few people know how stoic and incredibly tough this lady is . . . No idea the physical suffering she has been enduring."

He reported that Logan's been in and out of the hospital since the attack. While still recovering, she was diagnosed with breast cancer in 2012. She recalled,

"I was in a panic. For me, I knew what to do when I was on the ground in Tahrir Square, I had to stand up. When I was on my way home, I had to start rebuilding. When I saw my children, I had to live. Those things were very clear."

She was hospitalized in February 2015 as she suffered internal bleeding as a result of diverticulitis; a stress-related intestinal issue.

Discover: Learn about seven most common cancer found in women and also know about the treatments

Here's Lara Logan herself breaking up her silence during an interview with Scott Pelley:

Still, there was something more devastating and frustrating thing waiting for her way. In 2013, her 60 Minutes report about the attack on Benghazi was found to be irrelevant and inaccurate that forced her to take a leave of absence from the job she loved the most. 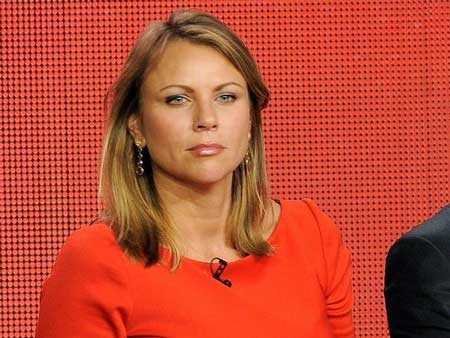