Home Article American Internet Personality Sssniperwolf Dating Someone After Her Rumored Break-up With Sausage; Or Are They Still Together?

American Internet Personality Sssniperwolf Dating Someone After Her Rumored Break-up With Sausage; Or Are They Still Together? 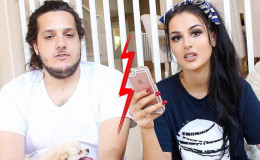 YouTube star Alia Shelesh, famously known as Sssniperwolf is no less than a renowned Hollywood celebrity. She has gained wide popularity and a huge fan following simply doing what she loves.

The personal life of a popular celeb often becomes a matter of interest for many. They wanna know whether Sssniperwolf, who was in an on-off relationship with YouTube star Evan Sausage, is single or dating someone secretly. Let's find out the details.

The YouTube star Sssniperwolf was in a relationship with her longtime YouTuber boyfriend, Evan Sausage. The duo never walked down the aisle but shared an intimate bond.

Evan is popular as a hardcore gamer. Lia met him in her video game series on Metal Gear Rising in 2014. They knew one another via YouTube. Despite a busy work schedule, the cupid manages to make their relationship more strong.

According to a confession video shared in November 2015, things started when Sausage sent her a message on social media that actually made her laugh. 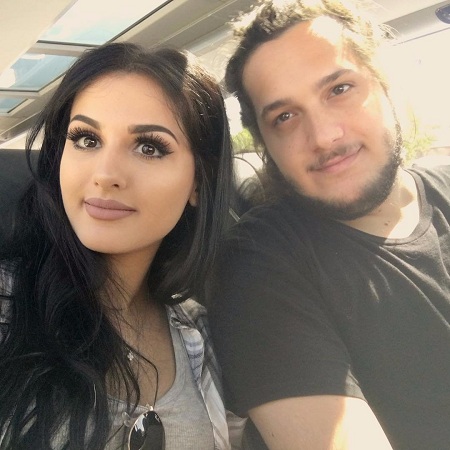 The two quickly began communicating all day long through text message and Skype in 2015. They were really serious about their relationship that the lovebirds finally moved in together.

Back on September 5, 2015, news had it that SSSniperwolf broke up with her partner a few days before he was jailed for a month. He was accused of domestic violence. Nevertheless, some photos on their Instagram proved that they were still together.

Sssniperwolf posted a video in May 2016 entitled 'We Broke Up' where she mentioned that she's no more with her beau. SSSniperWolf said:

"There's been some drama"

Still, we have a piece of good news for you people this time!

Lia has been living together with him and many times it looks like the duo are still dating despite all their differences.

Merry Christmas from my family to yours ?????? what did you guys do today?

Here you see the lovely pair picking a lovely time for themselves while shopping in July 2018. Unfortunately, Sausage was jailed a month later post their breakup cause he was accused of domestic violence.

Despite all, some photos on their socials prove that Sssniperwolf and Evan are still together. Most recently, Lia celebrated her 28th birthday with Evan Sausage on 23 October 2019. They enjoyed lunch at one of the famous eateries in the U.K. Her friend Mariale Marrero arranged the balloons and decorated the room.

Looking at her recent Instagram posts, it's pretty clear that the two are back together. You can see the couple enjoying every moment together.

Though the pair don't share images together on social media more often, it's pretty sure that they are still celebrating their bonding. And, we are very happy with the duo!

As of August 2021, both Lia and her controversial boyfriend Evan still keep their relationship away from the public eyes. The one and off couple last updated pictures of each other on Instagram was in 2018. 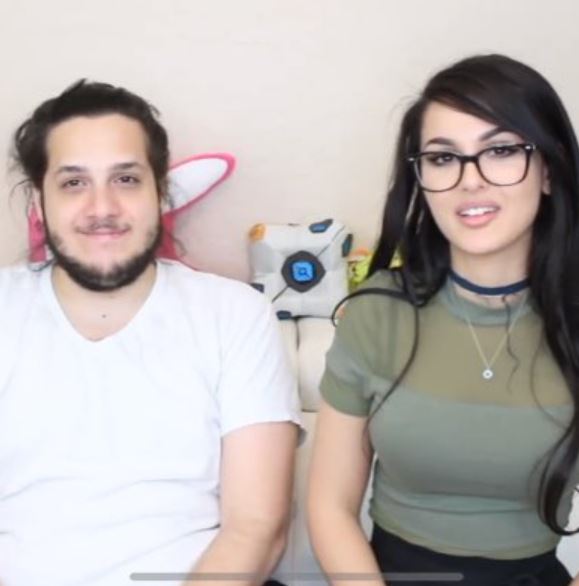 Gamer Sssniperwolf dated boyfriend Evan Sausage on and off since 2016. SOURCE: Twitter

The gamer also stopped posting anything about her boyfriend on her Twitter. However, in 2019, Lia shared a selfie of herself hugging a pillow and captioned the tweet with, "Don’t talk to me or my boyfriend ever again,"

But, in consideration of Lia and Evan not opting to delete their pictures, it definitely suggests that the two are probably still together.

Sssniperwolf has amassed huge fan followers with her amazing gaming videos on YouTube. She started playing video games when she was just 6 years of age.

She joined YouTube in January 2013 with a username 'Sniper Wolf', which was ironically a character in her first favorite video game, Metal Gear Solid.

Recommended: Know about the YouTube sensation Caspar Lee's current dating life including his past relationships

Here's a YouTube video of SSSniperWolf where she explained how she met her boyfriend!

Most of you may be unaware of the fact that she is equally good at hula hooping. She revealed about her hula-hooping skills in a video posted in 2014 where she explained,

"When I was in sixth grade, I got top prize in my school for a hula-hooping contest. Weird, but I am crazy good at hula hooping. I think it was for a couple of hours I hula hooped in that contest."

She started her second YouTube channel LittleLiaWolf in 2014 where she mostly focuses on DIY videos about crafts, home goods and recipes.

Some interesting facts of Sssniperwolf 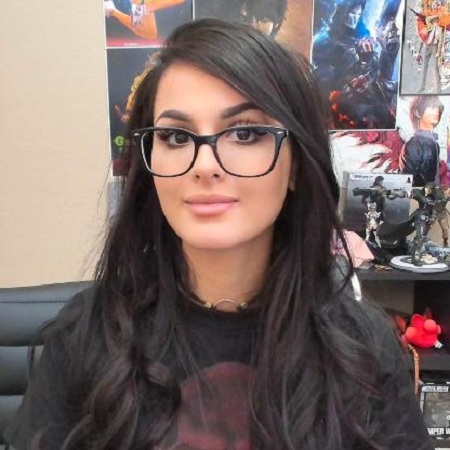