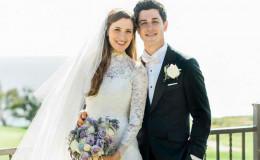 David Henrie became the first member of the TV series Wizard of Waverly Place to tie the knot. Many of his co-stars attended the wedding ceremony, including his on-screen sister Selena Gomez.

He exchanged vows with his longtime girlfriend and fiance Maria Cahill in an old Hollywood type ritual.

Talk about leaving a mark!

The day was sunny and warm in Los Angeles, California, guests looked on as the bride and the groom walked down the aisle, holding hand in hand. 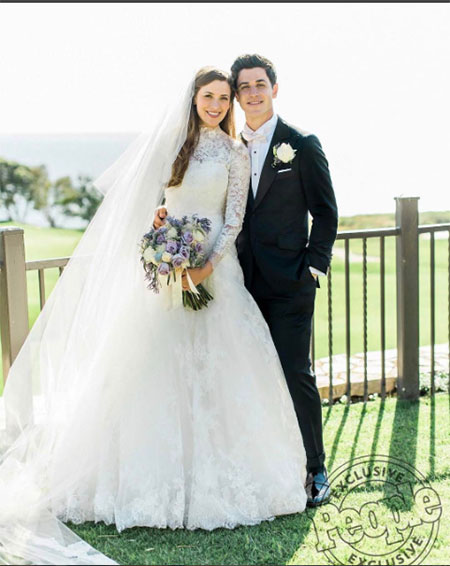 Maria looked classy, elegant, and graceful. All of the attendees were in awe as she looked mesmerizing in a white A-Line gown designed by Enzoani.

Very much in my feelings about my big brother getting married. Even though we for sure knew it would be him first. May God bless you and your beautiful wife Henrie!

Whereas the groom, the handsome hunk rocked a custom tuxedo and a white bow tie, specially made by Indochino. The dress was a tribute to his father, Jim Henrie as he also wore the same dress during his wedding. 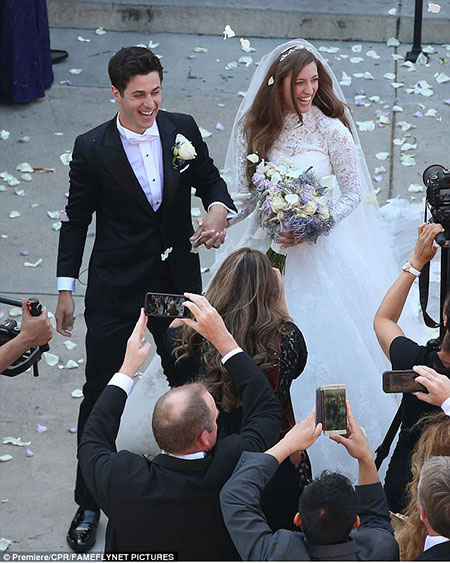 The bride and the groom looking beautiful and elegant, Source: Daily Mail

When asked about the dress, he said,

“My dad got married in a white bowtie, so I’m honoring him”

The dress that Maira wore was a surprise for David, as she didn't reveal it to him until the last moment. We can say, he was completely star struck as he gazed upon his soon-to-be wife in a wedding dress for the first time. 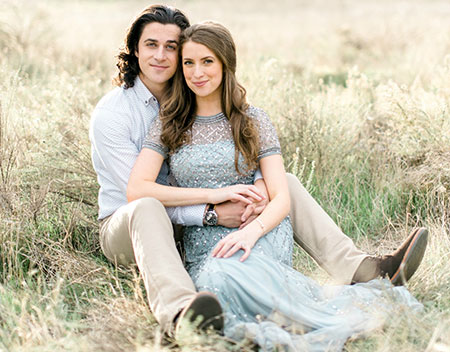 The blonde Miss Delaware, exchanged "I do" with her fiance in a traditional manner. Soon after his break-up with his then girlfriend Lucy Hale, he started seeing Maria, and the couple is stuck to each other ever since.

Around 170 guests were in the attendance to bless the betrothed pair, as they hold hands and look each other in the eye while saying "I do." 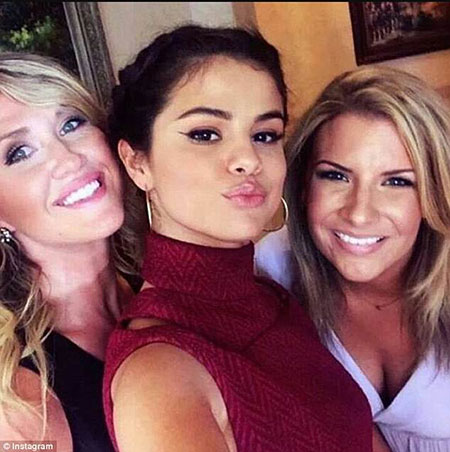 The reunion of the Wizards of Waverly Place Selena Gomez with Jennifer and Maria, Source: Dailymail

Soon the pastor said, "You may now kiss the bride," and David and Maria became husband and wife on paper as well.

Reunited for a special day yesterday that was beyond magical. It was blessed. So happy for our @DavidHenrie! pic.twitter.com/tUvVRMNQCb

His former co-stars of the Wizards of Waverly Place, including Selena Gomez, Jake T. Austin, Jennifer Stone and Maria Canals-Barrera, looked on as he gets hitched.

Saint Lucia became the preferred destination for the newlyweds, as they decided to go on a honeymoon to the Caribbean island. 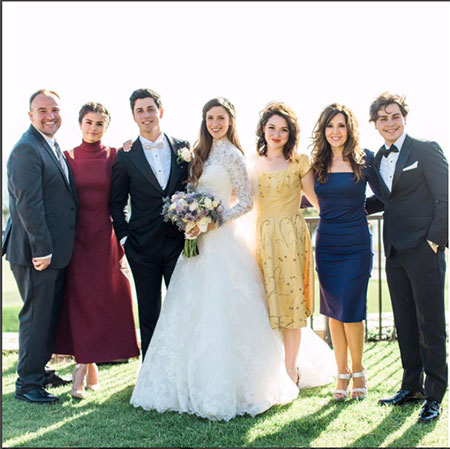 David and Maria with all of their friends, Source: Instagram

David knew from his first meeting with Maria that she's the one for him and looks like he was right. In a statement to ET, he revealed,

"I knew Maria was special from the moment I saw her. Now, almost three years later, it's almost surreal that we're finally getting married. We're so blessed to be surrounded by our family and friends to celebrate this special day and I can't wait to start this next adventure with my best friend and soulmate." 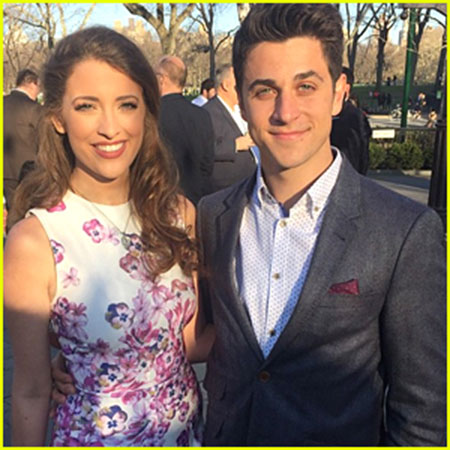 David and Maria during a recent outing, Source: Just Jared

Before the nuptial ceremony, in an interview for a magazine, he also stated,

'You always hear you should marry your best friend, and I actually get to do it. You don't meet girls like her every day.'

Their relationship is like a fictional story as they fall in love at first sight, and are now getting married, three years later. Blessed by the god...