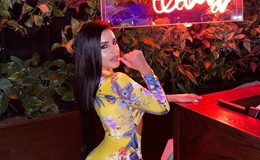 Stephanie Acevedo is a prominent American model, singer, and reality TV star who gained fame from her modeling photographic music videos & particularly after signing for Young Music Label. Recently in 2019, she appeared on the VH1 reality show 'Cartel Show.' But fans are dying to know who Stephanie Acevedo is dating after her affairs with ex-boyfriend Odell Beckham Jr. & Lil Wayne? You can get answers to your questions in the article below!

Who is Stephanie Acevedo Dating?

Stephanie Acevedo is one of the aspiring models & singers, and actresses who hail from Miami. Stephanie rose to fame, appearing in music videos after signing for the Young Money Music label. Previously the lady singer served the label as a backup vocalist for Lil Wayne's produced songs. She's indeed an aspiring rap artist that's heading down the path towards success. 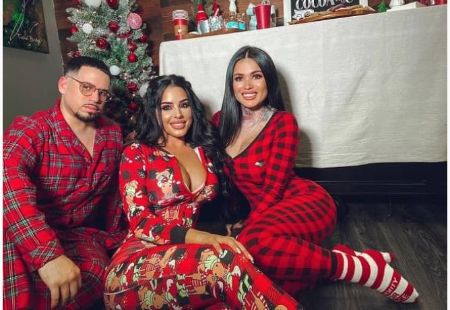 When it comes to relationships, Stephanie currently appears to be single. It might be that the model-turned singer is maintaining her privacy, keeping her relationship & love affairs hidden from the public. As for now, there are no romance plans for Stephanie, but surely, it's only a matter of time.

Speaking of her dating life, Stephanie Acevedo had at least three relationships with celebrities; after all, she is such a beauty. Previously, footballer Odell Beckham Jr dated Stephanie after falling in love in early 2016. 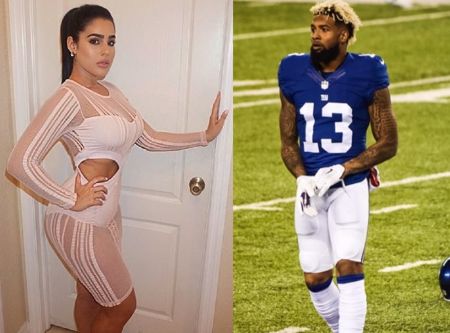 The diva Stephanie was then regularly spotted with Odell Beckham Jr. in 2016, which sparked dating speculations. The sources close to both New York Giant's star wide receiver and cash money-repped rapper have confirmed the budding relationship between the two is no longer present since 2019.

Also, Acevedo was apparently rumored to have dated Grammy-winning rapper Lil Wayne who signed her in 2015.  Bombshell Stephanie already garnered the hearts of millions with her stunning body. No wonder both Wayne and Beckham both fell heads over heels for her. 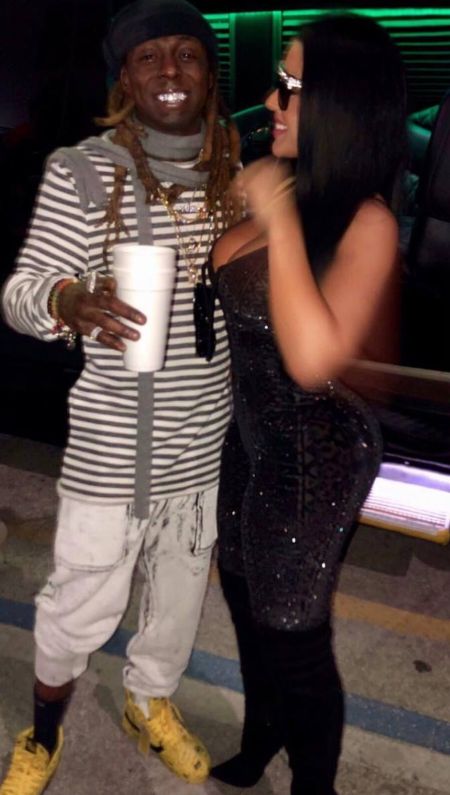 However, at the end of 2019, Acevedo was also rumored to be romantically connected to professional footballer Antonio Brown. On New Year's Eve, the controversial wide receiver Antonio shared a New Year's Eve snap with reported then-girlfriend Stephanie Acevedo captioning the post"Double Stuff." But as of 2021, both Stephanie and Antonio have reportedly parted ways.

How rich is Stephanie Acevedo?

Believe it or not, at the beginning of her career, Stephanie began her professional life as a model before chasing to become aspiring singing. As a ring-girl, Stephanie served for the mixed martial arts promotion Championship Fighting Alliance". Soon, Stephanie did modeling for various agencies in Miami, Florida, including the cover page of 'Mixed Magazine.'

Apart from this, Stephanie's wish to be a solo artist got fulfilled after being signed by Lil Wayne's label Young Money. The singer was a backup singer on Lil Wayne's song Crystal ball. She also released her solo video named Acércate, which boosted her popularity. 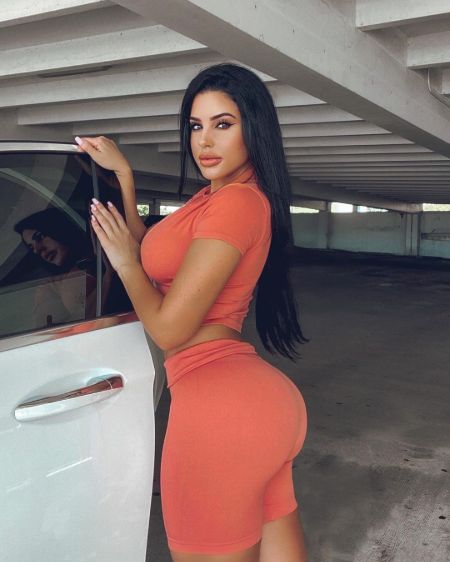 Stephanie Acevedo is modeling on a camera. SOURCE: Instagram(stephs_music)

Nevertheless, the sizzling model & singer Stephanie Acedevo bags more than $50,000 a year on average for her modeling. Stephanie, as of 2021, possesses a staggering net worth of almost $3.5 million. Thanks to her career as a model &singer.

Stephanie's recently appeared came in the VH1 reality show 'Cartel Crew' TV show that aired in 2019. Besides, Acevedo also rides many expensive cars, including her lavish Mercedez Benz car, which costs around $38,050 to $82,8250.