Home Article Still Together; Seven of The Bachelor couples who made us believe in love

Still Together; Seven of The Bachelor couples who made us believe in love 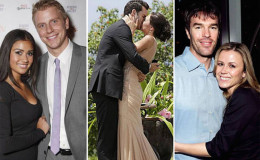 Seven couples from The Bachelor Franchise who are still Dating or Engaged or Married; From Sean Lowe and Catherine Giudici to Ashley Iaconetti and Kevin Wendt; Also, see..

The Bachelor Franchise is one of the most popular TV series all around the world. The franchise even has many spin-offs which include The Bachelorette and Bachelor in Paradise.

If you're a regular viewer of the franchise then surely you know how relationships and engagements make or break in an instant. Off all the series that has been aired so far, there are only handful of couples who remained together despite all the odds.

Today in this section, we're going to take a look at seven couples from the franchise who are still together and even raised a family of their own.

Seven Couples from The Bachelor Franchise Who are Still Together

The recent finale of last year's Bachelor was out this week and it became one of the most controversial seasons of it's kind. Bachelor Arie Luyendyk Jr. made a lot of headlines when he rejected one of the final contestants, Lauren Burnham and chose another one, Becca Kufrin, only to choose the former once again.

Also see: Arie Luyendyk Jr. broke up with Becca to get back with Lauren

You can see how easily relationship and engagements break in the franchise but then again there are many couples who prove it otherwise.

The couple from the original series of The Bachelor, Sean Lowe, and Catherine Giudici are one of one of the only two couples who are still together. Both of them joined the cast of the 17th season of the show. 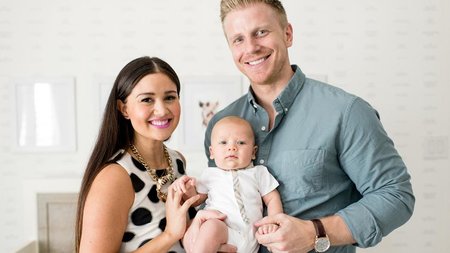 Sean Lowe and Catherine Giudici along with their son Samuel
Source: Entertainment Tonight

Initially many of The Bachelor never saw Sean choose Catherine as his fiancee but looks like he took a big turn. According to many gurus, they stated their relationship wouldn't last but the couple proved them all wrong.

Catherine has been using the @Avawomen bracelet since before she got pregnant with baby #2 and we've always gotten so much great feedback from others who use it as well. Ava tracks 9 physiological parameters to tell women their 5 most fertile days each month, and when you're pregnant, Ava provides weekly guides so you know exactly what to expect along the way. Use our promo code "LittleLowe" for $20 off at avawomen.com #ad

The couple tied the knot in January 2014 in a televised wedding ceremony. They became parents for the first time in 2016 when they welcomed Samuel. And what's more, the duo is now going to become parents for the second time as Catherine is expecting.

The season 13th of the show The Bachelor was full of controversy as after Jason Mesnick chose Melissa Rycroft, he later broke up with her and choose the runner as his fiancee, Molly Malaney. 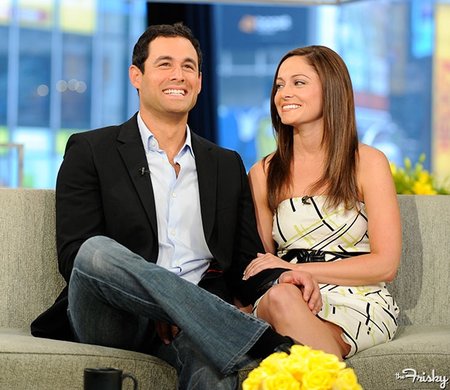 Jason and Molly tied the knot in 2010
Source: The Frisky

Looks like it was his gut decision as he decided to broke-up with Melissa and go with Molly and his gut feeling was true after all. It's been over ten years since the episode aired and the couple is still together.

They exchanged vows in 2010 and Molly even accepted to take care of Jason's son Ty from his previous relationship. The couple became parents for the first time in 2013 to a baby girl named Riley.

The very first season of the Bachelorette, Trista Rehn was the first Bachelorette. The show aired in the early 2000s and of all the contestants, she chose Ryan Sutter in the end. 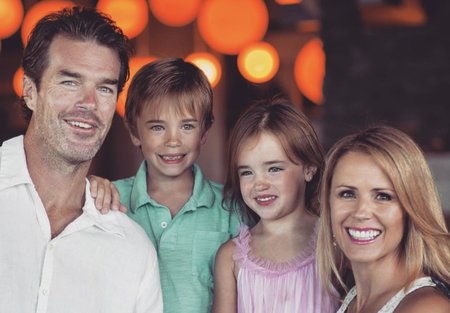 Trista, Ryan, and their two kids Maxwell and Blakesley
Source: The Gazette Review

Both of them even asked former bachelor contestant for advice regarding their relationship. The duo then exchanged vows in 2003 and that too in a television. Though initially, they faced a lot of ups of downs in their relationship and even went to Marriage Boot Camp: Reality Stars.

The couple resides in Vail, Co, alongside their two kids, Maxwell and Blakesley.

The season 12 of the series The Bachelorette, saw both JoJo Fletcher and Jordan Rodgers came out as the ultimate couples. Upon the show wrapped up in 2016, the couple went on a few more dates. 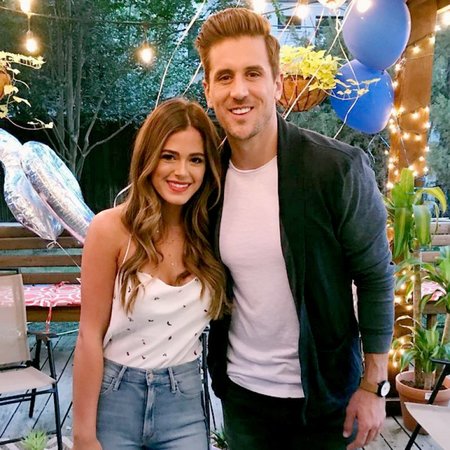 JoJo and Jordan are dating since 2016, The couple is currently engaged
Source: US Weekly

Though the pair is currently engaged to one another we can definitely see marriage is on the cards. In an interview, talking about her relationship with Jordan and their plans for marriage, she stated,

"It's something that we continually talk about."

"But I think what's best right now is we feel no pressure to do it. Think about it: when you get together in an accelerated process, it makes sense to take your time afterwards. We still have no doubts about what we want to do, and we want to get married — but we want to enjoy every moment of it."

The couple resides in Dallas, Texas and doesn't share any kids between them.

Ashley Hebert and JP Rosenbaum were the unlikeliest of pairs in the seventh season of the show, The Bachelorette. But Ashley decided to follow her heart and go with JP and the pair hasn't looked back since. 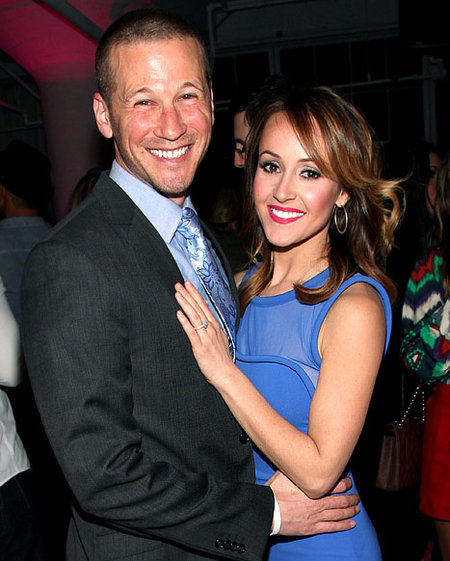 In December 2012, in a live televised wedding, the couple exchanged vows in an intimate ceremony surrounded by their friends and family. The pair is also parents to two children, Fordham, 3, and Essex, 2.

Can’t believe we’ve been driving each other crazy for 5 years. I love you so much and cherish the life we’ve created. Happy Anniversary to my love @_jprosenbaum ! See you in Grand Cayman!!!!!!!!!!

A post shared by Ashley Hebert Rosenbaum (@ashleylynnrosenbaum) on Dec 1, 2017 at 6:11pm PST

Upon the arrival of her second child, Ashley felt like her small family is now complete.

Off all the Bachelorette seasons, 11th season bring was a lot of fun. It brings many of the toughest contestants which made it more difficult for Kaitlyn Bristowe to choose. 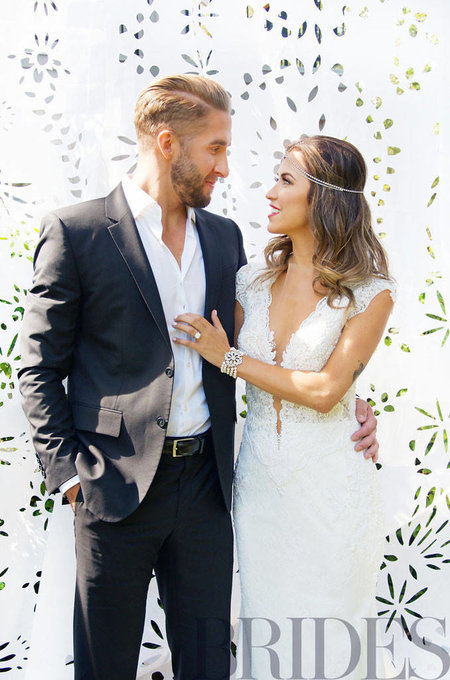 Kaitlyn and Shawn are currently engaged to each other
Source: E! Online

At first, many people believed Nick Viall will take it all away but seems fate has something else planned. Both Kaitlyn and Shawn Booth were one of the funniest pairs and to be honest, many of us were rooting for them.

As soon as Kaitlyn gave him the red rose, Shawn didn't waste any time and went down on his knees. The couple is currently engaged to one another and there is no plan for marriage yet.

Two and a half years ago, we had our first date with no cameras, at The Wren in NYC. It was so crazy to be able to hold hands in public, take pics together, and we were so excited to start our real relationship! We went back last night, still held hands, took more pics, AND we still feel excited. PRETTY NEAT!!! @thewrennyc

Both of them are constantly flaunting their relationship on the social media and we can tell they are having a time of their lives.

Ashley Iaconetti wasn't able to find the man of her life in two seasons of Bachelor in Paradise and in The Bachelor season 19. She found the one she longed for in the latest season of Bachelor Winter Games. 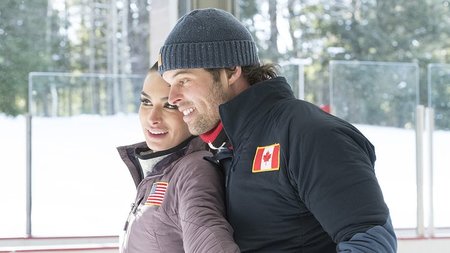 Ashley fell in love with Canadian Kevin Wendt. The couple won the Bachelor Winter Games with their epic figure skating. The North-American companions then revealed they are dating each other in low profile.

Multiple sources even claimed they've been going at each other houses and on a few romantic dates. Soon the pair disclosed they are dating and now they are in an open relationship.

“Ashley, Kevin, you just won the Bachelor Winter Games!! What are you going to do next?!” “We’re going to Disneyland!!”

This was the list of the seven bachelor couples who are still together. You believe we missed someone, do let us know in the comment section, below.