Home Article Stranger Things' actress Natalia Dyer is Dating her co-actor. Find out who is her Boyfriend?

Stranger Things' actress Natalia Dyer is Dating her co-actor. Find out who is her Boyfriend? 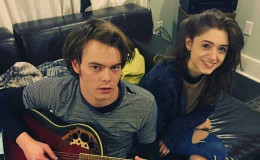 Stranger Things' actress Natalia Dyer is currently in a relationship with the co-actor Charlie Heaton. They will soon take their love life soon in next level in days to come.

American actress Natalia Dyer; best known for her role as Nancy Wheeler in the drama series 'Stranger Things' is winning all our heart through her performance.

Despite her role in few films and television shows since 2009, she has a huge fan following who wants to know everything about their favorite star, especially her dating life.

So, people, we are here to erase your doubt on her private affairs. Natalia has already encountered the love of her life and the lucky guy is none other than her co-actor Charlie Heaton.

Natalia and Charlie portrayed the role of Nancy and Jonathan respectively in the famous drama series Strangers Things.

They are reportedly in a relationship since September of last year and are still very happy together as they recently posted their images from a trip to Spain via Instagram. 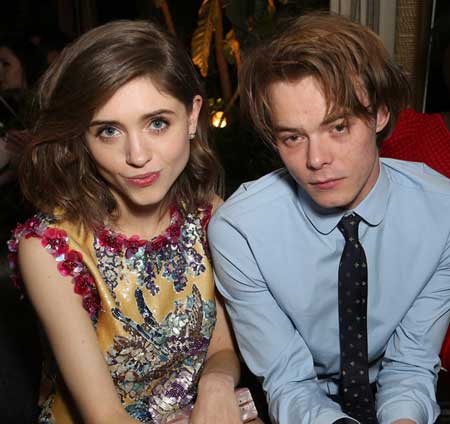 They were thought to be more than just friends and now, those speculations seem to be very true. According to an insider,

"They’re definitely dating. They’ve been together since before season two began filming in October,” the source shares. “[They spend] every waking minute together, on set and off. Natalia, 20, even brought Charlie, 22, to her hometown of Nashville to meet her family." 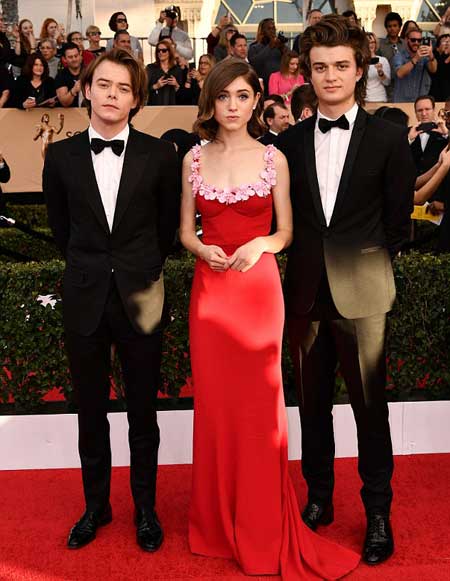 Though the couple is dating, they never disclose their relationship publicly. During their appearance in red carpet, they didn't take snaps together instead posed with Joe Keery.

Wow congrats @charlie.r.heaton on his new one man show Stranger Wings!! Sure gonna miss you s2 but happy you're doing what you love

As the couple who play as a lover in Stranger Things are the actual lover in the real life and it must be a good news for all the fans of the pair out there.

They were spotted together most recently at the MTV Movie and TV Awards in LA. The pair seemed to share the same table and to hold the hand of each other.

The pair were also encountered in a late night party at 1 am with some renowned celebrities namely Leonardo DiCaprio, Tobey Maguire and Noah Cyrus.

Here is an interview of the ideal couple keeping their dating rumors upside down on TMZ:

Well, the couple is serious about each other that Charlie even visited Natalia's family in her hometown, Nashville. Well, we wish them all the very best. 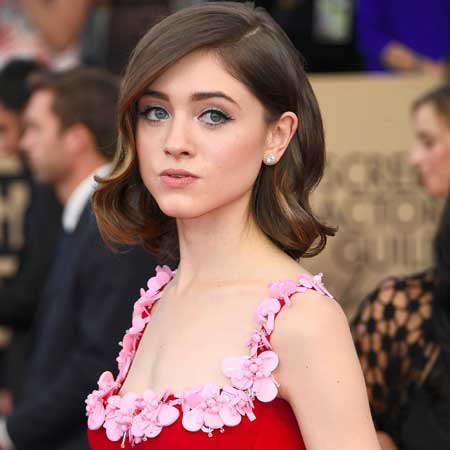