Home Article Sydel Curry got Engaged to her Athletic Boyfriend; The pair might get Married soon; Know more about her Relationship

Sydel Curry got Engaged to her Athletic Boyfriend; The pair might get Married soon; Know more about her Relationship

Sydel Curry got Engaged to her Athletic Boyfriend; The pair might get Married soon; Know more about her Relationship

One athlete getting engaged to another. It couldn't get any better than that. Volleyball player, Sydel Curry got engaged to her basketball player boyfriend, Damion Lee.

The pair has been dating for quite some time now and it was about time they escalate their relationship and without overthinking much, Damion popped the big question.

In this section, find out more about the pair's relationship and get acquainted with Sydel's personal and professional life.

You read the above subheading. It's just like it says, the pair is totally a match made in heaven. Though how the pair first met is still a big mystery, we can guess both of them met each other through their respective career. 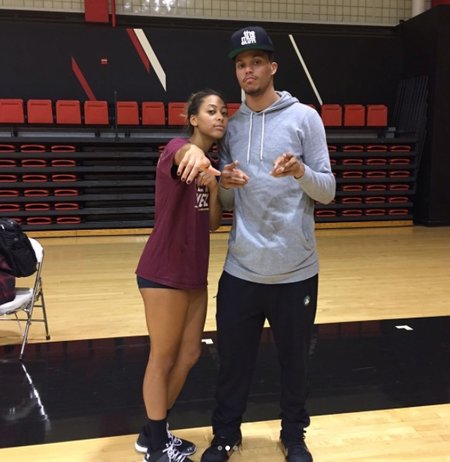 Sydel Curry and Damion Lee during one of Sydel's match,
Source: Fabwags

Syd, who is the sister of NBA star player, Steph Curry, got engaged to her boyfriend Damion on November 12. It was an overwhelming moment for Sydel as she and her boyfriend both never thought the day would come so early.

As a girl, she wasn't able to keep her excitement confined to herself and shared an adorable picture with her boyfriend on Instagram and stated she said Yes to the man of the hour.

Thank you Jesus for this man. Thank you for your perfect timing. Tonight I said yes to the man of my dreams and I couldn’t be more happy. I love you Damion Lee and cant wait to be your wife. Holy crap!!! #HappiLeeEverAfter omg omg omg omg omg omg omg. #ForeverEver

Ayesha Curry, Sydel's sister-in-law was also present when Damion bend down on his knees and asked her,

"Love is nothing to rush, I know you wouldn't hurry me
Would you like to be Mrs. Sydel Alicia Curry-Lee?"

Ayesha also shared a beautiful picture of them both on her Instagram profile stating how proud and happy she is to see her small sister engaged to her beloved boyfriend.

The whole Curry family is happy. As we said earlier the volleyball star player and Damion didn't reveal much about when they first met each other and when did they start dating each other. 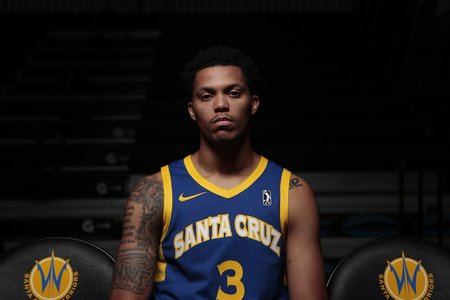