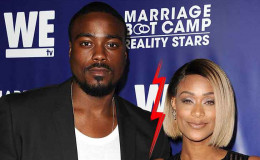 The famous beautiful American TV personality and a model, Tami Roman is best known for appearing in the hit show, Basketball Wives LA.

Tami after divorcing husband of nine years in 2001 is dating NFL prospect turned reality star Reggie Youngblood. The couple started their relationship in 2013. She and boyfriend Youngblood loss their unborn child when Roman was at the 10th week of her pregnancy in 2015. Since then, there are several rumors of the pair's break up. Are they still together? Did Tami's miscarriage suffer their relationship?

Tami and Reggie started dating in 2013. The rumors of their relationship swirled up when they were spotted in LA. Tami, who is 17 years his senior was having quite a lovely time with him.

The pair soon became one of the Hollywood's hottest couples and the news of her having a first child became the headline of every popular news channel. 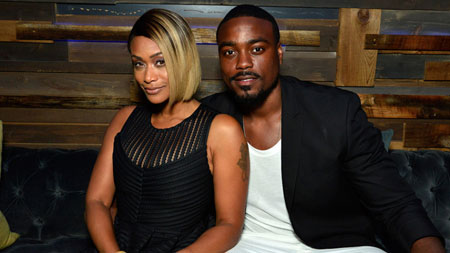 Tami and her boyfriend Reggie have been dating for about 5 years
Source: Getty Images

While the duo was desperately waiting for their little bundle of joy, Tami suffered a miscarriage at the 10th week of her pregnancy in 2015. She said in an interview,

"I am deeply saddened that after 10.5 weeks, we suffer this loss. We knew this would be an uphill battle. We were up against the odds. I have a prolapsed uterus and am diabetic. I battle bouts of hypoglycemia due to my diabetes and my blood pressure continually ran high. We were prayerful, we had and still have faith. We are not giving up."

It was not easy for both of them. After all losing a child is the biggest pain a parent has to suffer. The pair tried to have another baby but Tami again had a miscarriage.

Following the incident, many rumors came about the breakup and the pair is no longer together. But Reggie cleared all the rumors when he uploaded a picture of him making a miserable face and Tami showing her middle finger to all those haters giving a message to them.

Hate to let y’all down, but @tamiroman and I are riding together until the wheels fall off. Folks hate to see people happy and prospering, but it won’t work! Keep spreading your lies you’re looking miserable out here.

Roman is active on her social media and keeps her fans updated on her daily life. She last uploaded a picture with Youngblood on his birthday giving him warm wishes.

@iamstephaniemills explains it perfectly how I feel and how much I love you baby @reggieyb1 have a happy bday! I've been talked about and I've been scorned I've been praised and I've been adorned I've met all kinds, traveled over this world And still your love turned me into a different girl You got the right touch and I don't know what Came over me But when I woke up, honey It was so plain to see Something in the way you make me feel (I wanna talk about it) ~ @iamstephaniemills

Though everything seems fine between them Tami is little insecure about her relationship. As per the recent report, she was up for getting married with her beloved boyfriend and even asked her co-star Jackie Christie to help her get a beautiful proposal from her boyfriend Reggie but suddenly feared things won't be right then after.

Roman said that Youngblood wanted to have children when they first met and actually tried to conceive three times but faced miscarriage which she thought might have been a sign of things not getting perfect.

She admitted to her pal that she does not want to get married at all, for now, saying, "If I don’t go through with having this baby, I don’t want him to resent me”.

Though Youngblood assured he wanted to marry Roman in 2016 but their approach towards wedding would sure bring baby issues. Her friend Christie even proposed an idea of a contract so that Youngblood would not leave Roman over kids. But Roman felt she does not want Youngblood bound by any sorts of contract.

Roman's fans also suggested she should not leave Youngblood in the dark. Let's hope that she does the right thing.

Prior to Youngblood, Tami was a married woman with two children. Yes, the beautiful actress was married to former NBA star Kenny Anderson. The pair met during the 90's and tied the knot in 1994.

The couple was blessed with two children, Lyric Anderson and Jazz Anderson. Lyric, 23 is a screenwriter and a model as well. Meanwhile, Jazz, 21 is a fabulous singer. 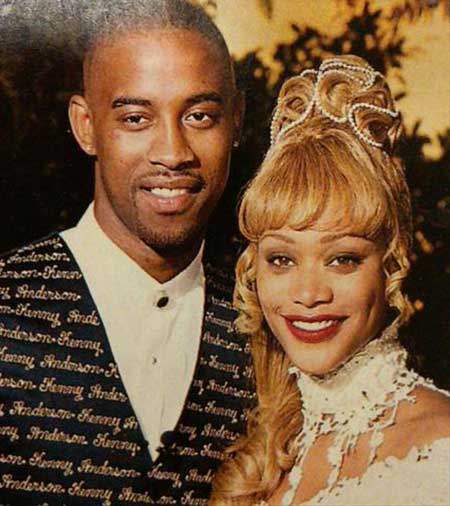 Things did not got along too well between the couple which led them to bring an end to their relationship in 2001. Tami filed for the divorce in 2001 which was later finalized in 2005. 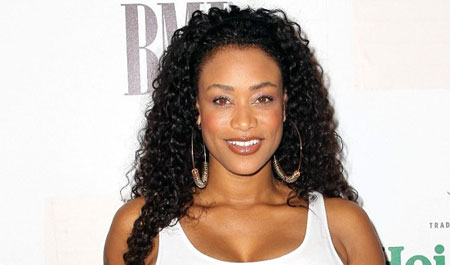