Tamra Judge renewed her vows with husband Eddie Judge. See the married life of the couple 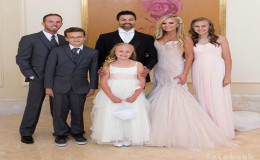 The star from The Real Housewives of Oragane Country, Tamra Judge renewed her vows with her husband, Eddie Judge after the four years of marriage after her daughter from the previous marriage slammed her on social networking sites.

Tamra Judge, a star from the American reality series, The Real Housewives of Orange Country has an interesting life full of ups and down which is not less than the series itself. Her life includes all type of spices which we find in the movies including love, marriage, separation, hate, betrayal, cheating and so on others.

Currently, she is with her third husband named, Eddie Judge. The couple together for several years after the multiple tragedies. This time she might found her perfect match. Today, let's know about her past affairs and present life.

Tamra Judge renewed her vows with her husband, Eddie Judge

The couple, Tamra, and Eddie who got married during the third episode of the reality show, Real Housewives in 2013 after dating for almost three years. She got married for the third time with Eddie. She has her own children from her previous marriage.

But recently, in August 2017, the couple renewed their vows in Aruba after the four years of tiding the knot. The couple decided to do so after the daughter of Tamra named, Sidney from her second marriage slammed her on the social networking sites posting several posts.

Relationship goals. Love is in the air...

The relation between the mother and daughter is not so good as she hates her mother and even does not mention her as her mother too. Her daughter posted several posts online insulting her mother.

Sidney stated, '' The reason I left my mother's house is that she was neglectful (leaving us at home with no food or simply ignoring us entirely), she constantly put herself first and the biggest reason was that she was mentally and emotionally abusive. She was no mother to me.'' 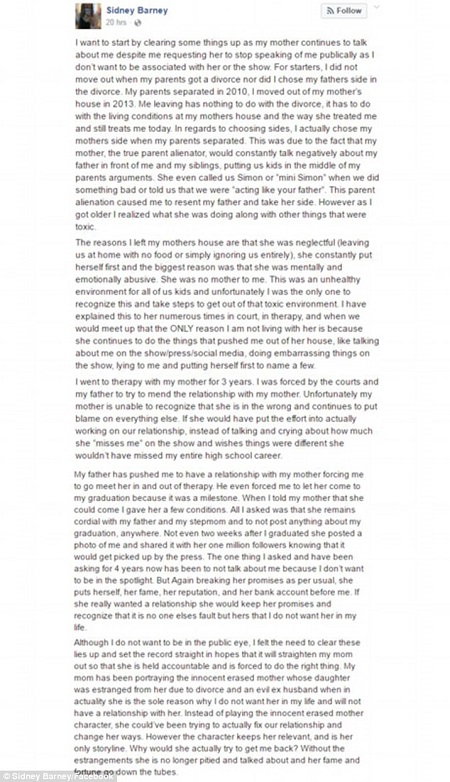 Furthermore, Tamra also participated in Sidney's graduation. However was invited only because of her ex-husband where as Sidney was no more interested to call her on the special occasion.

She stated, '' He forced me to let her come to my graduation because it was a milestone. When I told my mother that she could come I gave her a few conditions. All I asked was that she remains cordial with my father and my stepmom and to not post anything about my graduation, anywhere.''

Despite her condition, Tamra posted the pictures of the graduation on her social networking accounts that made Sidney angrier and stated to the public that:

''Not even two weeks after I graduated she posted a photo of me and shared it with her one million followers knowing that it would get picked up by the press. The one thing I asked and have been asking for 4 years now… has been to not talk about me because I don't ant to be in spotlight. But again breaking her promises as per usual, she puts herself, her fame, her reputation, and her bank account before me.''

In the response of it Tamra replied, ''All I've ever done is love you from the seconf=d I found I was preganat. I'm sorry you hate me so much. I fought so hard for you. I will always love and hope you realize one day how wrong all this is. So hurtful and not necessary.''

Celebrating love ?? with all the hate that's going on. May God bless your life because it's not always easy. But God has a plan.. a big plan. I wanna say thank you to @shannonbeador @oclydia @rhoc_kellyddodd (you know what you did and you all rock) #arubaido

They are spotted so many times in different places hanging out. They even celebrated their anniversaries going on vacations as well. However, as no children yet even after the years of relationship.

Before marrying, Eddie, she tied her knot with Sion Barney in 1999 which was also featured in the show, The Real Housewives. The couple was heading their relation smoothly and happily with each other.

Unfortunately, the relation did not last long and got divorced in 2011 due to some issues. Simon accused her cheating on him whereas she totally denied the claim. 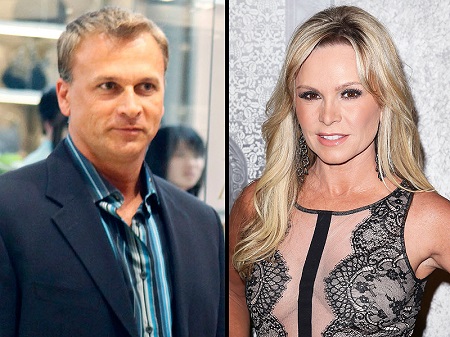 As she denied so the main reasons for their separation is still a mystery or the accusation might be the truth which was claimed by Simon.

Before their divorce, the couple welcomed their three children named, Sidney Barney, Spencer Barney, and Sophia Barney. The couple shared the custody of the children in them and they were strictly avoided to use bad words to the children.

Everything was going smoothly, until one of her daughters, Sidney slammed her on social networking sites about not caring them and focusing more on herself rather than on the children. 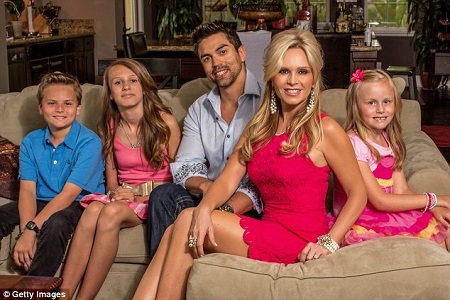 Tamra with her three children from Simon and her current husband, Eddie, Source: Daily Mail

Sidney, who was close to her mother finally broke all the relation with her mom and became one of the biggest issues on the social net working sites.

Tragic ending of her first marriage with Darren Vieth

Darren Vieth is the first husband of Tamra. The couple used to share a strong bonding at the initial phase of their marriage but as the time passes, they might start losing interest between each other and as a result, they had an on-off relationship status.

Finally, after huge toleration, the couple got divorced and split up in 1990. After joining, The Real Housewives, Tamra disclosed that she attempted suicide for multiple times during her relationship with the first husband as she could not tolerate.

However, she might not be telling all truth. On the other hand, her husband claimed her to be a liar and cheater plus a bad mother as well. He revealed the truth about her suicide during her casting The Real HouseWives.

Her ex- husband stated, ''Tamra is a liar, a cheater and a bad mother to our son, Ryan, and she seemed to enjoy constant drama in her life because it leads to attention.''

This does not prove that Darren is only the honest one. There might be the mistake of both however blamed each other for the separation which is making the issue uncleared.

The couple has a child, Ryan who is now married as well

The ex-couple welcomed the9ir first child on 27th December 1985 before their separation. Everything was going well until the separation came out. Ryan started living with her mom after the divorce of the parents.

Ryan is now a married man along with Sarah Rodriguez in 2014 and also has a daughter named, Ava Vieth. Tamra has become the young and gorgeous grandmother who posted several pictures with her grandchild. 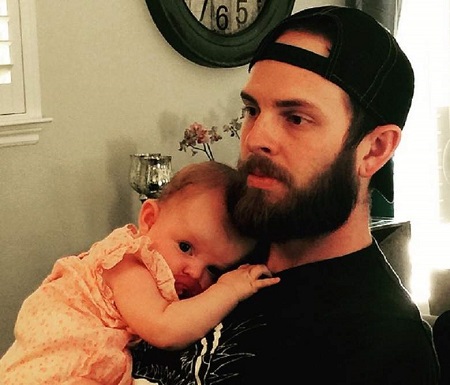 Ryan with his daughter, Source: Heavy.com

He stated, ''I do not speak to my father, Darren, for many reasons- funny how he suddenly wants to look like a good father. Simon (ex-husband of Tamra) was more of a father figure than my dad ever was to me.'' 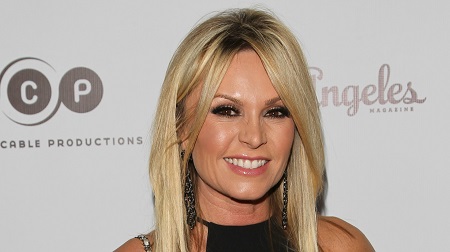