Home Article Television personality Karlie Redd has a daughter named Jasmine Lewis, she is not married yet, who was her daughter's father?

Television personality Karlie Redd has a daughter named Jasmine Lewis, she is not married yet, who was her daughter's father? 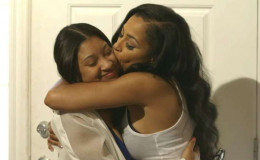 We can only imagine how difficult it must be for a single-celebrity-mother to raise her child like any other normal kid.

Karlie Redd is a celebrity single mother who has been doing an outstanding job raising her daughter. Karlie Redd (Keisha Lewis) is a mother of a daughter named Jasmine she's a grown-up now.

Karlie Redd is an American television personality, an actress, and a hip-hop personality. She is notable form the VH1 reality show Love & Hip Hop: Atlanta.

Karlie Redd Is Secretive About Her Affair, Relationship Status, And Age

A lot was known about Karlie Redd in the season finale of 'Love & Hip Hop Atlanta' but she had managed to hide her real age from the public. Karlie was very secretive about her personal life.

She did not reveal her or her daughter’s age nor did she ever mention anything about her baby’s father. But recently, online sources have revealed a lot about the mysterious Karlie.

Karlie once joked about being in her twenties that she will never reveal her real age.

It is known that Karlie is in her mid-forties and her daughter in around early twenties. Well, from this, we sure can tell that Karlie looks too good for her age.

Karlie mentioned her daughter several times in a few seasons which made everyone curious about the unknown baby girl.

Jasmine was finally introduced to the world when she surprised her mamma by appearing on the show. Obviously, Karlie was very excited to see her daughter but was very clear that Jasmine was not going to be a part of any show business until she was done with school.

Jasmine, who looks just like her mother goes to Atlanta's Clark University and understands why her mother does not want her to jump right into a career before graduating.

Not long after Karlie finally revealed the father of her child. Karlie shares her daughter with a 59-year-old Chicago gangster, Nathan (Nate) Hill.

Hill was a wanted criminal in Chicago on drug-trafficking and murder charges. He once even made to the US Marshal Service’s 15 Most Wanted List.

Nathan was found in Conakry, the capital of the West African nation of Guinea.

In the episode where her daughter surprised her, Karlie gushed about her new boyfriend Lyfe Jennings. Lyfe Jennings agreed to date Karlie after she expressed her deep feelings for him and after he noticed that she was nervous around him.

You May Like: TV Personality Maude Garrett Shared A Kiss With Friend Sam Bashor: Has Denied Dating each other: Are good friends not a boyfriend and a girlfriend

Karlie also said that she wants another baby in that episode. Apparently, Jasmine might soon have a stepdad and a half brother or sister.

Well, we would like to wish this adorable mother-daughter duo all the best for their future.

Her boyfriend Arkansas Mo popped up the question to the gorgeous lady with a beautiful diamond ring of nine carats in October 2018.

He decided to raise the question at the single release party for her jam "Ferrari Karlie'. Hence, her friends and co-stars were present there enjoying the blessed moment. 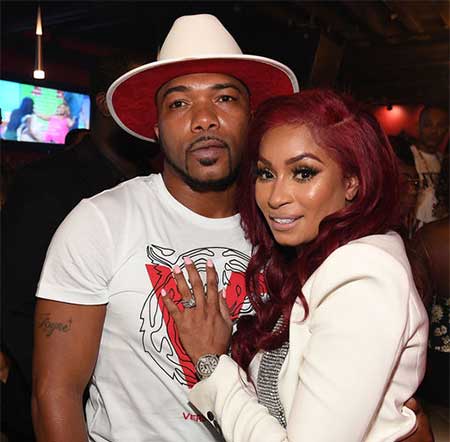 She was hosting the party at Atlanta club Buckethead Loft when her future husband went down his knees and proposed.

"I’m off the market now! We’ve been hiding our dating situation for a minute from all the cameras and shit. I guess it’s time to come out."

"It felt good. I’m the happiest man in the world right now."

We wish to see them living a happy married life in days to some. We are desperately waiting for the big day.

Stick on marriedwiki.com for more updates.