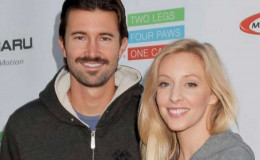 Brandon Jenner and his wife Leah Felder who together formed the group, Brandon and Leah have officially called it quits; The couple was Married since 2012; They share one Daughter; Also, see..

End of the line for the couple!

Brandon Jenner and Leah Felder have officially called it quits after 6-years of marriage. They announced the news for their separation on their respective Instagram accounts.

But, their divorce is slightly different than others as the couple still remain the best of friends. According to the statement, they are still very much in love but it was due to "individual evolution." 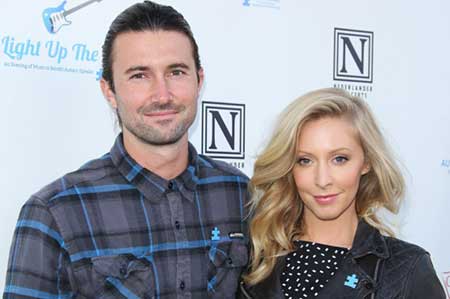 Brandon and his wife Leah Jenner have decided to get separated
Source: Page Six

"After celebrating 14 beautiful years together, we have lovingly come to the decision to end the romantic aspect of our relationship. We are deeply proud of the life we’ve cultivated together and are truly grateful for the bond of friendship we hold and cherish today. It is stronger than ever.”

The couple who is renowned for their performance as the indie-pop band Brandon Leah, also affirmed they still love and respect each other and there has been no cheating or fighting that led to this decision.

The pair is also a parent to one 3-year-old daughter named Eva. They'll be taking care of her in mutual harmony and won't let the decision affect her life in any way whatsoever.

Both Brandon and Leah knew each other since their middle school days and started dating in their early 20s. After being in a relationship for a long time, they decided to take it up a notch and exchanged vows in 2012 in Hawaii.

But Brandon wasn't Leah's first crush as she had a crush on his brother, Brody Jenner. Brandon is the son of Caitlyn Jenner and ex-wife, Linda Thompson.