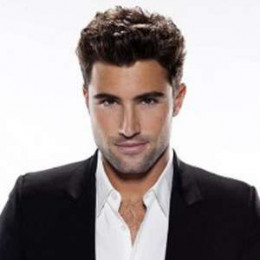 Brandon Jenner is famous for being the cast of the reality star, ''Keeping Up With Kardashians.'' Being raised in the famous Jenner and Kardashian family, he earned a huge fan following.

An American singer and songwriter, Brandon Jenner was married to Leah Felder, a singer, since 2012. They married after 8 years of relationship.

The husband-wife couple moreover shared a child, a daughter Eva James Jenner who was born in 2015. After being together for almost 6 years, they finally separated. After the divorce, both of them shared joint custody.

Following the separation, Jenner started dating Cayley Stoker. After dating for months, they are expecting twins together. They will be welcoming the twins in 2020.

@BrandonJenner has just announced that he is having twins with new girlfriend @Caylita_! They are so excited to bring the little ones into the world! Brandon's 3 year old daughter Eva is excited to be a big sister as well! ⁠⠀ ⠀⠀⠀⠀⠀⠀⠀⠀⠀⁠⠀ #cayleystoker#kardashian #jenner #kyliejenner #leahjenner #kimkardashian #kendalljenner #krisjenner #brodyjenner #breakup #realitytv #caitlynjenner #brucejenner #lindathompson #pricesofmailbu #kuwtk

Brandon Jenner has the net worth of $1 million. He makes the amount from his TV personality.

Brandon Jenner was born on 4th June 1981 in LA, California to actress Linda Thompson and Olympic decathlon winner, Caitlyn Jenner. He has appeared on reality shows such as ''Keeping up with the Kardashians'' along with his family. His family includes step-mother Kris Jenner and siblings Kim, Kourtney, Khloe, & Rob Kardashian, Brody Jenner, Cassandra Marino, Burt Jenner, Kylie, and Kendall Jenner. Brandon is a part of a musical group called ''Brandon and Leah''.

Brandon Jenner used to play music together with Leah Jenner while they were in high school. They previously performed in a band called Big Dume. He got into popularity with his duo after their single "Showstopper" was used as the theme song for "Kourtney and Kim Take Miami" on E! Entertainment.

Brandon got married to his girlfriend of 8 years, Leah Jenner on May 31, 2012 in Hawaii. They have been working together on their musical group as well.

Eva James Jenner is their first child born on July 22, 2015. She looks adorable in the available pictures.