Home Article Vernon Kay still together with Wife despite his extra Marital affairs; See his Relationship

Vernon Kay still together with Wife despite his extra Marital affairs; See his Relationship 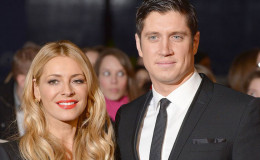 Vernon Kay still together with Wife despite his extra Marital affairs; See his Relationship and Affairs

Not many people have a wife who is as understandable as Tess Daly, wife of Vernon Kay. She took a leap of faith after giving him another chance to redemption and it's working out pretty fine.

Radio DJ Vernon was a subject of a big controversy after he was allegedly caught sexting, model Rhian Sugden. But even after getting caught up in such controversy, how did he save his marriage?

Many of the showbiz stars aren't lucky like Vernon. Despite being caught red-handed sexting, the English Radio presenter was able to keep his marriage intact. 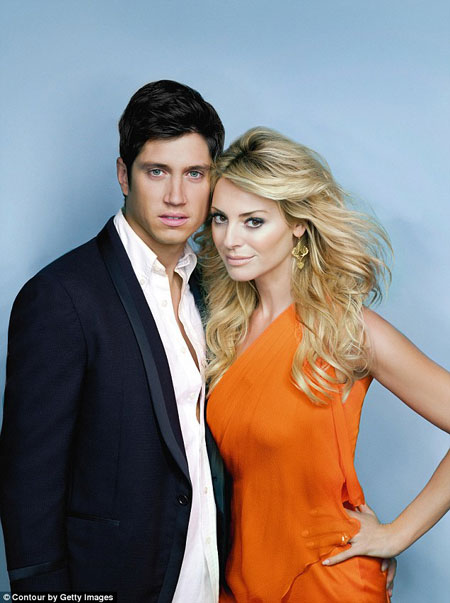 Vernon and his wife Tess posing for a magazine photoshoot, Source: Daily Mail

According to reports, in 2010, he shared flirty texts with the model. And the ironical fact is, both of them were in a relationship with different parties at that time.

After knowing about the scandal, Rhian's fiance, Coronation Street actor, Oliver Mellor became furious and broke-up with the model. A source close them divulged,

“Oliver is away working, so he hasn’t seen Rhian since the claims emerged. He was annoyed to find out she had been messaging Vernon, especially as she had kept it secret from him."

But then the pair reconciled and get back together. They started going out together once again and paparazzi spotted them in multiple events together.

As Oliver and Rhian broke-up, Vernon's 7-year marriage was on the verge of ending. The pair who got married in 2003, was about to get separated.

But the love they share wasn't going to give up on their relationship, not yet at least. The pair quickly buried the hatched and got back together. 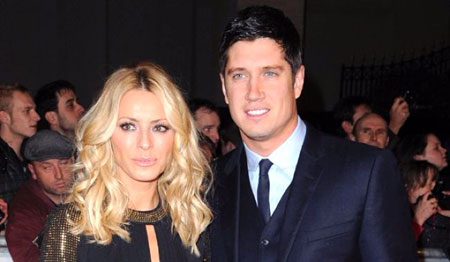 His wife Tess was very adamant and said she won't let any external force ruin her marriage. A source close to the pair disclosed,

“Tess thinks this whole incident has been designed to cause harm and she won’t let it affect her. They’ve talked about it and they’re absolutely fine. They’re totally united. She thinks the whole thing is a ‘stitch-up’, and this woman is trying to make cash and boost her own profile."

Fast forward few years after the incident and they are together and stronger than ever. Late last year they made an appearance together at a function.

Despite all the odds, they overcome all the obstacles. They are in the 14-year of their marriage and still going well.

They share two children between them,  Phoebe Elizabeth Kay and Amber Isabella Kay. 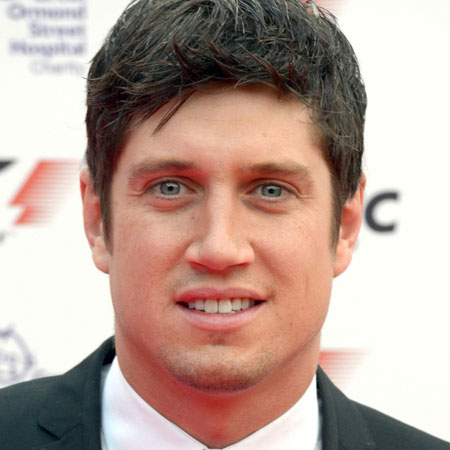