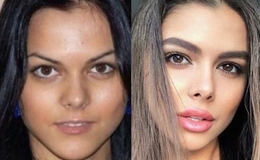 There is no doubt Russian model Viktoria Odintcova is a epitome of beauty with beautiful face and perfect curves. But how much is it the result of Plastic Surgery?

Viktoria Odintcova boasts a perfect measurement of 36D-24-36, which in turn has helped her gain millions of fans. Allegedly football superstar Cristiano Ronaldo is also one of them.

However, there are speculations that the 25-year-old model used plastic surgery to achieve this perfect body. The rumors ring true as there are photos of the model from the past, where she looks much different than now. 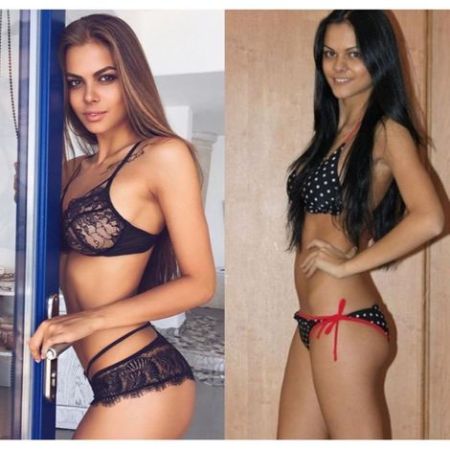 To be specific, Odintcova's breasts and buttocks in the current photo look bigger than in the past picture. Thus many speculate hat she underwent breast enlargement surgery and butt lift.

However, when observed strictly, it looks like the rumors of Viktoria's breast enlargement surgery is false. Usually, the surgically enlarged breasts have more round shape, and the width between the two breasts are hugely reduced. But it is not the case with Odintcova as she boasts more tear-shaped breasts.

On the other hand, the rumors regarding the butt lift seem possible as the 5 feet 8-inch tall model's current buttocks look more toned and lifted in comparison to the flat one of the past.

Odintcova, besides having a toned figure and amazing curves, has a beautiful face as well. The Brown-eyed beauty boasts a oval face with a perfect nose and full lips. However, none of those things seems natural.

In past photos, Viktoria has a more rounded face, her nose is wider, and her lips are very thin. It looked like she used rhinoplasty to reduce the size of the nose, lip fillers for fuller lips, and cheek liposuction to reduce the fat from the cheeks. 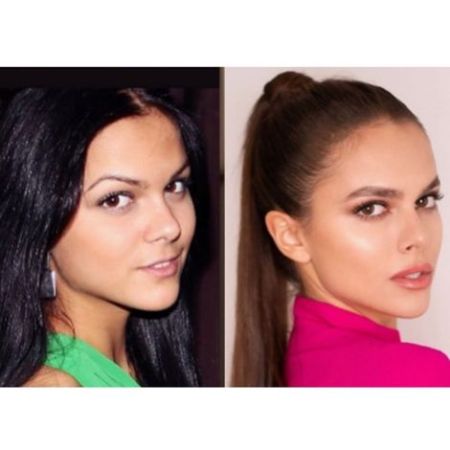 In addition to all these, she changed her look by drastically changing her hair and makeup. Once a black-haired beauty now rocks a light brown hair. Similarly, her skin is more tanned, and her eyebrows are filled.

Claims Diet and Exercise are Reasons for her Perfect Body

Viktoria, who was once rumored to be dating F1 driver Fernando Alonso, has repeatedly denied the rumors of her plastic surgery. She, in an interview, clearly stated that she has never done operations. 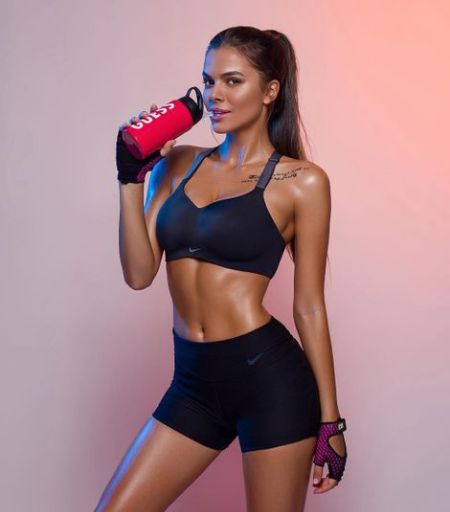 In the same interview, the model claimed that workout, makeup, and skincare is secret to her beauty. She further revealed that she exercises 3-4 times a week and eats healthy food despite a busy schedule. She always remains discipline regarding her diet and exercise, which in turn has helped her maintain a perfect figure.