Weight Loss Journey And Secrets Of Sarah Ferguson Over The Years 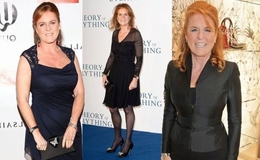 Sarah Ferguson's fluctuant weight loss and gain throughout the years is something that constantly brings her to the limelight every once in a while. After all, why wouldn't it? Her weight loss journeys have been nothing but fantastic.

It's no secret that Sarah Ferguson is known for her ties to the British Royal family as the former daughter in law of Queen Elizabeth II and the former wife of Prince Andrew. She is indeed the mother of Princess Eugenie and Princess Beatrice. 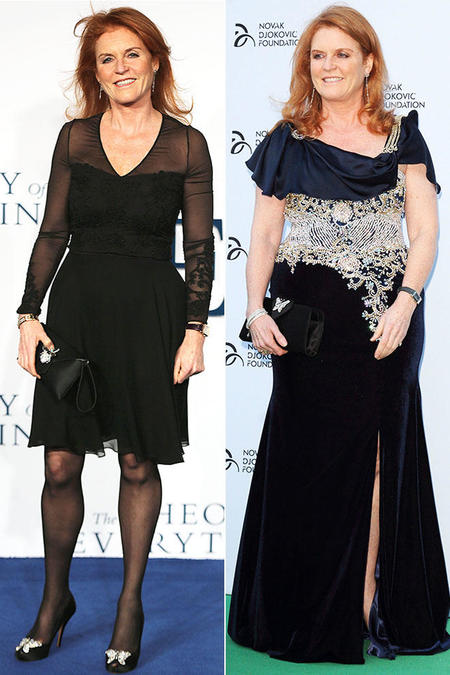 Sarah Ferguson began overeating after the divorce of her parents. SOURCE: TV Guide

As the Duchess of York, she is never not looking boring with her choices of fashion that adds extra elegance to her beauty. But, unfortunately, that doesn't mean Ferguson never had to worry about her look. Because Ferguson suffered weight gain issues since she was a preteenager.

Ferguson is the daughter of Susan Barrantes and Ronald Ferguson who divorced when Sarah was only twelve years old. And, it was the separation of her parents, something the mother of two found out when she was in a boarding school, which led her to develop an overeating habit.

To find comfort to forget about the pain and sorrows of her parents split, Ferguson only ate. The process was a never-ending loop that Ferguson struggled to get out of, as it continued for years with a repetition of fluctuant weight loss and gain.

And, Lord knows the pain Sarah and her sister, Jane Ferguson felt after the abandonment from their own mothers.

Whilst Ferguson's mother shortly eloped to the Argentine player, Hector Barrantes with whom she lived in Argentina till her death, her father married Susan Deptford with whom Sarah shares three half-siblings.

Whilst the Duchess of York struggled to take care of her eating habit, she tried everything to maintain her weight -but only to miserably fail all the time. Even her married life with Prince Andrew whom she wed in 1986 involved a lot of eating unhealthy food caused by the absence of her then-husband who spent days traveling due to work. 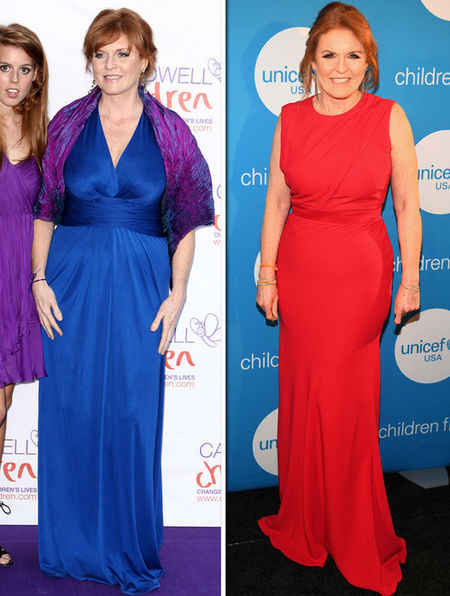 And it wasn't until five years later, Sarah dropped down 10 stone by following Hay Diet which earned her the title of most inspirational women of Slimming Magazine through the public votes. But, unfortunately, it was only a matter of time before she gained back all of her unwanted weight.

This time, the author of Tea for Ruby hired personal trainer, Josh Salzmann who helped her shed over 50 Ibs through aerobic training. And, by the year in 1997, she became the spokesperson of Weight Watchers,  a weight loss company that provides the service of varieties of diet to help their patients maintain their weight.

Speaking of her experience with Weight Watchers, the tv personality claims that it was life-changing for her. Not only the weight loss company helped her maintain her diet but also her financial and personal gain.

Recently in 2015, Ferguson worked with Fusion Xcelerator after being introduced to it by a friend. Before she applied the Fusion Xcelerator's diet rules she weighed 192 Ibs but lost 55 Ibs thereafter.

Since then, Ferguson hasn't looked back. With learning from her experience of weight gain issues, the Duchess didn't hesitate to knowledge her daughters on the importance to lead a healthy lifestyle.