Home Article Who Is American YouTuber Courtney Miller's Boyfriend? Find Out Her Past Affairs And Rumors

Who Is American YouTuber Courtney Miller's Boyfriend? Find Out Her Past Affairs And Rumors 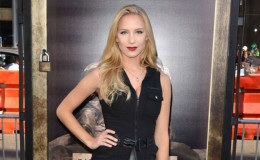 Courtney Miller is a Youtuber is secretive about her relationships but she has been linked to Shayne Topp, a fellow colleague of hers and she was rumored to be in a relationship with Wahlid.

Youtube is a boon for the entertainment industry and gives every average joe a chance to become a star and an internet sensation. But whether you are a celebrity or a normal person, the matters regarding relationships and personal life are equal for all and the odds of it remains the same for both.

Courtney Miller is a Youtube sensation and in terms of love, it seems she has found the one but wants to keep it to herself and not reveal about it to the world and her fans.

Who is Courtney Miller Dating Recently?

The internet sensation is allegedly dating a fellow YouTuber, Shayne Topp. The duo grew close cause of working together on numerous Smosh productions.

Why not people speculate them as a pair when the glamorous actress's socials are showered with the pictures of her male co-star. The two literally looked happy and cozy together in most of her snaps.

Surprisingly enough, Miller called him babe in one of her videos. Her fans took it as a confirmation of their relationship by their fervent fans. Nevertheless, they haven't yet explicitly confirmed their affair and maintained to be good friends.

Being a YouTuber, Courtney's entire profession is to be on the limelight but on the contrary, she has been really secretive about her private life and her relationships. Although there are no solid proofs regarding the news, Courtney is rumored to be dating her fellow YouTuber, Shayne Topp.

It is claimed that their closeness grew while working together on a number of Smosh productions videos. All the reported news caught on fire when in one of their videos, she accidentally called Shayne "babe" in a Livestream on Smosh Games Alliance " Mario Kart with Shayne and Courtney LIVE", which was taken as a confirmation of their relationship by their ardent fans and the media.

However, they never explicitly confirmed their relationship or they are merely good friends and colleagues. But we gotta admit, the chemistry between the two is undeniable.

She and Shayne, as well as her and Olivia, were expected by many of their fans to be in a romantic relationship. They are referred to as "Shourtney/Shayney" and "Courtivia" by all their admirers.

Also Read: 23 Years YouTuber Gibi ASMR Dating A Boyfriend Or She Is Yet To Find Her Partner?

Well, for now, all we fans can do is just speculate but still, we'll be glad to ship Shartney if the pair does announce their relationship.

Courtney Miller Past Affairs and Rumors

Courtney Miller is really secretive about her current love life and not much is known about her past love affairs either.

But as it's said, nothing hides from the prying eyes of the media. According to some sources, she had a boyfriend who is a former Viner and goes by the name, Wahlid Muhammad.

With no solid proof, the news quickly spread around like wildfire as they were seen together within her Instagram and Snapchat and spotted indulging in a playful banter on other various social media platforms.

Must Read: Matt Lanter and His Wife Angela are Expecting their first Child: See the details

Several posts of her with Wahlid are seen on her Twitter which makes us believe that they were in a romantic relationship.

Other than that there isn't any solid evidence about them and they also haven't officially commented on these allegations. They seem to have broken up around late May 2018 as he disappeared from Courtney's life.

The speculations are all a work hazard for a celebrity and rather than discussing it, it seems that she chooses to focus on her career.