NBC's Olympic Host Carolyn Manno Enjoying Her SingleHood: Rumored To Be Dating A Former Hockey Player: Details In With Pictures

Her freestyle skiing reports at the Sochi Games and quick yet quirky presentation at the 2012 London Olympics won hearts of million fans. The 33-year-old famous reporter, Carolyn Manno is living the dream of many women who want to be as successful as her.

But the big question that strikes everyone's mind is what about her family? Is she still together with her secret husband or single as a dime! Let's find out!!!

Carolyn Manno, the NFL review show host, is taking her career by storm. She's quite busy reporting the Winter Olympics 2018 at NBC. As exclusive as she seems on screen, her personal life remains a matter of enigma.

Apart from her posts related to her profession and colleagues on social media, we couldn't find anything that hinted on about her secret boyfriend or husband. 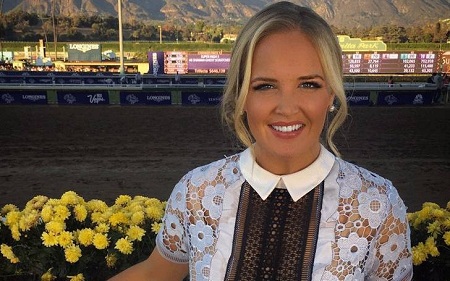 Though some sources claimed that she's living a happy married life with former hockey player Jimmy Kirkwood in past, things went on crystal clear when we came to know that Jimmy is already married.

The television journalist has maintained a low-key in her personal life, still, we can spot her enjoying her days with her friends.

Hate my job. Ugh. Gross. We are on the air right now!! Come over to NBCSN and get some coffee! Men’s ski jumping and snowboard slope style still to come...if you’re near me, bring me a coffee...

The brilliant reporter has now returned to NBC Olympics for the fourth time and pretty wrapped up hosting the night and morning segments. She is covering the Winter Olympics that began February 8, 2018, along with Rebecca Lowe, Liam McHugh, Fred Roggin and Ahmed Fareed.

After graduation, Carolyn Manno focused on reporting various sports events. She achieved a major break in her career when she got an opportunity to report the news for Notre Dame Fighting Irish, Clubs White Sox, Chicago Bears, and Indy 500.

You May Like: Sportscaster Michele Tafoya and husband Mark Vandersall's Married life. Do the couple have any children?

After working for three years, she moved to Comcast Sports Sports Net, New England. She covered some of the major events like 'The Super Bowl' and 'The NBA Finals' over there.

The word is #out ! Loved supporting NBC's Spirit Day initiative in cooperation with #GLAAD to stop #LGBT youth bullying. It's unacceptable. Lets treat each other with respect.

In 2009, NBC media hired Manno covering the sports news on their sports channel. After that, she got an opportunity to host the Olympic Games in 2012, Olympic 2016, NFL, NHL and so on.

The talented lady has also received several awards and honor including Edward R. Murrow Award and the Indian Spectrum Award. 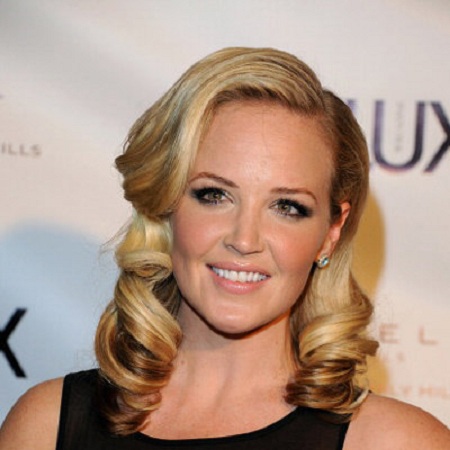