Home Article Actor Charlie Sheen is not Dating anyone after his third Divorce, "I have given up on dating and vowed never to marry again"

Actor Charlie Sheen is not Dating anyone after his third Divorce, "I have given up on dating and vowed never to marry again" 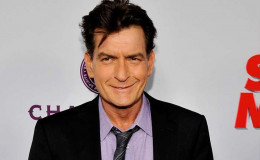 American actor Charlie Sheen has casanova image. He got married for three times and had a multiple of affairs. He shared five children with his former partners.

American actor Charlie Sheen is the most favorite star of every Two and a Half man fans where he portrays the role of Charlie Harper, the Casanova, and star of the series.

Undoubtedly, he is a brilliant star but did he have the brilliant personal life too?

Well, he is known as the hell-raiser of Hollywood because of his multiple marriages, drugs involvement and AIDS.

Let's find out, more about our favorite star.

Current relationship status of the Actor, is he Dating someone?

Many of his fans were curious to know about the current relationship status of his favorite star. 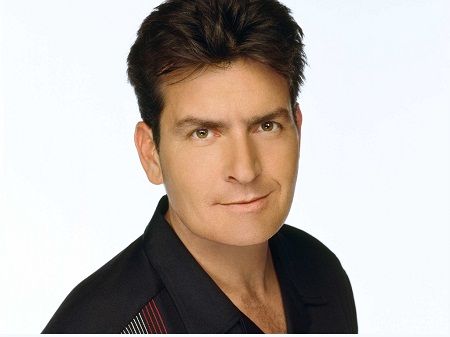 "I have given up on dating and vowed never to marry again."

“There is nobody special right now, I’m not dating. I’ve got my hands full dealing with my health, taking care of my family."

He clearly mentioned he isn't involved in any relationship which simply means recently he is single.

(how SO many 80's
fashion decisions
went shit-city...)

Past affairs and Controversial love life

Charlie has a casanova image who is very popular among girls and he is always in news because of his relationship.

He got married for three times but despite that, he has too many girlfriends as well.

First, he married to beautiful Donna Peele but after a year duo ended their married life. 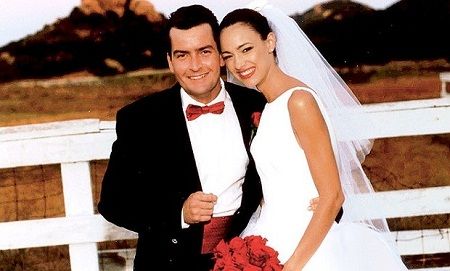 Charlie and Donna at their wedding, Source: 2Paragraphs

Later, he got married to Denise Richards and Brooke Mueller but same as his first marriage his second and third relationship also started to break and hit some rough patches and eventually resulted in a divorce. 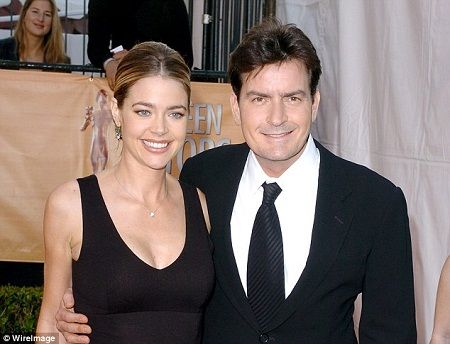 Charlie shared five children with his ex-partners where three of them are daughters and two of them are sons.

Unlike being in a relationship with too many girls, Charlie is popular for being involved in drugs too.

On May 20, 1998, he was hospitalized because of the overdose of drugs. 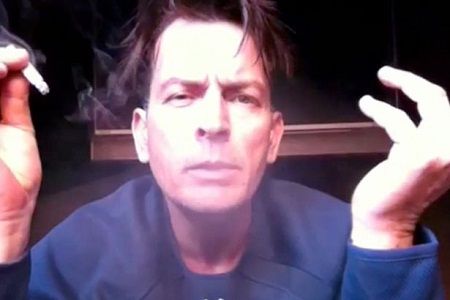 Now, he has given up to drugs and alcohol for good and in an interview with ABC, Sheen confirmed he was no longer addict of drugs.

Recently on April 28, the 51-year-old actor was ordered to land his private jet by police for drug inspection as he returned to Mexico from the US. 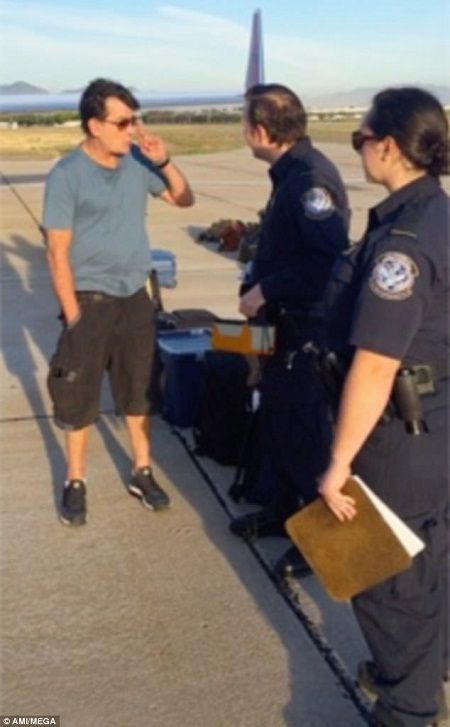 Charlie was inspected by police at airport, Source: Daily Mail

However, the police didn't found anything and apologized him as they got a false alarm.

It looks like still, his past activities influence his present life.

Speak about his HIV positive

On November 17, 2015, in an interview,  with Matt Laure, the Golden globe award winning actor confirmed that he is HIV positive.

He also revealed that he was diagnosed since 2011 and has paid extortionists approx. $10 million dollars to keep his HIV positive secret from the world.

He admits he caught HIV after only two instances of unprotected sex.

Let's take a look at his interview,

Charlie is one of the highest paid actors in Hollywood who received $1.8 million dollars per episode for ‘Two and a Half Men’. 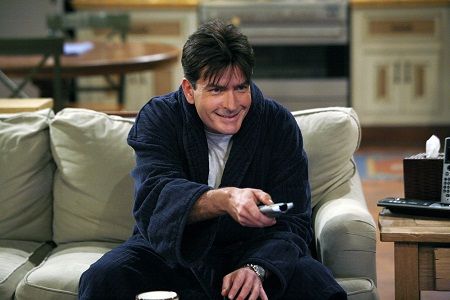 Charlie portraying the character of Charlie Harper from Two and a Half Man, Source: The Return of the Modern Philosopher

At last, we want to wish Charlie a happy and healthy life with his children.