Home Article Who is Chord Overstreet Dating in 2022? His Relationship History

Who is Chord Overstreet Dating in 2022? His Relationship History 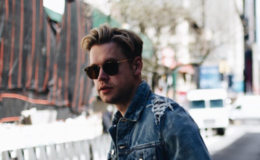 Chord Overstreet is an actor and musician from the United States with a net worth of $1 million. The 33-year-old star is best known for his work as Sam Evans on Glee.

Chord Overstreet is an actor and musician from the United States with a net worth of $1 million. The 33-year-old star is best known for his work as Sam Evans on Glee.

Overstreet's debut song, Homeland, was made available on August 26, 2016, through Safehouse Records and Island Records. 6 ft tall actor has worked in several movies and tv shows.

Who is "Hold On" Singer Chord Overstreet Dating?

Chord Overstreet is dating his girlfriend, Camelia Somers. She is an actress from the United States. She rose to prominence after her role as Charlotte in The Bold and the Beautiful. According to People, the pair confirmed their relationship in December 2020. Overstreet is displaying his affection for Somers in the sweetest way possible. 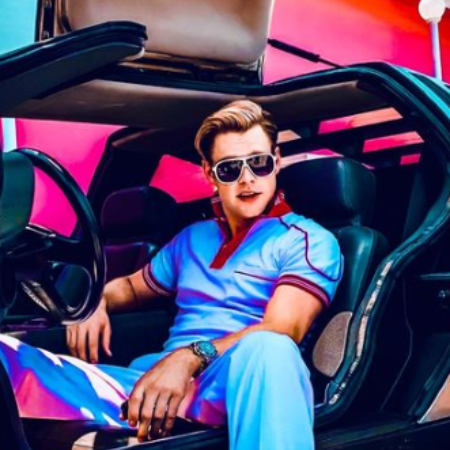 Chord released a new music video for his song Sunkissed on Friday, directed by Paul Khoury and Wesley Quinn. His love interest is played by Camelia, the granddaughter of Suzzane Somers. The lovebirds are seen cozied up together in the video for the upbeat track, playing Scrabble and dancing around.

While Chord is singing about gold rays and freezing time, Somers is encircled by a vibrant, sunkissed glow and gradually fades away. "It's all about relaxing in the Summer sun," Overstreet wrote on Instagram after the video debuted. Chord appeared in a photo for Somers' 25th birthday celebration. "Feeling so loved," The Bold and the Beautiful actress wrote in the post.

People confirmed the relationship a few weeks later. While they have been seen together since then, they have kept their romance private until now. Chord's romance with Somers began more than two years after he ended his relationship with Emma Watson, with whom he dated for several months in 2018. An insider told People, at the time of their split, "It was never going to be their long-term thing."

In 2018, Chord Overstreet was in a relationship with a Harry Potter actress, Emma Watson. After leaving the Vanity Fair Oscar Party together, Page Six confirmed their relationship. "It's crazy but they are dating, although Emma wants to keep everything private and quiet," an insider told. After secretly seeing each other for a year, the pair separated in 2019. 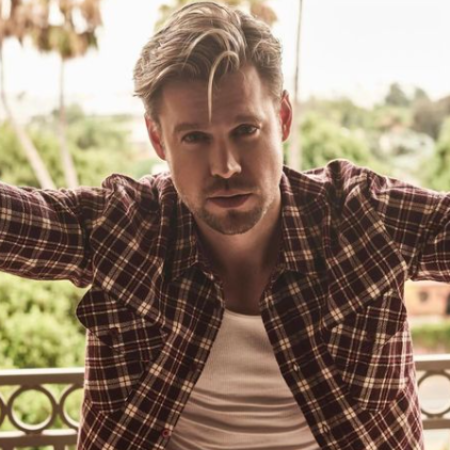 In 2018, Chord Overstreet was in a relationship with a Harry Potter actress, Emma Watson. SOURCE: Instagram

Overstreet has dated a number of celebrities in addition to his high-profile romance with Watson. His most well-known was Emma Roberts. From 2011 to 2012, the couple was together. Thier split was not amicable, as Emma allegedly abandoned her then-boyfriend.

Prior to Chord's relationship with Roberts, he was romantically involved with actress Josie Loren for a year which ended in 2011. Overstreet has also dated Brooke Butler, popular for her role in The Sand and All Cheerleaders Die. The couple dated in 2015.

As per various reports, Overstreet also had a brief relationship with actress Lily Collins. They were together for a month in 2012. Chord and Lily even attended together the Flaunt Magazine Party.

Chord was also romantically linked with Halston Sage, Ashley Benson, and Elsa Hosk. Overstreet and Halston dayed until she was seen with her Neighbors co-star, Zac Effron, in 2014.

On Feburary 1, 1989, Chord Overstreet was born in Nashville, Tennessee. He is the son of hairdresser Julie and country music singer and songwriter Paul Overstreet. 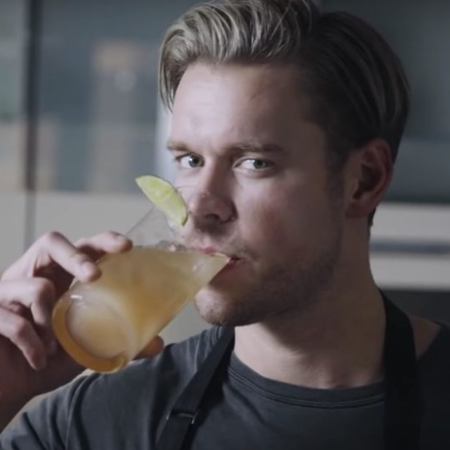 As per Daily Mail, Chord Overstreet posted a vine alleging that he or the crew were later detained, which increased the drama factor of a Glee scene being filmed in Times Square. In the extremely brief film, which implies that the police station is somehow implicated in this city center scheme, Overstreet didn't appear overly upset. "Well this what you receive for shooting in Times Square, getting reserved at a police station... that's what you get," adds Chord, facing the camera. 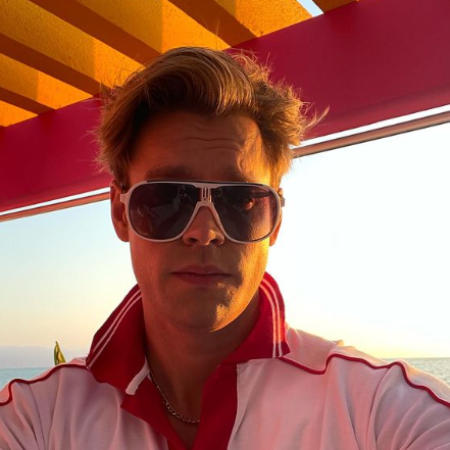 Chord Overstreet posted a vine alleging that he or the crew were later detained, which increased the drama factor of a Glee scene being filmed in Times Square. SOURCE: Instagram

Despite the fact that it was a big production because it was a Glee episode, the NYPD made certain to catch any permission violations. Mail Online has contacted the program's broadcaster FOX for a response. But Chord's relaxed posture and coffee cup in the station seemed to indicate there weren't any major issues going on.

Lea Michele was also filming scenes at the same location and beaming as she arrived. She and Chord arrived at JFK International Airport in New York City in matching all-black outfits. Michele smiled broadly as she walked through the airport after tweeting that her new album Louder was shown at number four on the Billboard 200 chart.

"#LOUDER made its debut in the top 5 of the @Billboard 200!!! It's like a dream come true. Thank you all for your support!" Lea tweeted.

Overstreet announced to his more than one million Twitter followers early Thursday that he was "Off to NYC!!" Chord later posted an Instagram photo of a clear iced drink with the caption, "This is my life right now:)."

On March 4, Lea released her debut album, which included songs about her late boyfriend and Glee co-star Cory Monteith, who died of a drug overdose last year at the age of 31.

Stay updated in Married Wiki for more articles and news.