Home Article Who is Christina Applegate' Husband? Know Detail About his Married Life and Relationship

Who is Christina Applegate' Husband? Know Detail About his Married Life and Relationship 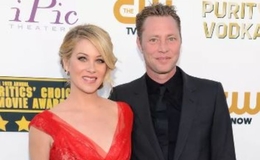 Many of you might recognize Christina Applegate, who got widespread attention when she took over the role on the show The Dead To Me, as Jen Harding. Let's learn everything about her husband in today's section.

Christina Applegate is a well-known actress in the United States showbiz industry. The 50-year-old Emmy-Award actress gained broader recognition in the early 1970s when she acted as Kelly Bundy on Married... With Children.

Christina Applegate - Married Her Husband In 2013

Christina Applegate started dating Martyn LeNoble, a Dutch musician, following her end of a four-year marriage with fellow film star Johnathan Schach. The lady has been happily married to Martyn since 2013. 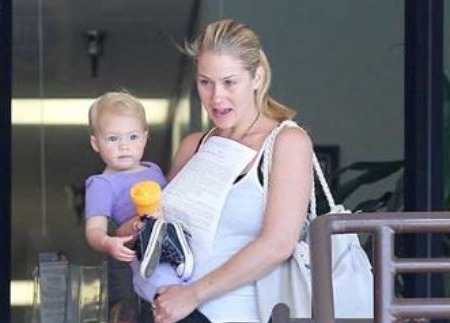 During a private ceremony at their house in LA, the bridal gown was designed by Maria Lucia Hohan while the couple wore a ring that jeweler Neil Lane specially designed.

The engagement between Christina and her Dutch bassist husband took place on Valentine's Day in February 2010. Once, Christina told PEOPLE Magazine that she had been friends with LeNoble for 13 years. Christina is three years junior to her partner.

In July 2010, the couple was expecting their first child together. On Janaury 27, 2011, the couple gave birth to a baby girl, Sadie Grace LeNoble. In an interview with Scholastic Parent & Child, she discussed motherhood.

To date, Martyn has always supported her career and professional ambition. The couple has been deeply committed to each other for many years. After nearly a decade of marriage, there are no rumors of separation. The family seems to live together forever, keeping their relationship secretive.

The marriage between Martin LeNoble and Christina Applegate isn't the first for both. From 2001 to 2007, the Dead To Me actress was hitched to fellow star Jonathon Schaech. The pair are no longer together as Jonathan filed for divorce in December 2005 in mutual understanding. 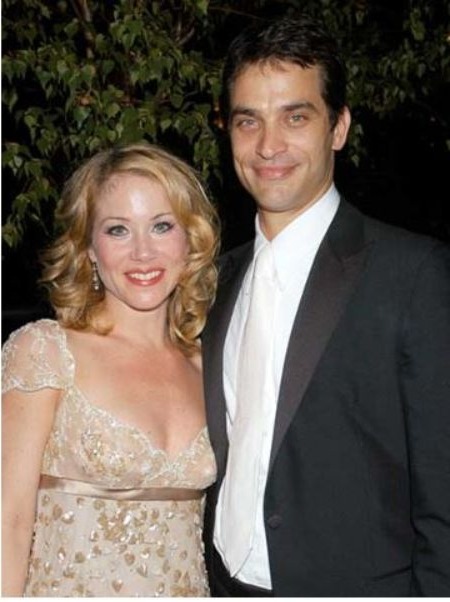 After the actress separated from her first husband, she dated Lee Grivas in 2005. To add more, the Alaskan fisherman and Applegate met via a dancer in her Broadway show, Sweet Charity.

The former flames appear to be head over heels for one another. However, Lee's problem with drug addiction started to bring an issue in their affair. The two called it quit in 2008. He was termed as dead on July 1, 2008, in his room.

There is not much detail about Martyn's first wife, but the lady once mentioned in an interview that she was a part of a Velvet Underground cover band as a musician.

As per the source, Martin welcomed a child named Marlon from his earlier relationship. Marlon frequently appears on her own social media platform; Once, her proud father boasted her royal purple cap and gown.

What Is Martin LeNoble Famous For?

Christina Applegate grew up around the music in Holland. The musician used to play bass in a local Dutch punk rock band before relocating to Los Angeles in 1989 to pursue a professional career in music.

Check out the video of Christina Applegate on the Walk of Fame.

"I got here in '89. It was weird, man, I was 20, and I landed here with $75 in my pocket, Martin once stated. Later, he got a chance to play bass for numerous bands, such as Jane's Addiction, The Cult, and Too Free Stooges.

Christina Applegate - Talked About Her Health

As per PEOPLE magazine, the actress disclosed that she was diagnosed with numerous sclerosis in the summer of 2021. While struggling with the disease, Martyn served as her rock. "Hi, friends. A few months ago, I was diagnosed with MS. Its been  a strange journey. Its been a tough road," Christina revealed on her Twitter. 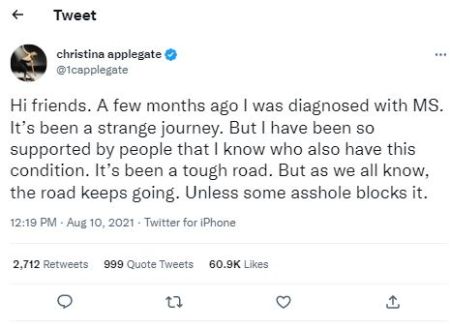 In 2008, a Dutch musician supported his wife when she was diagnosed with breast cancer, which caused a double mastectomy and removal of her fallopian tubes and ovaries.